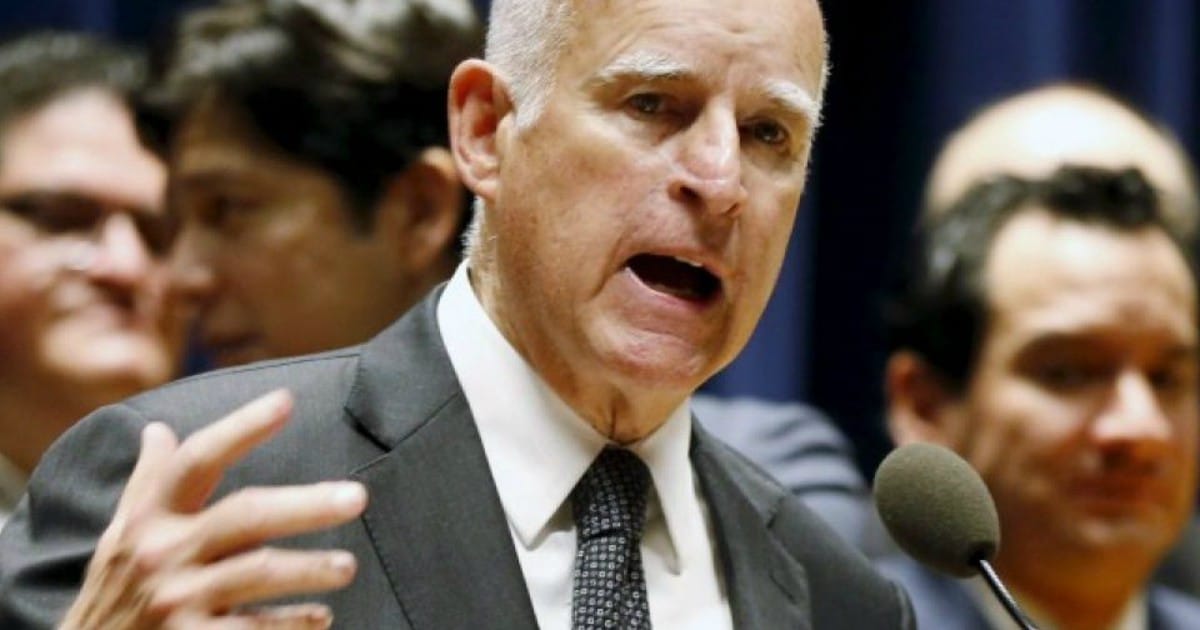 Time and again we learn how broken the leadership is in California.

Their radical, Socialist agenda has turned the beautiful state into a nightmare. The super-liberal leaders continue to raise taxes, protect illegal immigrants, and drive businesses to other states. Meanwhile their infrastructure suffers, posing great risk to citizens.

Now they are pushing for greater changes that will make CA unlivable. California lawmakers are stepping up their climate campaign ahead of President Donald Trump’s decision Thursday on whether to leave the Paris climate accord.

Democratic Gov. Jerry Brown is pushing state leaders across the country to demonstrate support for the nearly 200-nation agreement if Trump pulls out of the coordinated response to global warming…

Brown signed the Road Repair and Accountability Act, an unpopular law that imposes a 12 cent per gallon increase on Californians, and raises the tax on diesel fuel by 20 cents per gallon. Republicans signed signatures for a recall effort against one of the Democrats who supported the bedraggled law.

Yesterday, Trump officially withdrew the United States from the Paris Climate Accord, saving an estimated 6 million U.S. jobs. The Accord was a terrible agreement that punished the United States, while rewarding the largest polluters of the world like China and India.

But leaders like Jerry Brown don’t seem to care. They only use the issue of the environment as a means to push Socialism. They tax good businesses and punish consumers, with little proof their changes improve the climate.

It’s one of the left’s biggest lies. And thanks to Trump, the United States will play no part in it.

Yet day after day California continues to rebel against our Commander in Chief. They shove terrible, toxic policies down the throats of their citizens. They reward criminal aliens and punish small businesses with ridiculous taxes.

Time will tell how much damage those empty-headed liberals will do to their people and state.