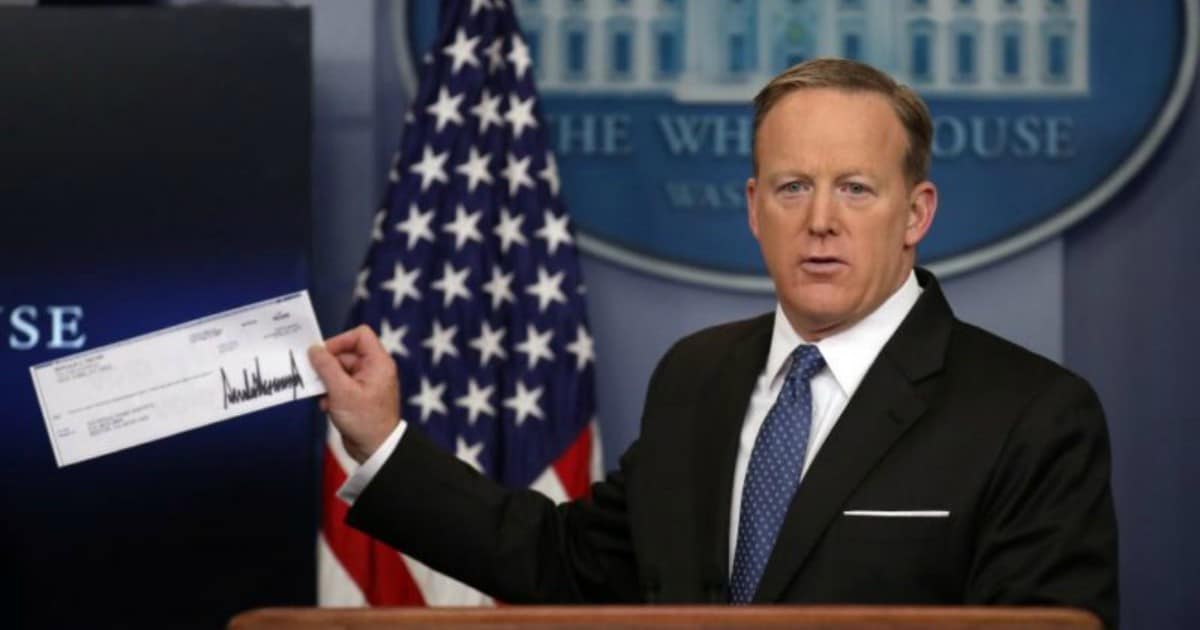 Donald Trump just proved that he’s not in the White House to line his own pockets. He’s keeping his promise to make America great again – both the past, and the present.

The salary of the president of the United States is $400,000, a sum of money that Trump neither needs nor wants. He’s certainly rich enough to do without it. He’d promised to give his salary away to charity, but had given no word on what charity he wanted.

Trump made the best possible choice, however, especially in light of our country’s controversy over Confederate Monuments – all of his first quarter paycheck is going to restore old Civil War Battlefields.

President Donald Trump donated his first presidential salary toward the restoration of two projects at the Antietam National Battlefield, a Civil War national park in Maryland. After his initiative, others stepped up to donate as well.

Trump’s first quarter presidential salary check [was donated] on April 3, [and] totaled $78,333. After that amount was announced, others stepped in to help “preserve, and protect America’s historic battlefields.”

First, an anonymous donor pledged $22,000 to add to President Trump’s donation, bringing the total to just over 100,000.

Then, the Civil War Trust and the National Park Foundation along with the Save Historic Antietam Foundation pledged additional funds, bringing the total donation to $263,545.

Antietam is one of many old Civil War sites that is in urgent need of care and funds. It’s the site of – you probably guessed it – the Battle of Antietam.

It’s one of many Civil War battles that fit a basic pattern: technically, Robert E. Lee loses, but his military skill destroys more of the Union Army than the Union Army does his.

The site’s got a long list of things in need of repair, and those in charge are beyond thrilled that Trump sparked so many other donations with his own.

Making America Great Again, past and present. Trump is fulfilling his promises, indeed.