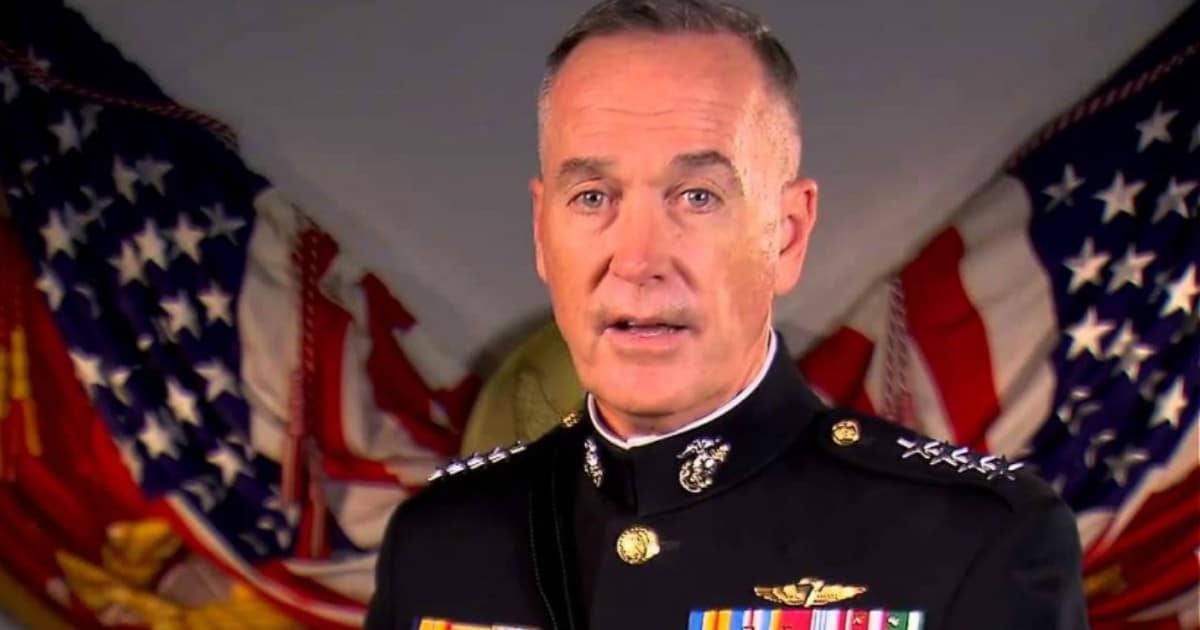 The world is a dangerous place.

There are forces out there that daily seek to eradicate the United States. They want nothing more than to reduce our great country to rubble.

What stops them is the might of our Armed Forces. Yet recently, a top general declared something is wrong with our military. And it just might affect our nation.

The U.S. military’s competitive edge is “eroding” thanks to nearly 16 years of war and uncertain defense spending, according to the chairman of the Joint Chiefs of Staff.

Marine Corps Gen. Joseph Dunford warned both the House and Senate Committees on Armed Services that the U.S. could lose its qualitative and competitive military edge.

Dunford and Secretary of Defense James Mattis briefed the committees Monday and Tuesday, but the message was clear — the U.S. needs a stable defense budget to keep its dominant military status…

Much of the military’s loss is due to the “extraordinarily high level of operational tempo,” which has put a significant burden on U.S. forces. Dunford noted that a great deal of defense spending goes to ensuring near term readiness instead of improvements and upgrades…

The U.S.’s response to terrorism over the last sixteen years has put a burden on our military. While we have made gains, our enemies continue to advance.

Our focus has been only maintaining these campaigns around the world—not on improving our technology and tactics. In addition to this, dangerous nations like Iran and North Korea keep improving their capabilities.

If we continue on this course, we might be in a bad position in the future. Our enemies will have advanced weapons, but we will struggle to keep up.

Unless our government repeals the Budget Control Act of 2011, our military will not have the resources it needs to improve. We will limp along as our enemies learn to run.

We cannot afford that.