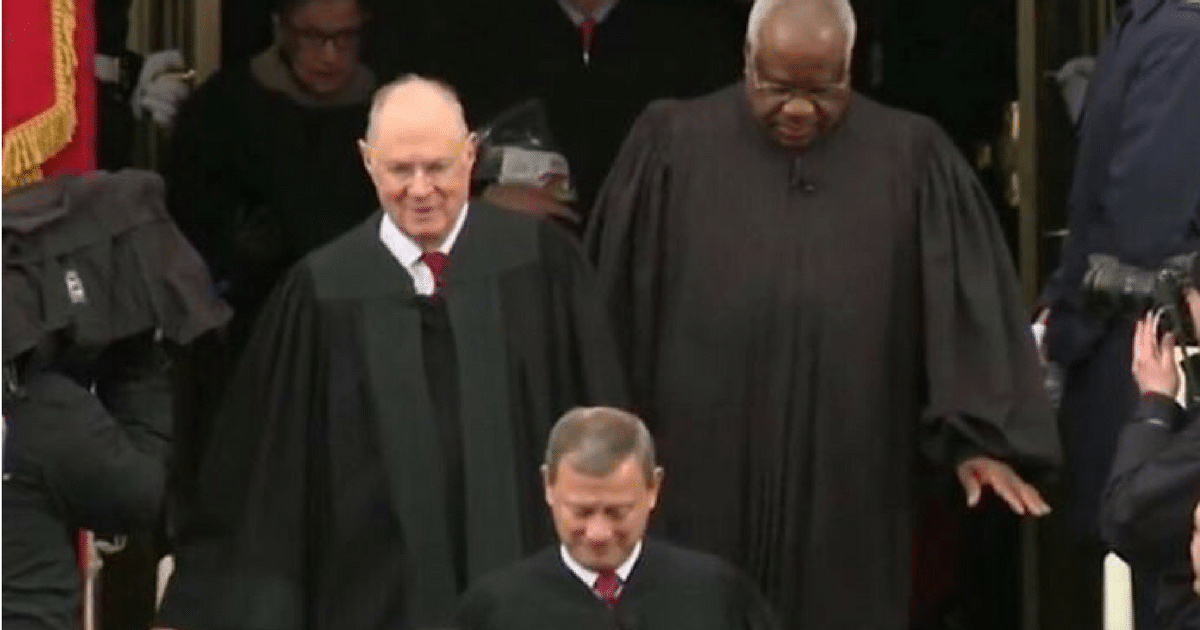 Liberals have spent a generation infiltrating places of influence around the US. It’s why fighting the culture war is so hard for conservatives today – and why a recent ruling from the Supreme Court is a shocker.

Fact is, libs are prevalent in education, lower courts, and entertainment. And those three areas have been united against Trump.

Especially, of course, the lower courts. They’ve banned every version of Trump’s Travel Ban so far, and Trump’s had to take his case to the Supreme Court.

But that court just sided with him on at least one thing – letting in refugees. Or not letting them in.

The Supreme Court granted the Trump administration’s request to block an appeals court from preventing the president’s travel ban from disallowing certain refugees to enter the country.

That’s a long-winded way of saying that the Supreme Court just sided with Trump. Sort of.

Because, if you’re paying attention, you’ve probably remembered by now that the Court hasn’t actually ruled on this yet. Or even heard any arguments about it yet. It’s scheduled in roughly a month.

So, if the Supreme Court hasn’t even heard the case yet, what in the world did they rule?

That lower court ruling would have opened the United States’s doors to upward of 24,000 refugees. The Supreme Court’s decision came after one of the justices temporarily stayed the lower court’s ruling and just a month before the Supreme Court will hear oral arguments on the travel ban as a whole.

Trump enacted his Travel Ban 2.0. Lib courts around the US tried to block it, and one succeeded. Trump took the lib judges to court, and the case will be heard by the Supreme Court in a month.

In the meantime, though, Trump wasn’t allowed to block any refugees from entering the country – at least, not until the case was finished.

But now he can, thanks to SCOTUS.

The Court, in short, ruled that Trump still gets to pick and choose who enters the country, at least while the case against his Travel Ban is being decided.

Which was probably the Left’s intention all along.