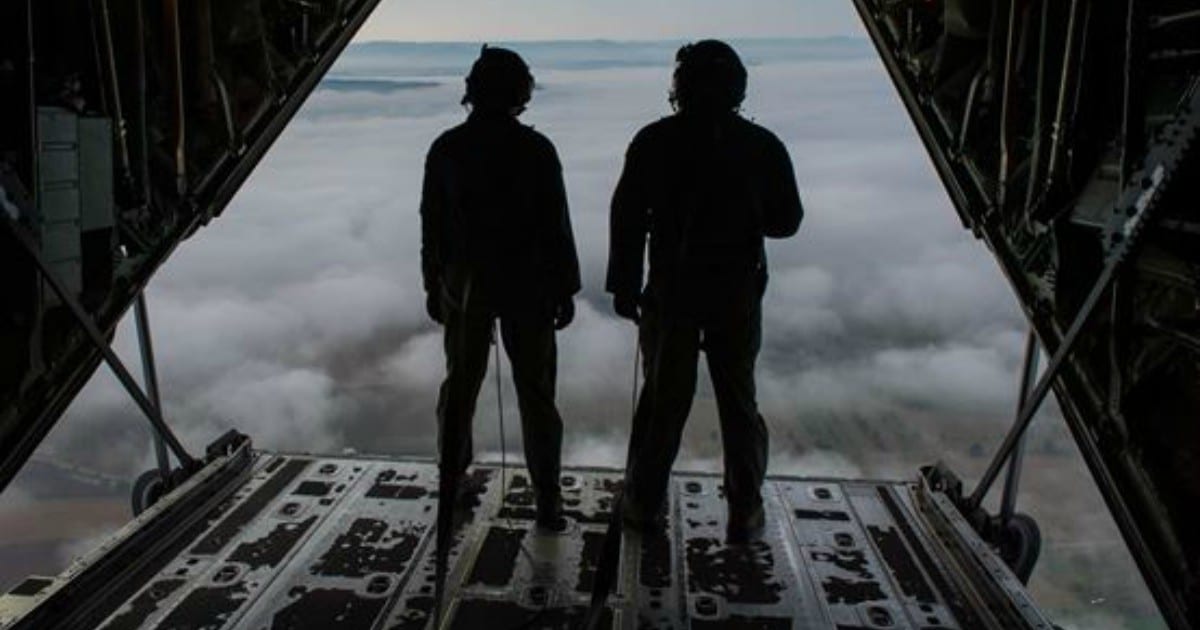 There’s a good reason that the US military trains American servicemen o stay disciplined and awake for days on end. If even one soldier drops the ball, missions and American lives are put at risk. The littlest mistakes can lead to the loss of men, money, and munitions.

Even if the mistake happens to be hilarious.

And the third? Try not to make the mistake in the first place. Try not to drop the ball.

Or, in this case, the Humvees. From a cargo plane. While flying.

(You read that correctly.)

Army Sgt. John Skipper is going to court-martial after being charged in connection with Humvees plummeting out of an aircraft to the ground.

[The incident] occurred at the Hohenfels Training Area in Germany, [where] three Humvees were dropped from an aircraft and plummeted straight to the ground, as their parachutes did not properly deploy. The parachutes for 150 other bundles deployed without incident. Each Humvee can cost as much as $220,000.

The ‘destroying government property’ charge is the one we should focus on. Because the assumption that both the Daily Caller and myself are making is this: the Humvees dropping was an accident.

Ever seen eight Humvees dropped out of the back of a C-17 Globemaster at 5000 feet? #AirForce https://t.co/pZSHfrhaEL

If it wasn’t an accident, then Sgt. John Skipper is in a lot of trouble.

Destruction of government property is an offense, according to Article 108 of the Uniform Code of Military Justice. If the offense is willful, Skipper could be sentenced to as many as 10 years in prison and receive a dishonorable discharge, in addition to forfeiture of all pay.

As of now, though, the charges Skipper is facing are these: unprofessional conduct. And that conduct comes with a simple lesson: don’t laugh at the destruction of government property, film it, and then let someone post the video to YouTube.

That, more than anything else, is what earned Skipper the court martial.

Especially not visual evidence of nearly $700,000 worth of damage.