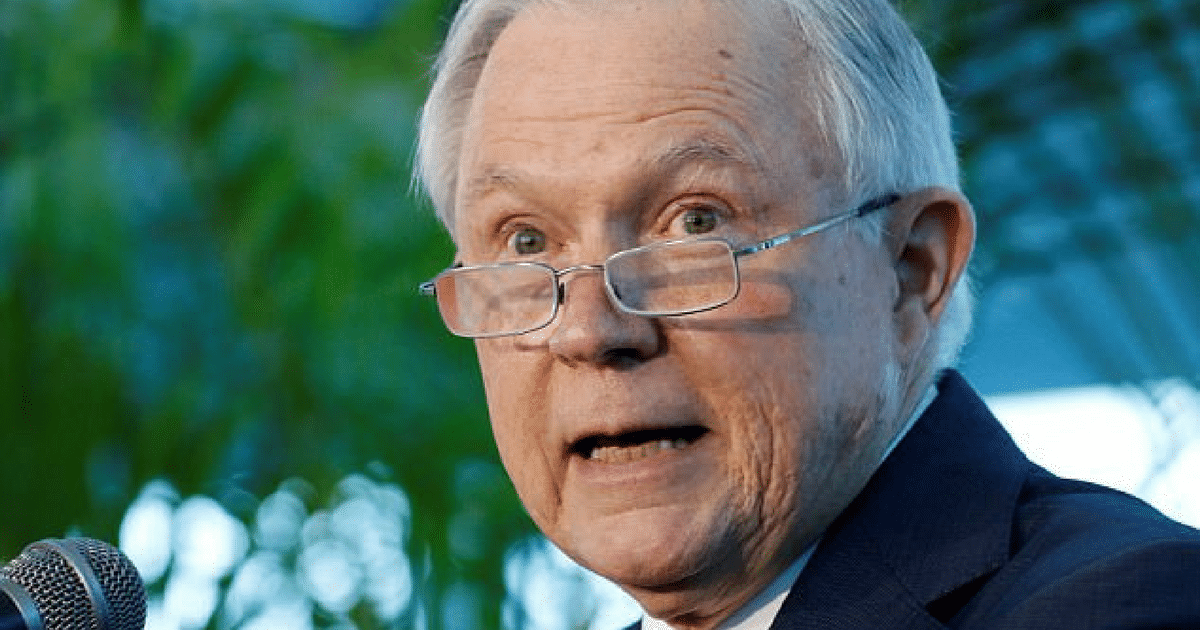 You know things have gotten out of hand when the boss’ boss’ boss has to step in and set people straight.

And the liberal War on Free Speech in this country is just that out of hand. Americans can’t protest, watch a speech, or express an opinion anymore without getting attacked. Sometimes literally.

It’s why Jeff Sessions is ready to intervene in college free speech cases – and to throw the full weight of the Justice Department behind attacked conservatives.

Speeches by right-wing figures have been derailed by protests and threats of violence.

AG Jeff Sessions: DOJ will do what it can to make sure colleges don't limit free speech. #Tucker pic.twitter.com/dX86v2CkQn

That last paragraph is really, really putting it mildly.

And it’s not like the universities didn’t want these speakers there in the first place. They took their invitations back, after too many leftist students complained. Or, rather, just threw a b*tch-fit.

Jeff Sessions speaks out against safe spaces and says free speech is under attack on college campuses. https://t.co/DwYCQqi67h pic.twitter.com/CB15U4LD9j

And while I’d love to say that the free-speech minded generation of young college scholastics, fearful of what would happen in an America dominated by a tyrannical hive-mind, rose to the occasion and demanded that the Right Voices be allowed to speak, so that the Left Brains might consider, deliberate, and appreciate what a wonderful thing the First Amendment is for this fragile country…it _just_ didn’t happen that way.

Which is why the only recourse for most college conservatives is to sue the college. And demand that they respect the First Amendment.

And that’s just…a helluva lot easier to do if you have the US Attorney General at your back.

“Protesters are now routinely shutting down speeches and debates across the country in an effort to silence voices that insufficiently conform with their views,” [Sessions] said.

As he spoke, the Justice Department announced it would lend its support to a student who [argued] his rights were violated when administrators limited where he could preach Christianity on campus.

Huh. Sessions matches his words with his deeds.

We could use more guys like that in DC.