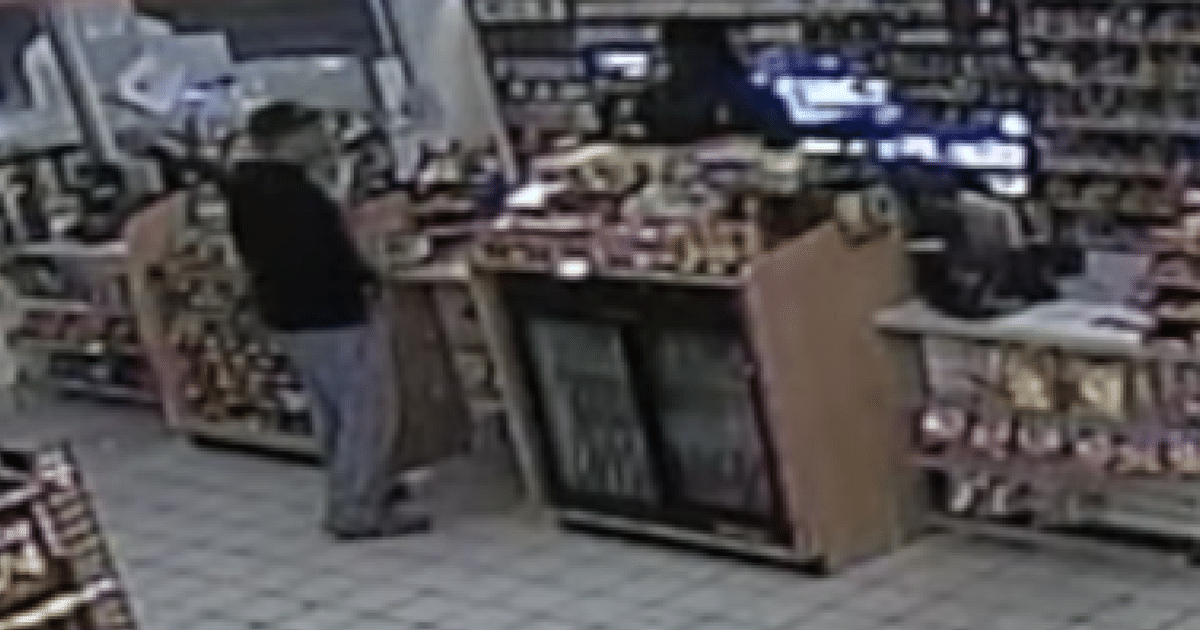 Any self-respecting gun owner understands one thing – in a life-or-death situation, a well-worn firearm is often the only thing that will save you.

Unless you’re not allowed to have one. In which case, you’d better hope to god you have other means of protecting yourself. And this particular store clerk did.

Keep in mind that the clerk might well own a firearm – I don’t exactly know. What I do know is that he wasn’t allowed to bring it with him to work…which makes it difficult to foil a robbery.

Unfortunately for the burglar, the clerk had good fists. The knockout punch, delivered by a store clerk, was captured by a security camera.

The punch wasn’t reckless, mind you – because, luckily, burglar Andre Young wasn’t carrying a gun himself. Far from it.

He had a box cutter. And if you’re wondering how he could, with an extremely small knife, threaten a clerk from the other side of a counter, get this: he decided to leap over.

Which, as you may have guessed, was the perfect time for our clerk to throw a perfectly timed hook.

During an interview with police at the hospital, Young claimed he was holding the knife-like box cutter to cut something off his shirt.

When an officer pointed out it’s not smart to carry a blade and try to jump a counter if you’re not robbing someone, Young replied, “Man, I was drunk.”

I hope so. That would explain the stupidity.

In fact, the entire robbery was quite obviously poorly planned. Props to the store clerk for knowing a foolish burglar when he sees one.

“The defendant went into a Speedway gas station, brandished a box cutter, and stated, ‘we can do this the easy way, or the hard way.’ The cashier luckily was able to defend himself and incapacitate the defendant until police showed up.”

The best part, however, is Young’s first court appearance:

Young appeared in court on crutches, [with] a severely bruised left eye.