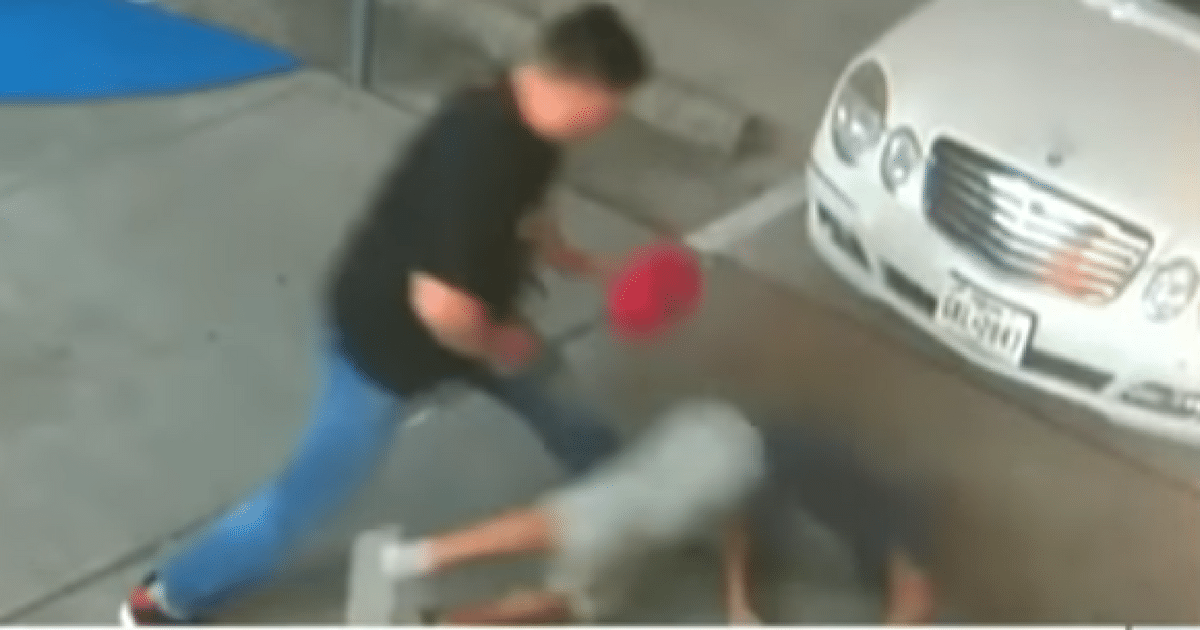 The best argument for owning a gun – the most visceral, personal argument – isn’t the 2nd Amendment, or protection against tyranny. It’s simple self-protection.

Although you’d have to be awfully quick for it to work in this particular instance.

Face facts for a moment – home invasions, robbery, or street muggings are all fantastic, and sufficient, reasons for owning a gun. No amount of Constitutional knowledge is going to provide a good defense against an attacker. Muzzles do.

Of course, if he hits you in the back of the head, you’re going to need quick reflexes.

Provided, of course, you aren’t knocked out cold.

Which brings me to the Conservative Tribune:

Police are not going lightly on a punk who sucker punched a man in a restaurant parking lot.

Surveillance video showed the victim walking when a man ran from behind and hit him in the back of the head, knocking the victim out cold. The attacker then walked away from the scene.

The scariest part about this particular attack isn’t so much the unconsciousness – although that truly sucks. Concussions aren’t pleasant.

No, the most frightening part is the nonsensical nature of it. This attack was random. Unplanned, unanticipated, and unpredictable.

Not even a trace interaction between victim and perp existed.

There was no altercation inside the restaurant between [the attacker] and the victim before the attack.

Which means, if we’re keeping track, that a man was knocked unconscious for no reason whatsoever, by an attacker he didn’t know, for a grievance that didn’t exist.

And the only reason we know it happened is because it was randomly captured on camera.

It’s difficult to conclude anything else but this: self-protection isn’t something that can be simply left to the authorities.

Those authorities, after all, go off of motive, evidence, and reasoned suspicion. Randomly knocking someone unconscious doesn’t hit any of those points.

Truth be told, you need a gun. Buy it, train with it, get your permit, and carry it.

And it’s a good bet no one will be punching you in the back of the head.