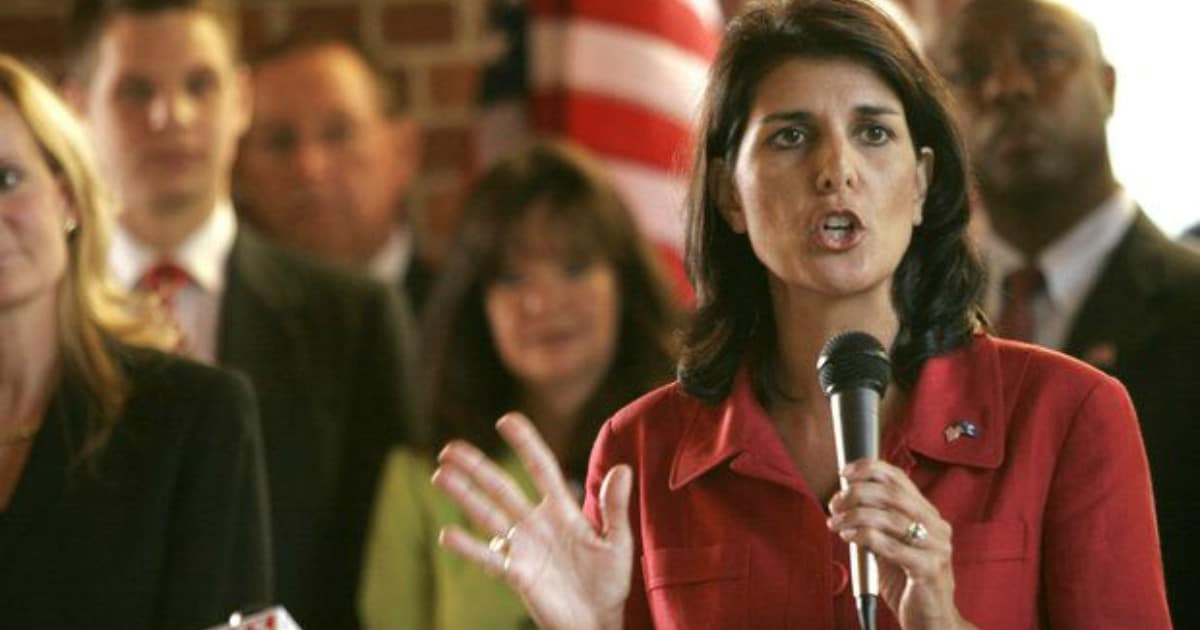 For far too long the United States has not led.

All that has changed. Under President Trump, America will be put first. That just doesn’t mean he will negotiate trade deals that help American workers, it means that we will work to ensure American values like freedom and liberty are protected around the world.

That means standing against nations that pose a threat to us and our allies.

She took a strong stance against Syria before the United Nations and the world, as she called out the terrible actions Assad took in killing his own people. Haley has made it clear that the United States will no longer take a back seat to atrocities and injustice.

Now with new threats lingering on the Pacific, she is showing the world that the U.S. will take action, if it’s needed.

As the world braces for a possible North Korean nuclear test, Chinese President Xi Jinping on Monday urged restraint in a call to President Donald Trump. America’s U.N. envoy warned of a strike if Pyongyang attacks a U.S. military base or tests an intercontinental ballistic missile…

Nikki Haley, Trump’s U.N. ambassador, said Monday the U.S. wasn’t looking for a fight with Kim and wouldn’t attack North Korea “unless he gives us reason to do something.” She praised China’s increased pressure on North Korea.

Asked about the threshold for U.S. action, Haley told NBC’s “Today” that “if you see him attack a military base, if you see some sort of intercontinental ballistic missile, then obviously we’re going to do that.”

But asked what would happen if North Korea tests an intercontinental missile or nuclear device, Haley said, “I think then the president steps in and decides what’s going to happen.”

For far too long North Korea has been threatening the United States and our allies in the Pacific. While they may not have had effective weapons in the past, they are working aggressively to improve their nuclear capabilities. That is a danger the world cannot live with.

Past administrations have ignored North Korea, allowing the rogue nation to take greater steps in threatening the world. But under Trump, our U.N. ambassador is making it clear the North Korea will no longer be allowed to play games.

Should North Korea endanger our military or people overseas, we are going to act. Both Trump and Haley are telling the world that North Korean aggression will no longer be tolerated.

Imagine if North Korea was allowed to stockpile nukes? Imagine if the U.S. and other nations looked the other way as they harassed South Korea, Japan and any number of other nations? A terrible conflict could arise, if we did nothing.

But thankfully we have leadership that will take a stand against Kim Jong-Un and his trigger happy military. They will think twice about testing more nukes, or face the swift wrath of the U.S. military.