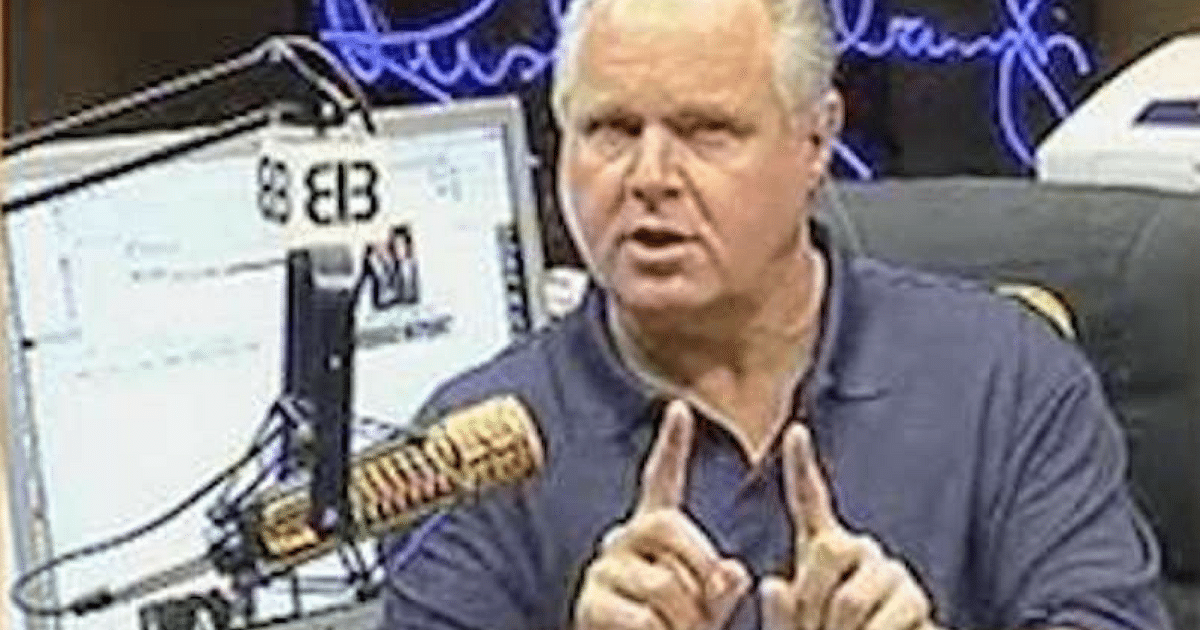 You may have heard the news that Trump struck a deal. And that he gave up on The Wall, as part of that deal.

If it was true, it’d be perfect for libs. They’ve been wanting Trump to cave since Day 1. And they’ve been blocking everything he does, just to make that happen.

The problem is, as you know, that Trump doesn’t cave. That’s how he made his success in business.

What’s really going on, then? According to Rush Limbaugh, it’s simple: the Media is lying again.

And this time, they’re being extra devious about it.

Included in the deal was Trump backing away from [the] border wall. Limbaugh suggests the rush to get the story out [was] motivated by Democrats and the media seeking to drive a wedge between Trump and his supporters.

The last sentence says it all. And Limbaugh is exactly right.

Fact is, Trump is willing to deals with anyone – Republicans, Democrats, Russians, China, anyone – if it furthers his agenda and campaign promises. But he’s not willing to compromise on anything. There’s a big difference.

So the idea that Trump caved, and agreed to back off of building The Wall to get a DACA deal done? That’s absurd.

Of course, the only reason anyone ever believed it was because the Mainstream Media told everyone it was true.

And perhaps that should have been our first red flag.

All the noise re DACA coming b/c of a deal with democrats can be summed in Limbaugh's statement – "who does he think put him in office?" 1/2

I stop and I ask myself: Would Trump really do this?

Does Trump not know how he would blow up the entire support base he has by taking the wall off the table while granting amnesty to anybody? I don’t care if it’s children, if it’s seasoned citizens. I’m asking myself: Would Trump really do that?

Remember something, folks: The media’s primary task has been to separate you, if you are a Trump supporter, from Trump. That has been their objective. They know they can’t [destroy Trump]. So they’ve been trying to drive a wedge between you — Trump supporters — and Trump.

I confess, it’s a good plan.

But all it takes for that plan to fall apart is for people to simply not believe the Mainstream Media.

And given its track record, that shouldn’t be too hard.