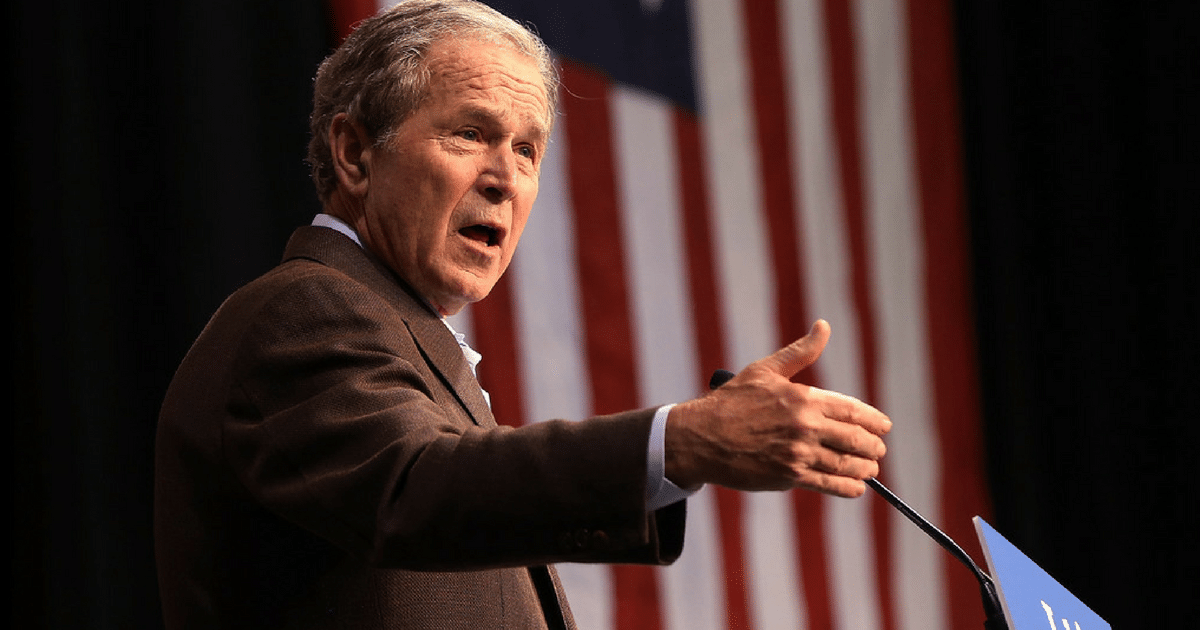 The 43rd President of the United States took to the podium at the institute that bears his name, but this wasn’t a time for reflection.

Instead, the former president surprised observers with a stirring condemnation of the current political environment.

While he didn’t name him by name, it’s not too much of a leap to assume that he was pointing fingers at the current occupant of the Oval Office.

Breitbart shares the details on what he had to say.

Former President George W. Bush delivered a public repudiation of President Donald Trump’s political identity, suggesting many aspects of the current administration are fueling division in the United States and around the world. 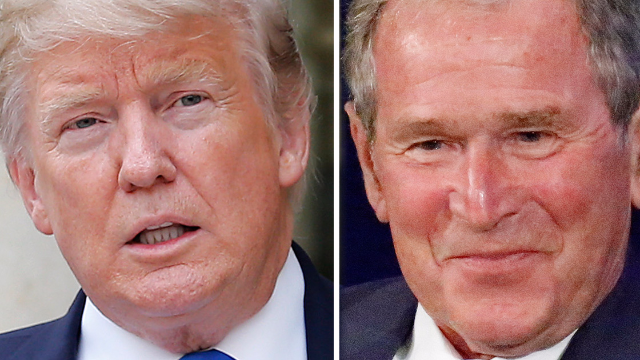 The former president defended the ideas of globalism, free trade, and free markets as well as foreign interventionism around the world in a speech at the George W. Bush Institute.

“We cannot wish globalism away,” Bush said, noting that the United States must sustain “wise and sustained global engagement” for the future of the country.

As Bush sees it, the current political climate is far too toxic. He’s not alone in that assessment.

The former commander-in-chief is especially concerned about the disturbing sentiments that seem to be taking hold.

“We’ve seen a return of isolationist sentiments forgetting that American security is directly threatened by the chaos and despair of distant places,” he warned.

Bush urged Americans to “recover our own identity,” citing a commitment to global engagement, free and international trade, and immigration.

“We’ve seen nationalism distorted into nativism, and forgotten the dynamism that immigration has always brought to America,” he lamented.

“Bigotry seems emboldened, our politics seems more vulnerable to conspiracy theories and outright fabrication,” he said. “There are some signs that support for democracy itself has waned especially for the young.”

As a former president, Bush’s words rightfully carry a ton of weight. His remarks are being seen as a stirring rebuke of Trump, and that’s pretty startling for a former president that generally stays out of the fray.

Bush is spot on that the current environment is toxic. However, there’s plenty of fingers to point in that regard.

Trump is far from innocent, but there’s another side of the equation that needs to be given equal consideration. The identity politics of the Left have been on the rise for years, and it’s kicked into overdrive in the Trump era.

Isn’t that contributing to the divisiveness? The smart money says that it is.

If we add in the fact that the overwhelming majority of mainstream outlets go out of their way to portray Trump and his administration in a negative light, it’s little wonder why there’s such a stark divide on a number of fronts at the moment.

That’s not going to fix itself. In a perfect world, Trump and company will remain above the fray and do the job they were elected to do.

If that comes to pass, then perhaps Democratic leadership and their pals in the press could stop treating every day that Trump is in charge as if it’s the end of the world.

We won’t hold our breath, but we’ll hold out hope that civility and standards return to the overall political discourse in the near future.