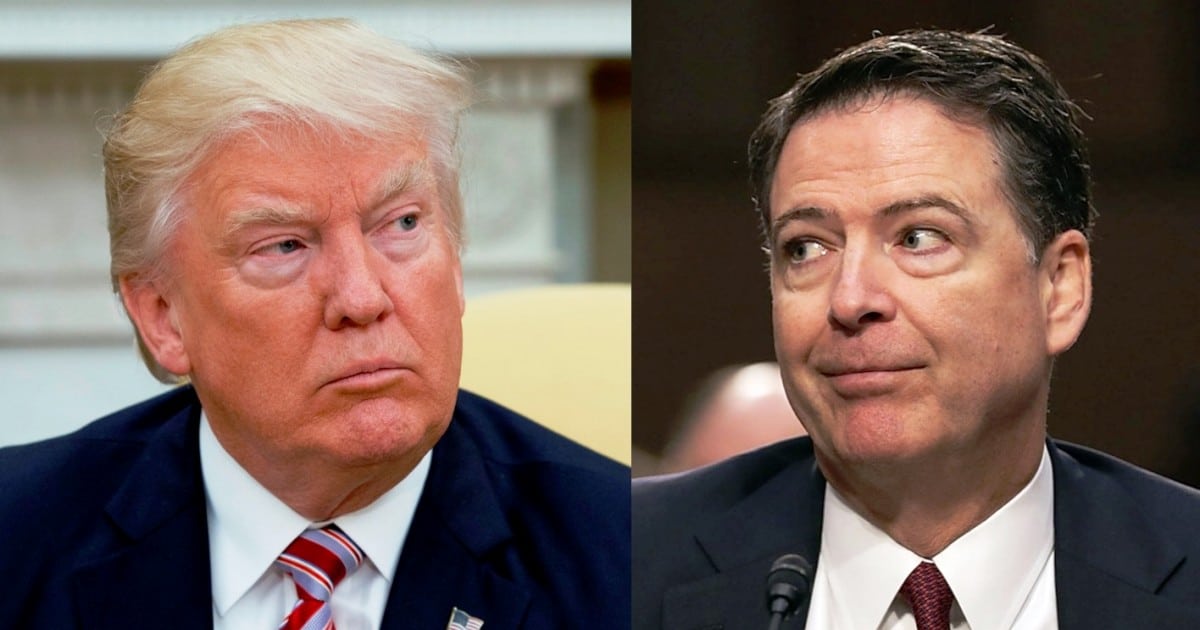 The war between Donald Trump and his former FBI director James Comey is already the stuff of legend.

Now the war of words has suddenly turned into a firestorm as a new report reveals that there was much more to Comey’s supposed personal notes about meetings with Trump than he told the American people, the media or congress.

Now the President is on the warpath!

It all started with an investigative report and a tweet… 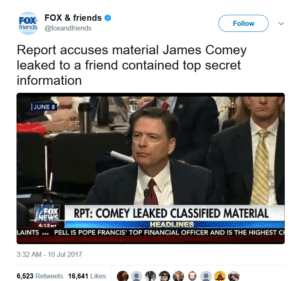 Then the president stepped in and blew it up!

As the day has gone on, we have begun to learn just how much deep water James Comey is in…

More than half of the memos former FBI chief James Comey wrote as personal recollections of his conversations with President Trump about the Russia investigation have been determined to contain classified information, according to interviews with officials familiar with the documents.

This revelation raises the possibility that Comey broke his own agency’s rules and ignored the same security protocol that he publicly criticized Hillary Clinton for in the waning days of the 2016 presidential election.

Of course the real fun of this is the reaction of the media who once more broadcast fake news and have been once more exposed as the lying fools that Trump has repeatedly made them into.

As for Comey, the media boyscout looks more and more like just another swamp dweller.