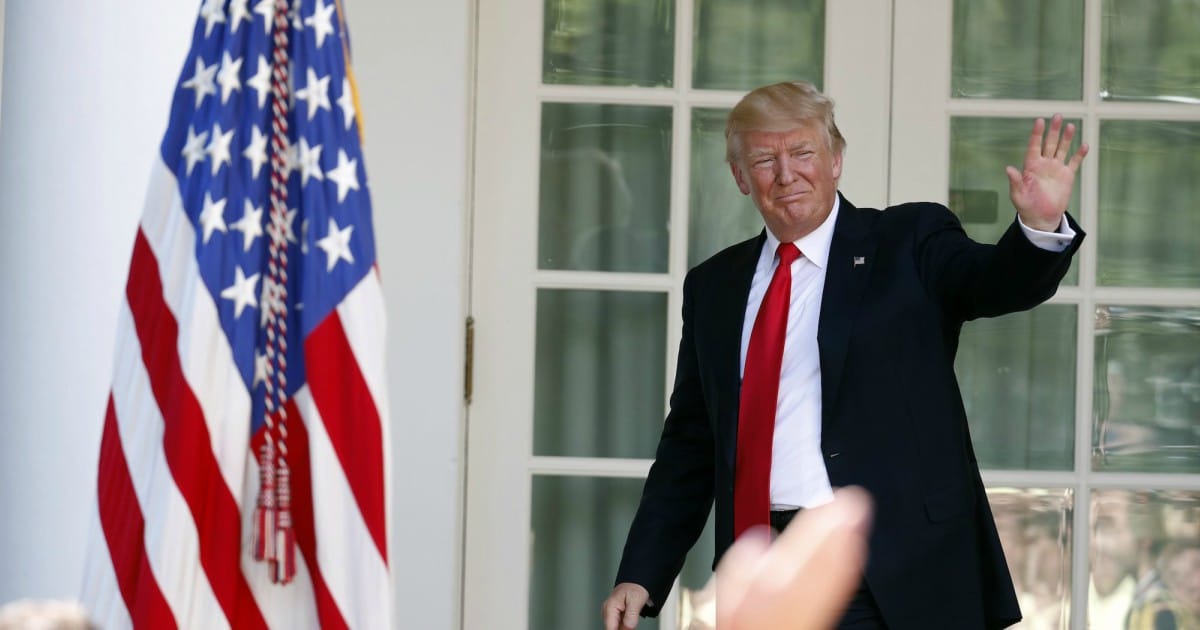 Donald Trump made his way to the top by refusing to compromise, and Americans loved it. He’s been holding fast to his principles and promises ever since, and Americans are still loving it.

But most of them would be very surprised to learn that one of Trump’s big compromises happened a few days ago, and right under their noses.

My guess, though? Americans will still love him for it. But it’s started a big fight in DC.

After all, there’s a lot of Congressmen who didn’t want the Border Wall money to come from transgender troops.

President Donald Trump issued a ban on transgender people serving in the military to ensure that House Conservatives didn’t derail funds for the border wall.

Trump’s stunning Twitter announcement came after defense hawks and social conservatives had threatened to blow up the appropriations bill if it did not include a ban on Pentagon funding for gender reassignment surgeries.

Conservatives had long been leaning hard on the president to cancel an Obama administration initiative to admit transgender people to combat roles and pay for medical treatment plans.

The conservative Republican Congressmen who wanted Obama’s orders pulled back? They figured out one thing, real quick – when you need something done, go straight to the top.

Facing resistance from Paul Ryan and moderates, they took their concerns to the Pentagon, but Mattis refused to immediately rescind the Obama policy on transgenders in the military.

With few options left, Rep. Vicky Hartzler went straight to the White House, warning the president that GOP conservatives were prepared to scrap the spending bill containing border wall funds and a hike in defense spending.

Trump responded in typical fashion, tweeting out an order that surprised even those who had lobbied for changes to the transgender policy.

Trump promised a wall, and he’s shown time and again that he’s prepared to deliver.

But getting the money this way is sure to bring him a big fight. And not all conservatives are going to be on his side.

After all, telling a group of people that they can’t fight for their country is a big deal, no matter what your reason is. Even Mattis isn’t sure he wants to go that far.

But Trump’s policy does completely disprove one thing: all those who pushed the lie that ‘this President will never get things done, because he won’t compromise.’

Sure he will. You just have to go straight to his office.