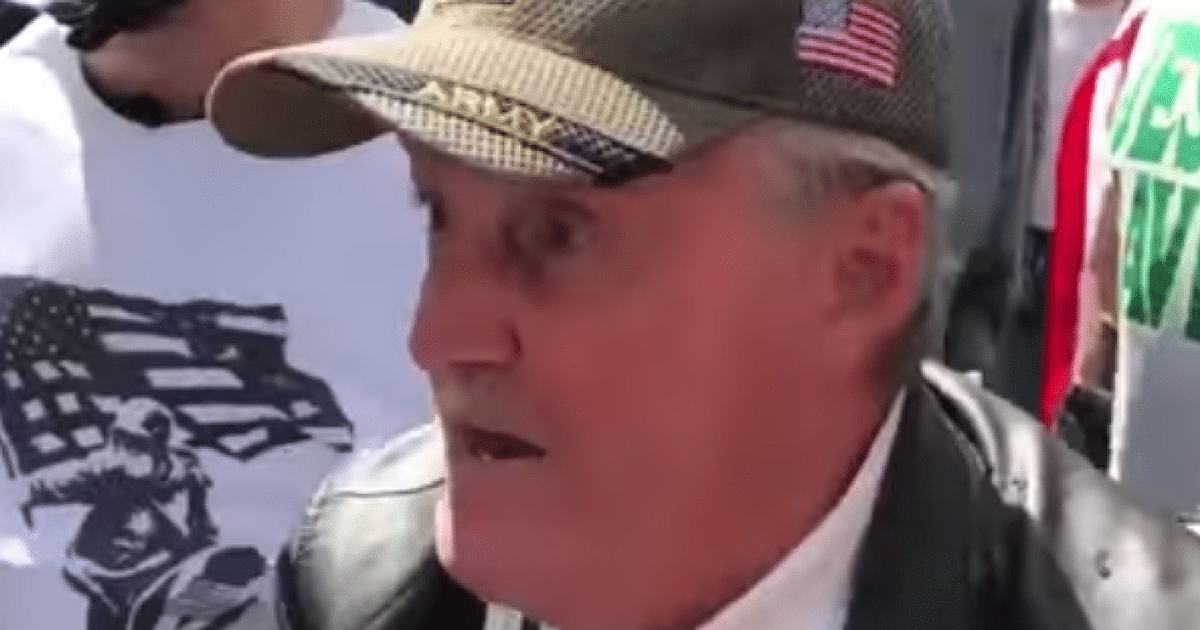 First, don’t wear a mask. Masks are for liars. If you really believe the things you’re saying, let the world see who you are.

Second, don’t attack a veteran for being unpatriotic. Especially a veteran that fought the Nazis and the Japanese during the grisliest war the world has ever known.

But if you do happen to do those incredibly stupid things, please don’t be surprised if someone curses you up and down. Especially if that someone is the veteran himself.

After all, you’re behaving like a bast*rd. And he’s a f***ing patriot.

As absolute chaos unfolded in Berkeley, California, when antifa began beating Trump supporters, journalists, and just about anyone that disagreed with them on Sunday, one disabled World War II veteran in a wheelchair took it upon himself to stand up to antifa as they got in his face.

There was one man who was not afraid of any of them.

The exchange is below. I could offer a transcript, but I simply couldn’t do justice to the exchange. Just watch:

I could watch this over and over.

Or at least until Antifa members start soaking the disabled vet with bottles of water. Then I’m about ready to don a mask and do some shouting myself. Just in the other direction.

There’s not a lot you can say in defense of liberals here. After all, no matter where you stand politically, it’s pretty much a no-brainer that a World War II vet deserves your respect.

And if he doesn’t get it? There’s only one conclusion – liberals are idiots. Antifa are thugs. Simple math.

The truly brave ones aren’t the ones protesting, mind you. They’re the ones that have already been shipped overseas, faced the Germans at Normandy, the Japanese at Iwo Jima, and returned to stand for their freedoms one more time.

None of that disappears just because they also voted for a guy the Left happens to hate.