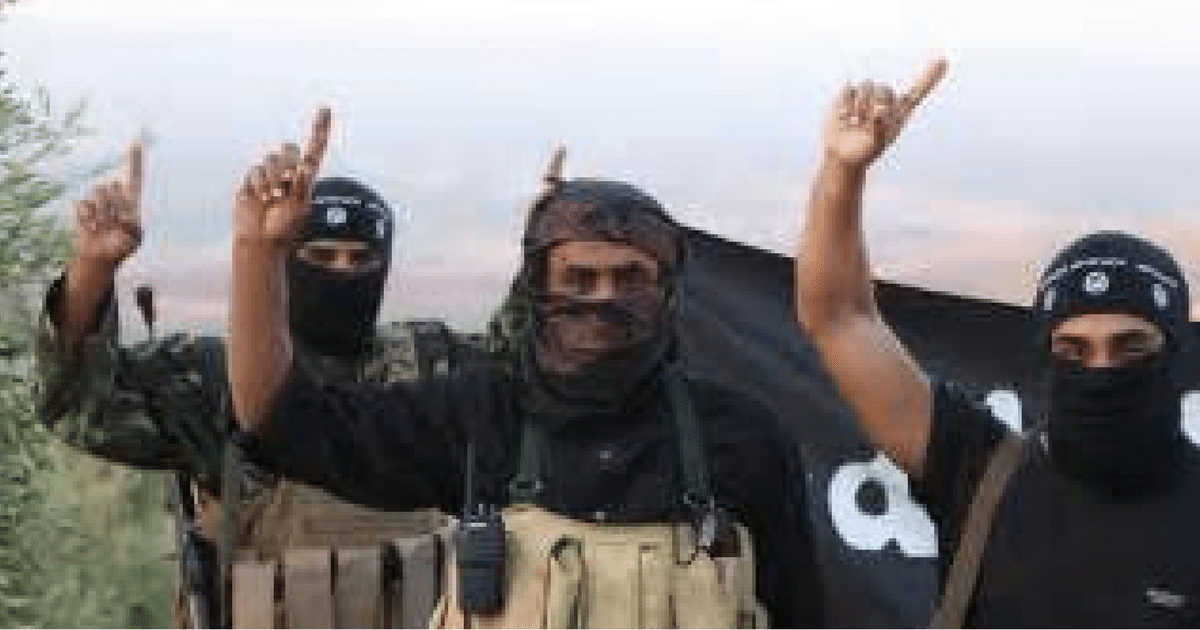 Through all the headlines of war and tensions around the world, we cannot forget the ongoing threat of ISIS.

This terrorist group may be losing ground in the Middle East, but they are not gone. In the last year, we’ve witnessed terrible acts of violence, mostly in Europe, carried out by this pack of losers. Innocent victims, many of whom were children, have been killed by this radical group of Islamic terrorists.

The United States is making inroads against this group in their bases in Iraq and Syria. But they have spread like a cancer to other parts of the world. Regularly they post messages to their followers, inciting them to carry out more terrible acts of violence against non-Muslims in the West.

Recently, U.S. authorities have intercepted a message from the terrorists group. In all their acts around the world, they have not forgotten about America. While we may have enjoyed relatively little terrorism in recent months, ISIS is planning more attacks.

They sent out this message through an encrypted app called Telegram. Their hope was that authorities would not be able to read it. Thankfully, though, it was deciphered. ISIS’s latest target has been named. And it is lower than low.

According to the message, ISIS leaders are calling for their disciples to carry out attacks against relief shelters in Texas. These temporary shelters are housing victims of the devastating Hurricane Harvey.

Many are still displaced, waiting for insurance and FEMA money before they can return to their homes. Meanwhile, they are living in these shelters, dependent on the support of neighbors and charities.

To most of us, that is a glimmer of hope. To the losers of ISIS, these shelters are prime targets for their evil.

The message called for “warriors in the U.S.” to attack these relief centers, using “supplies/gadgets/toys” to kill as many “kuffs” as they can. “Kuffs” is slang for the Arabic word “kuffar,” that is unbeliever.

Of course these “gadgets” and “toys” won’t be helpful supplies. They mean weapons of death, like IED’s and other forms of explosives.

This puts even more pressure on the stricken men and women from Houston. Not only do they have to deal with recovering from the storm, but they have to worry about ISIS.

As Texas continues to claw back from the devastation left by Hurricane Harvey, supporters of ISIS have released a chilling request calling on jihadis to attack displaced individuals at relief centers.

According to messages obtained by Newsweek, a group called “Lone Mujahid” on Monday called on “warriors in the U.S.” to “pop down to Houston and drop in at any of the relief centers housing displaced people from the Houston floods, make sure to bring lots of supplies/gadgets/toys to see if you can help put any kuffs out of their misery.”

The term “kuffs” is a reference to the Arabic word “kuffar,” meaning disbeliever.

“The message ends with emoji icons of an explosion, knife, bomb, gun and medical symbols, such as a pill and an injection,” according to Newsweek.

The alarming directive was posted using an encrypted app called Telegram, which has grown popular with jihadists due to its less-than-strict takedown policies as opposed to other platforms such as Twitter or Facebook.

However, calls for violence aren’t anything new for the extremist group, which during the 2016 election called for the “slaughter” of Americans as they headed to the polls.

The FBI did not respond to Newsweek’s request for comment.

This is the lowest of the low. We knew for years that radical, Islamic terrorists were cowards. But for them to target people who are struggling to survive Hurricane Harvey, it really shows the depths of their corruption.

ISIS and other terrorist losers are too cowardly to fight face to face. In a real confrontation with U.S. military, they wither like weeds. So they resort to attacking families, children, and innocent civilians. They even have to target relief shelters, where the people are defenseless.

How can anyone with a conscious consider those acts worthy of any god? How can any ISIS follower think what they are doing is the right thing?

Chances are, with U.S. authorities intercepting this message, these pathetic losers will be too afraid to act. Don’t be surprised to learn about more police and military presence in Texas. ISIS may want to hurt us, but they’re not getting away with it.