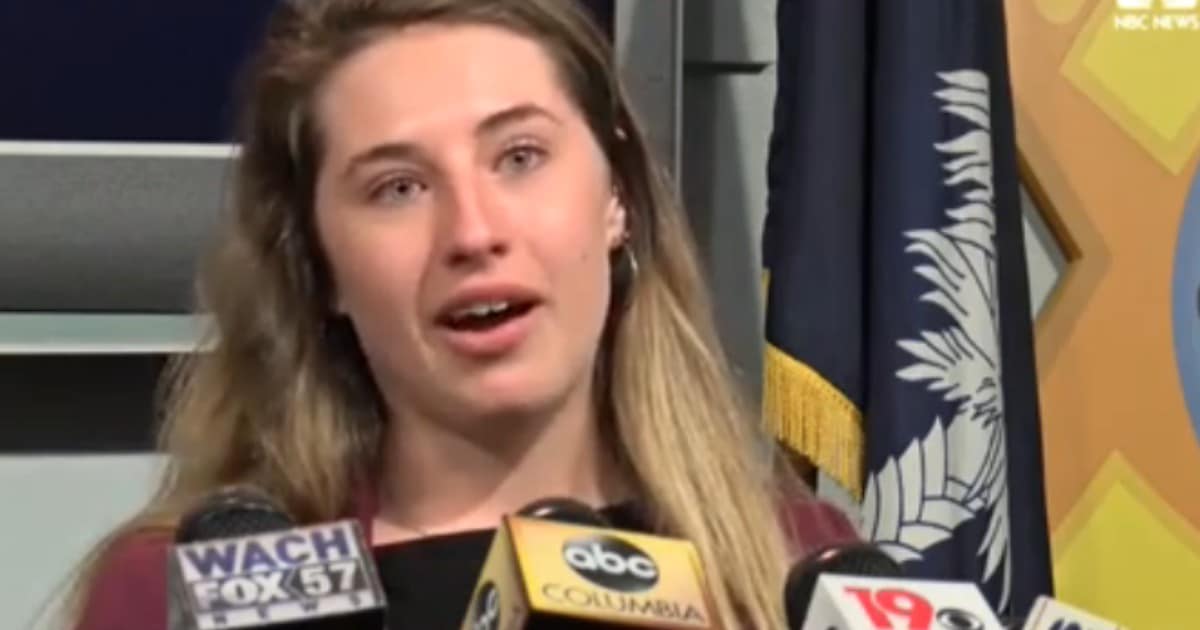 Life in college can be fun and exciting. It’s a great time to experience new people and ideas.

But it’s also a place where the unthinkable can happen. Young college women must be alert at all times to acts of violence against them.

One student, Jordan Dinsmore, faced just such a situation. Yet through the terror, she survived, because of this one unlikely skill.

After Dinsmore exited her car, the men confronted her and threw her to the ground. One of the suspects in question held a gun to the frightened college student’s head while the others forced her to give up her phone, purse, and bank card information…

Inside the car, her captors began attempting to shift the vehicle, at which point Jordan told them it was manual transmission. She again asked to be left behind, at which point they responded, “No. You’re going to drive…” Dinsmore went to an ATM to get cash for her abductors. But after leaving the ATM, Dinsmore left her seatbelt unbuckled. She said that the criminals told her that she was going to be taken to a house where she would have to have sex with someone…

Assessing her options, Dinsmore decided to act like she didn’t know where she was going. While in the driver’s seat with oncoming traffic, she decreased the speed in the car. Then, without a second thought, she jumped out of the moving vehicle.

It was clear that these men had evil intentions for the woman. Yet her quick thinking and readiness to act saved her from a horrendous situation.

She reached a gas station, where she called 911. Dinsmore posted on Twitter a warning to her fellow students about the attackers. Thankfully, police located the men—who had been on a crime spree targeting white people.

It’s most likely her ability to drive stick shift that saved her life. That and her bravery to act at the right moment.

We live in a dangerous world, where there are many that mean us harm. Stories like this remind us to always be prepared in case the worse happens.

And if you can drive stick, all the better.