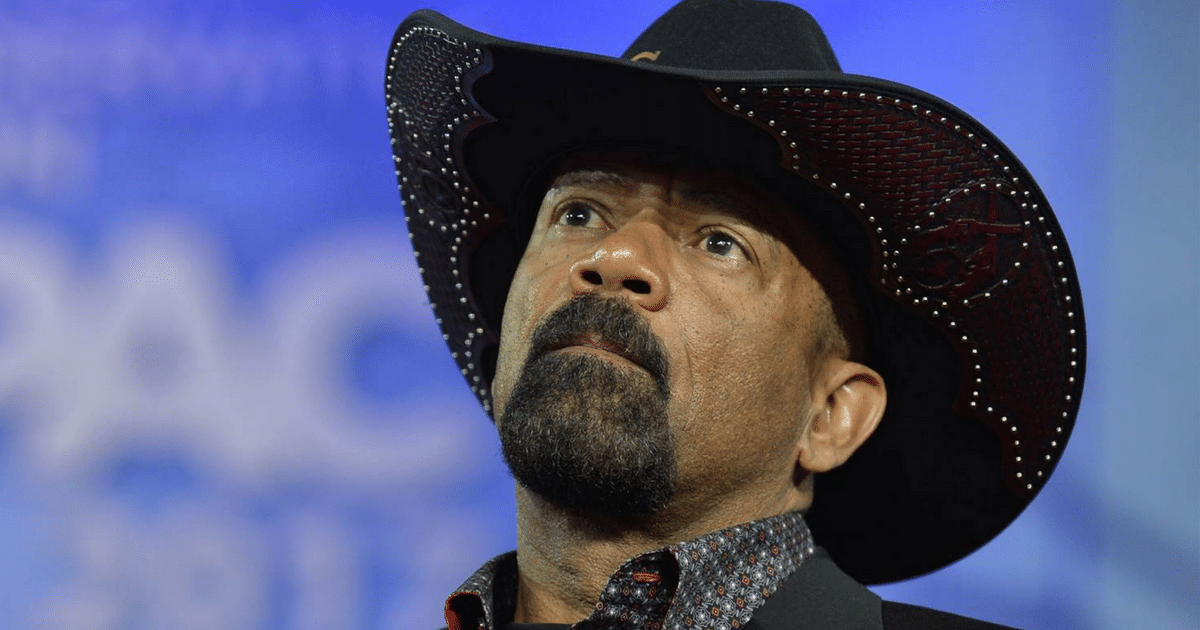 Many Americans are very familiar with the name Sheriff David Clarke. For years he has come to represent the gold standard of law enforcement.

He embodies the virtues of law and order and respect for our nations’ leaders. He has inspired many and was a vocal Donald Trump supporter during the campaign.

Clarke recently announced he was stepping down from his role as Milwaukee Sheriff. His new job? Something pretty exciting.

Former Milwaukee Sheriff David Clarke joined a pro-Trump super PAC as its spokesman and advisor, according to a Tuesday announcement…

“David Clarke is an American patriot, and we are very proud to welcome him to America First.”

“Having spent a lifetime in law enforcement—protecting and serving his community and fighting for justice and the Second Amendment—Sheriff Clarke doesn’t just believe in making America safe again; he’s devoted his life to it,” Brian O. Walsh, President of America First Action, said in a statement.

“It gives me the chance to do what I love most—promote President Trump’s agenda, including his fierce support for the American law enforcement officer, and ensure that the will of the American people who got President Trump elected is not derailed by the left or the self-serving Washington establishment,” Clarke said in a press release about his new role.

America First Action PAC will be a powerful force in the coming years. It will raise support and awareness of politicians and leaders who believe in the goals of President Trump. The best and brightest in our nation will get the boost they need, thanks to this group.

Making Sheriff David Clarke a spokesman of this group is a stroke of genius. They will be able to have him speak at rallies, important gatherings, and appear online and TV. He will be able to reach more and more Americans with the message of hope this country needs.

With Clarke at the reins, there’s no stopping the Trump train. The goal of putting America and Americans first will have powerful advocates in all levels of government. The no-nonsense and straight-talking Clarke will be able to connect with many Americans. Americans who have felt abandoned by the elitism of politicians.

We’ll just have to wait and see how he impacts the country, over the coming months and years.