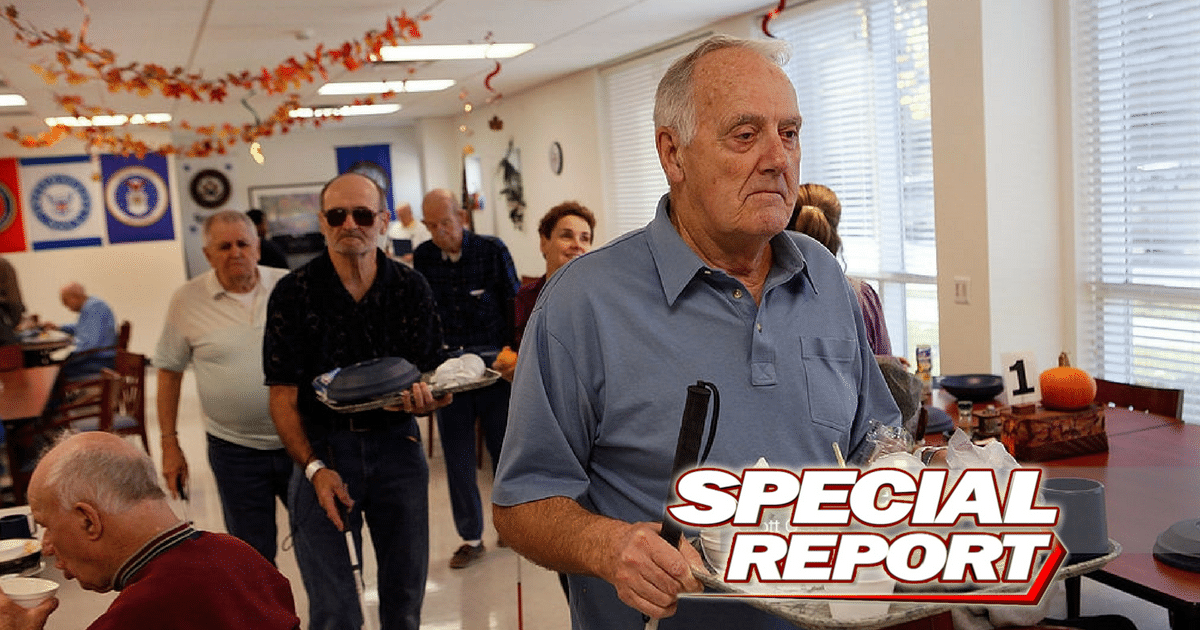 VA hospitals across the country are breaking records – every time you think they can’t dig themselves a worse hole, they find themselves a shovel.

We’ve covered the sad state of affairs at the VA numerous times. They’ve hired criminals. They’ve left veterans suffering in waiting rooms. They spend more time on gender reassignment surgery than they do on basic things like sanitation.

And speaking of sanitation, that’s where today’s story finds a shovel and starts digging.

Because I never thought a VA hospital would serve cockroaches to our veterans.

Cockroaches were a “persistent presence” at a veterans hospital in Illinois and the administrators were aware of the problem but failed to remove them. The insects were found in and around the food service areas and even on food trays served to patients at the Edward Hines Jr. VA hospital in Hines, Ill. “During our unannounced site visit on May 10, 2016, we found dead cockroaches on glue traps dispersed throughout the facility’s main kitchen. We observed conditions favorable to pest infestation,” said the inspector general in a report dated Wednesday.

Food trays, mind you. The roaches were found on food trays. That’s a new low.

But while that’s fairly disgusting, to me, it’s not the worst part. My problem is the second paragraph – “cockroaches on glue traps dispersed throughout the facility’s main kitchen.”

See, a random insect is one thing. But glue traps? That means the hospital knew there was a problem. For quite a long time, too.

Part of the problem is something that Trump has emphasized from the beginning – leadership. For the Edward Hines Jr. VA hospital, there simply wasn’t any. At least not until late last year.

In September of 2016, Steven E. Braverman, M.D., was named hospital director at Hines VA Hospital, filling a void in leadership that included 10 different individuals filling that role during the time of the issues in question.

That’s right – ten bosses, in just a few years. No wonder nothing got done. Braverman, however, so far looks like he’s totally suited for the job.

Hines VA Hospital has taken steps to increase staff within the Nutrition and Food service, hired a contractor to provide nightly cleaning in the kitchen after hours and a deep cleaning twice a month, implemented a comprehensive cleaning schedule, and repaired tiles and pipes that created issues with standing water.

Trump would be proud.

Let’s hope that Hines has sunk as far as it will go. There’s no place to go from here but up.