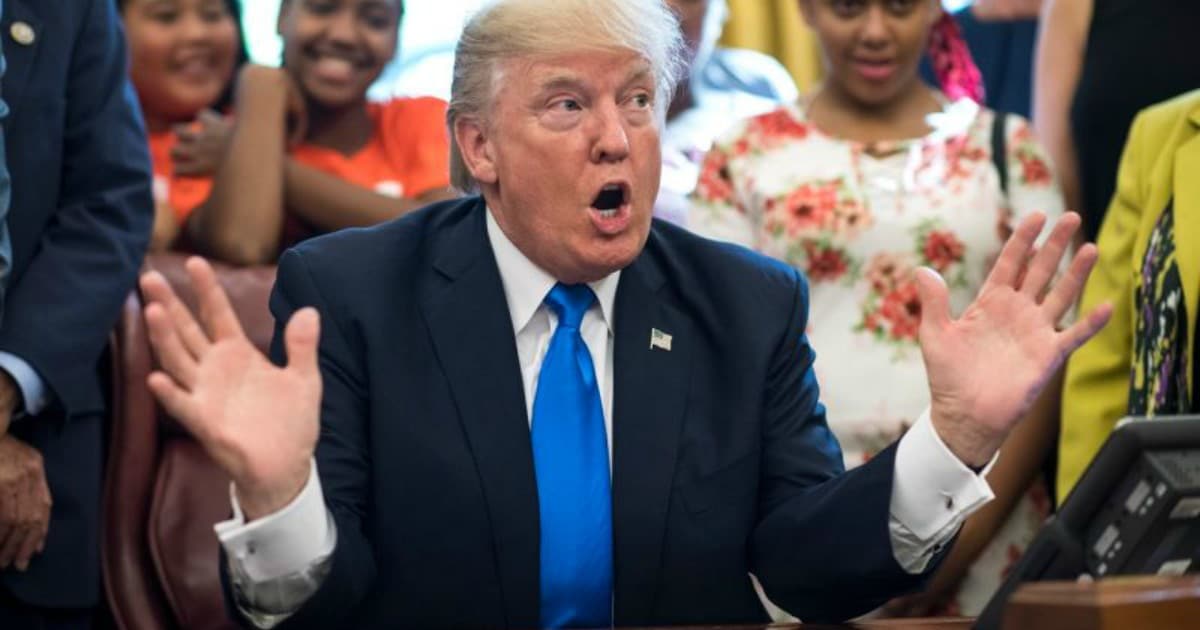 Every US politician in past years has learned this: if there’s a war of words, Trump will win.

And if there’s a real war, the US will win. That’s just simple math.

But war kills. So how do we prevent it with words? Every liberal will tell you that you work to appease your enemy.

Trump isn’t doing that. In fact, he just threatened to destroy North Korea. And it may well be preventing war from happening.

President Donald Trump capped a long day of threats between the U.S. and North Korea by issuing one to the nation’s foreign minister that the country is sure not to forget.

Approaching midnight on Saturday, the president made an alarming threat to North Korea, doubling down on insulting the nation’s leader Kim Jong Un.

Trump not only called Kim Jong Un “Rocket Man,” a phrase he’s used lately to describe the dictator, but he added the epithet “Little.”

Just heard Foreign Minister of North Korea speak at U.N. If he echoes thoughts of Little Rocket Man, they won't be around much longer!

It should be obvious to the world by now that Trump speaks his mind.

Thing is, so does Kim Jong-un. And the two leaders are pulling no verbal punches.

Now, you can probably imagine just how much panic this little exchange caused. Twitter exploded. The internet exploded. Every liberal, and several conservatives, just went nuts.

North Korea says Trump's tweet is a declaration of war. Twitter won't say if it violates its rules. https://t.co/TNaQM7ow1c pic.twitter.com/J6zsI1couJ

CBS NEWS POLL: Only 39% of Americans approve of Trump's handling of North Korea; 53% are concerned he might start an unnecessary war. pic.twitter.com/6PgxtBUIFB

But I’m going to tell you not to panic. Here’s why:

First, note that North Korean’s foreign minister didn’t make his ‘rocket’s visit’ threat from a safe place. He was in New York City. As part of the United Nations, mind you.

It’s not likely that a North Korean diplomat is going to be in the US when a bomb goes off. Especially not when he’s telling people all about it.

It’s far more likely that North Korea is doing what people do best in front of the United Nations – put on a good show. Make it bold, arrogant, and fearless…but don’t forget: you don’t have to back up any of it.

If you doubt me, remember that this is almost _exactly_ how the UN has been used by major dictators before.

After all, they let this guy speak all the time. And no one could understand what in the world he was talking about.

Fact is, as odd as it sounds, so long as both leaders are making big threats, it’s not likely that something will happen.

It’s when the threats go quiet that we have to worry.