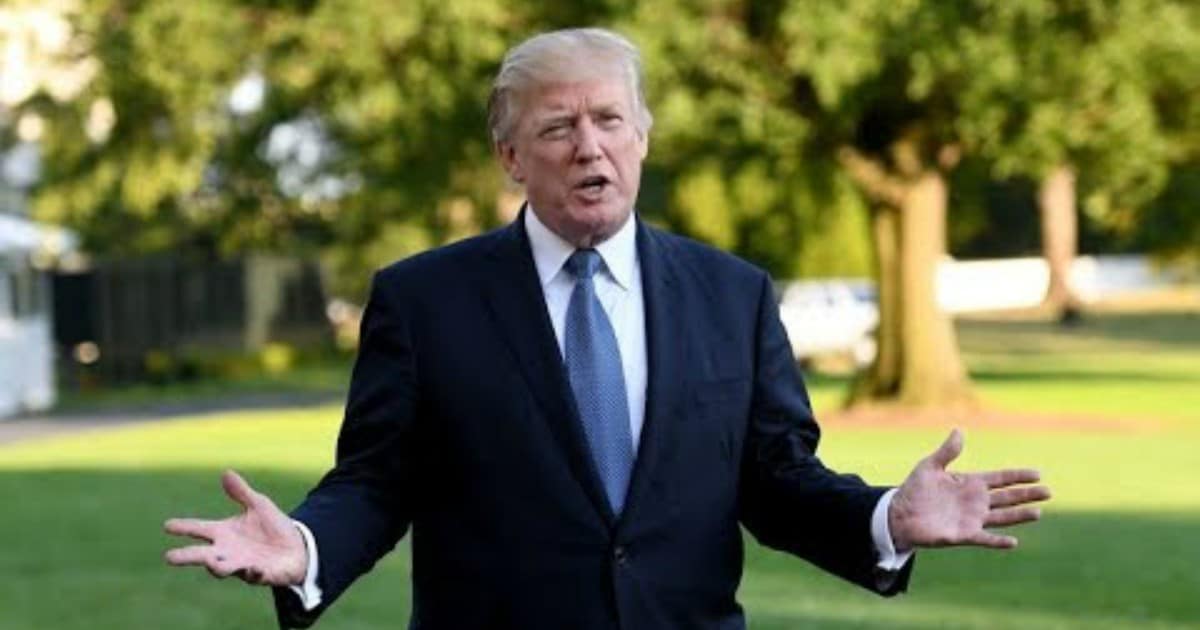 Besides ‘Build the Wall,’ the biggest campaign promise Donald Trump made was ‘Repeal Obamacare.’

He almost made it – twice, in fact. But presidents alone can’t pass legislation. They need Congressional votes.

Trump is pissed. And he’s finally called out John McCain.

President Donald Trump laid the blame of the Republican Party’s push to repeal and replace Obamacare on the shoulders of Sen. John McCain.

“You can call it what you want, but that’s the only reason we don’t have it, because of John McCain,” Trump said on the program. “Without John McCain, we already have the health care.”

McCain shot down Republicans’ last attempt to repeal and replace Obamacare. [He] will still likely be a “no” vote on Graham-Cassidy.

If you’ve forgotten, McCain has been a thorn in Trump’s side for years. The Arizona senator was one of the first to start spreading rumors about Russian hacking – no joke.

That infamous ‘Steele Dossier’ that had all the false rumors about Trump and prostitutes? It was McCain that handed it over to the FBI.

Well, to James Comey, to be specific. Do the math.

McCain spoke out against Trump on the campaign trail – several times, in fact. And he voted against fulfilling Trump’s main campaign pledge to the American people.

And he’s pledged to vote it down again.

Congressman says Arizonans should recall McCain while he’s battling cancer, and so health care bill can get passed. https://t.co/hUVGTLpYdN

Trump isn’t wrong. Without McCain, Repeal and Replace would have worked. It might still work, without McCain.

But Republicans aren’t always Trump supporters, as we’ve seen over the past few months. It’s no wonder their poll numbers are falling.

McCain, of course, chalked up his ‘no’ vote to the idea that ‘it’s really just everybody’s fault.’

“I cannot in good conscience vote for the Graham-Cassidy proposal. I believe we could do better working together, Republicans and Democrats, and have not yet really tried.”

I’m not sure how to respond to that.

Trump is there, working with Democrats to raise the debt ceiling. He’s ready to sign legislation that comes his way. There’s not much more he can do.

Maybe the rest of us should work with him for a change.