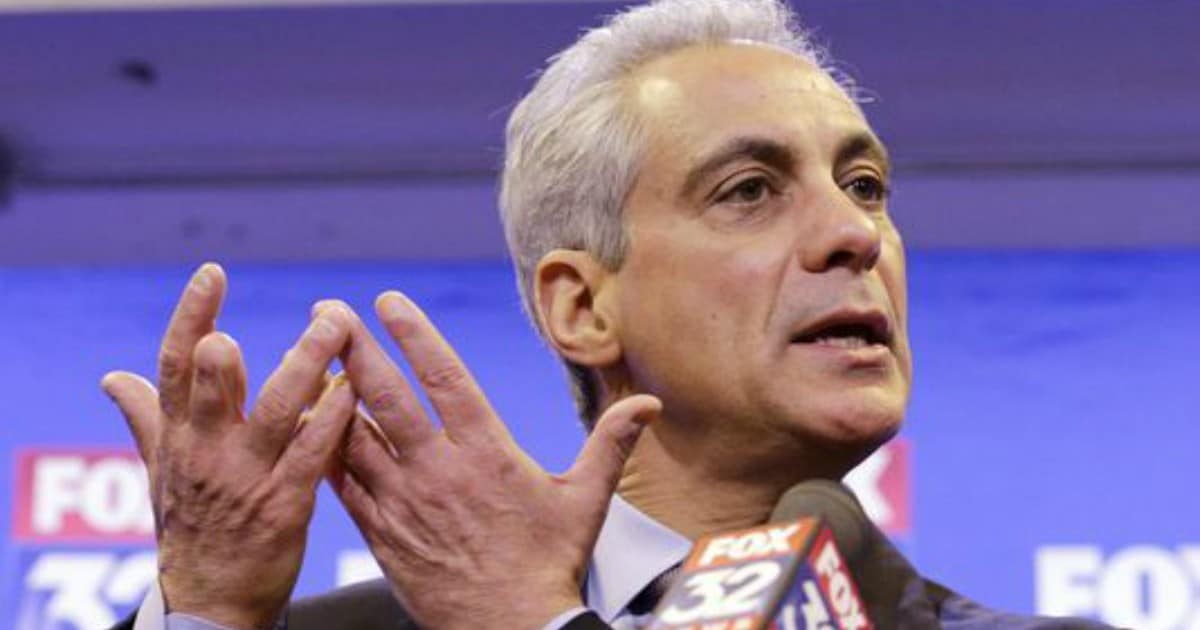 If there’s one thing liberals are good at, it’s frivolous lawsuits. And the city of Chicago just filed a doozy.

It’s hard to think of a bad, stupid, or frivolous lawsuit that wasn’t started by a group of liberals. There’s no better way to bully conservatives into submission. Or force a school to take down the Ten Commandments, or stop praying, or force a couple to bake a cake.

But the bigger the liberal group, the more ambitious the lawsuit. And it’s hard to find a bigger group of liberals than Chicago. The lawsuit they’re pursuing is the most ambitious of all.

Because they’re suing Jeff Sessions himself, and his Department of Justice. Over Sanctuary City policies.

Attorney General Jeff Sessions has hit back hard at Chicago after the city filed a lawsuit that argues the Trump administration’s bid to withhold public safety grants from so-called sanctuary cities is illegal.

A Monday statement from Sessions was issued hours after the city filed its lawsuit in Chicago federal court that defends cities that limit cooperation with enforcement of U.S. immigration laws.

Chicago is suing over a recent Trump and Sessions policy that withholds federal funds from Sanctuary Cities. We’ve written about it here.

And Sessions had the perfect response:

“So it’s this simple: Comply with the law or forego taxpayer dollars.”

Sessions needed to give that quick response, because Chicago wasn’t wasting any time – they filed their lawsuit almost immediately after Sessions announced the new policy. Of following the old policy.

And Chicago’s lawsuit is going to be difficult to overcome. For one thing, it’s large – over 46 pages.

Which means the mayor had a team of people working on it. And Chicago, whatever else it may be, isn’t stupid – some of the best lawyers in the country come from there. It’s hard not to, when your city essentially started half of the mob during Prohibition. Crime makes for good lawyers.

In a nutshell, Chicago has a team of smart lib lawyers doing their best to obstruct Sessions. And they’re doing it in the way that’s guaranteed to take the longest: challenging the law’s constitutionality.

And constitutional challenges usually go to the Supreme Court. Which takes a long, long time, during which Chicago will not be complying with the new law.

Which means, of course, that Chicago still wins, even if it loses. Clever.

Chicago liberals are a lot of things, but stupid isn’t one of them.