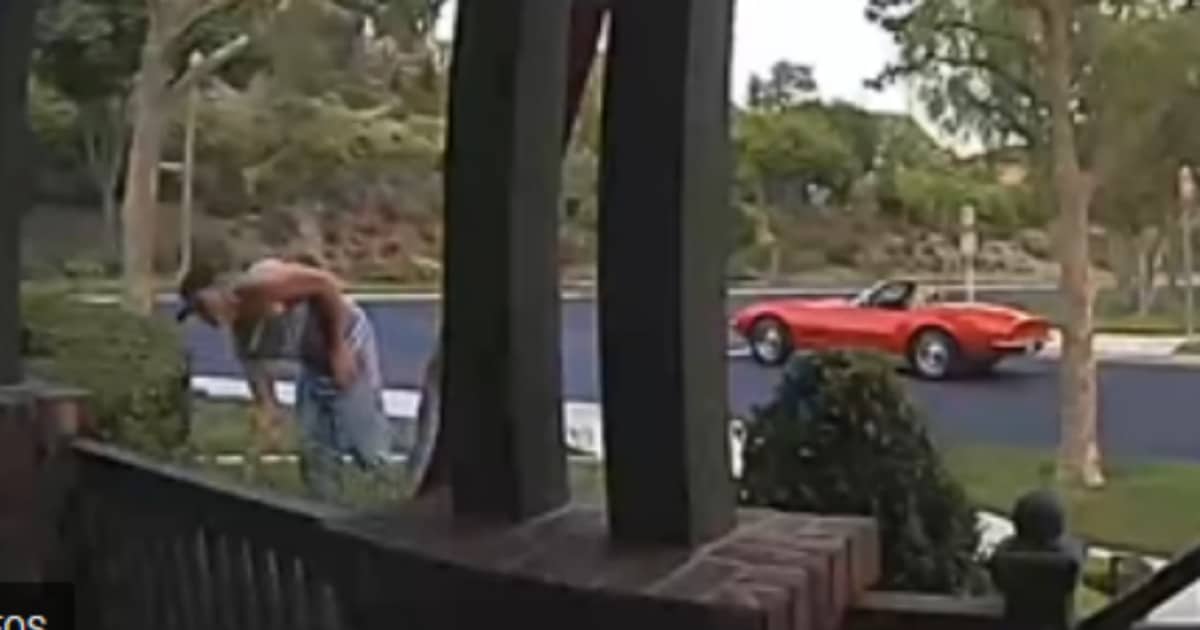 There’s so many images and videos of violence, screaming, racism, brutality, and extremism going around, I honestly wouldn’t blame you for ignoring your television or phone for a while. Sometimes, there’s just no more you care to see.

Don’t do that yet, though. You’ll want to see this one.

Because no matter how depressing things look – be it a North Korean nuclear war, a second wind for ISIS, or Nazis marching through US streets – there’s nothing that a good dose of honest patriotism can’t cure. Even if it has to be a very big dose.

This video will get you started. There’s nothing quite like watching an anonymous American honor the flag. Especially when he thinks no one is watching.

A video that captured a good Samaritan doing something to an American flag has gone viral, and when you see it, you’ll understand why.

The man, a motorist who happened to be stopped at a stop sign, noticed the flag on the ground. He parked his car and walked into the yard to pick the flag off the ground.

The man struggled to put the flag back in a bracket that was on the porch, so he simply secured into the ground until the homeowners could return and hang it where it belonged.

The unnamed residents of the home did not know the man, but said they appreciated his patriotic gesture.

The Tribune actually has two of these stories – honest, anonymous Americans that were caught saving the flag from accidental desecration.

And it might seem like a small thing, and not worth noticing. Especially as libs in Congress get furious at Trump, and as white supremacists crash cars into crowds of people. But there’s good reason to notice the flag-savers, and to feel better once you’ve watched them.

Simply put, if things really start to go south in this country, it will be good men like these that will rise to save her. After all, if they’re willing to go out of their way to save a cloth representation of the nation’s ideals…well, how much further would they go to save the nation itself?

You’re not witnessing just a good deed. You’re seeing the future salvation of the country, if it comes to that.