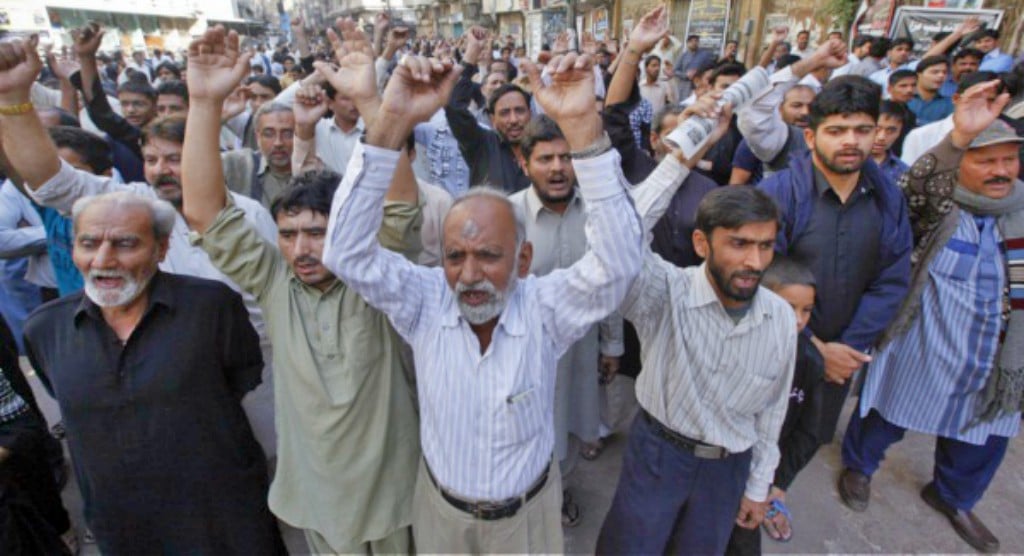 The left — and their cohorts in the liberal media — love to confuse a situation in order to deceive you.

Instead of using facts and basic reasoning, they conjure up emotional pleas, sometimes outright lies, to make you focus on something that has nothing to do with the actual situation. It’s often called misdirection. But we’ll call it deception.

When President Trump signed the executive order to temporarily ban immigrants from 7 terrorist-supporting nations, the liberal cesspool that is the left freaked out. They called it a “Muslim ban,” despite the fact that the largest Muslim nations in the world were not included.

The ban is to root out potential terrorists from entering our country, but the liberal media wants you to think President Trump is persecuting Muslims. The Muslims in this country are fine; nobody is seeking to remove them or deny them their First Amendment rights. Muslims from 99% of the world can enter America.

So why all the outrage? It’s a tactic to make you think something that isn’t true. So is this recent stunt at the Dallas airport.

Muslims gathered inside of Dallas Fort Worth Airport with a loud Arab call to prayer in protest of this ban.

This is not a protest. This is how Muslims show their dominance in a country that they are seeking to takeover. Would any Islamic country allow Christians or Jews to gather in an airport and demonstrate like this?

Now GP has a valid point, though I disagree with some of what they said. This stunt is inappropriate at an airport, where many people — Jews, Christians, atheists, and Muslims — are just trying to get through.

Protesting and praying in such a way is a disturbance and endangers travelers. Muslims would never allow Christians to demonstrate their faith in this way.

But Gateway Pundit said Trump is “barring Muslims from seven countries.” That’s inaccurate. The ban is for all travelers from those countries. President Trump is not targeting Muslims, nor did the order even mention the words “Islam” or “Muslim.”

Even a conservative blog can get confused by the left’s manipulative tactics. But nor is this stunt a show of “dominance” as the GP reports.

It is an attempt by protesters — and their allies in the media — to distract you from the real truth. The truth that there are dangerous terrorists in the world that want to slip into the United States to commit the same kind of attacks we’ve seen in Paris, Belgium, and Berlin.