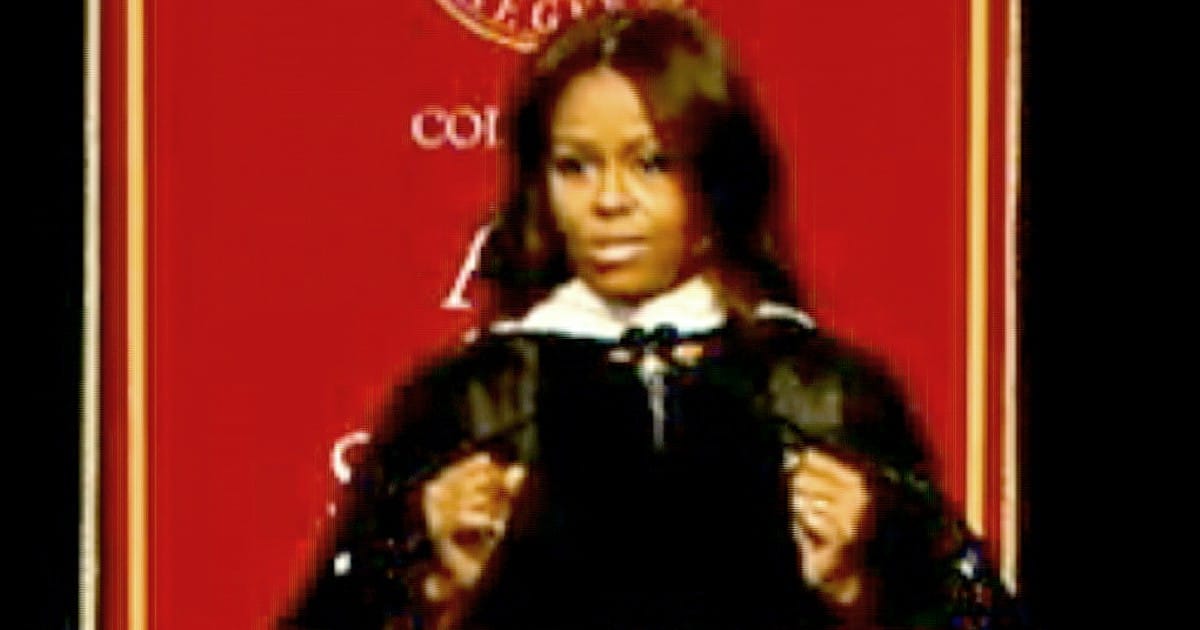 Bear with me a moment.

‘Class hierarchies exhibit a clear and undeniable tendency to relay their primary, tertiary, and even penultimate strengths in a manner best described as Lateral, such that the downtrodden bottom are rarely, if ever, afforded the opportunity to absorb the benefits of the more ethereal layers.’

If you read that all the way through, I’m sorry. Because, if I were talking with someone and that sentence was spoken, I would have slapped him before he could finish.

On a related note, Michelle Obama is, without a doubt, your typical liberal – she says nothing, in a lot of words.


And she thinks she’s smarter because of it. Even though, in the end, she’s saying absolutely nothing at all.

But it’s probably best experienced in person. Here are some highlights:

Well…gee, Michelle. Why didn’t you just come out and say so before?

Stokely Carmichael and Charles Hamilton’s (1967) developed definitions of separationism in their discussion of Black Power which guided me in the formulation and use of this concept in the study.

I get the feeling she’s saying that she read a book, and used an idea in that book for her paper.

But why say that, when you can use thirteen other pointless, pedestrian, banal and repetitive words? As well? In addition to the other ones?

This writing makes me want to drink.

Mind you, I haven’t even gotten to the parts about race-baiting…and the whole paper is full of it. Which brings me to my favorite passage:

Four years of exposure to a predominantly White, Ivy League University has instilled within me certain conservative values.

For example, as I enter my final year at Princeton, I find myself striving for many of the same goals as my White classmates – acceptance to a prestigious graduate or professional school or a high paying position in a successful corporation.

So, in a nutshell…you associate ‘success,’ ‘hard work,’ and perseverance to being…White?

No wonder your husband did so much to harm black men and women in America.