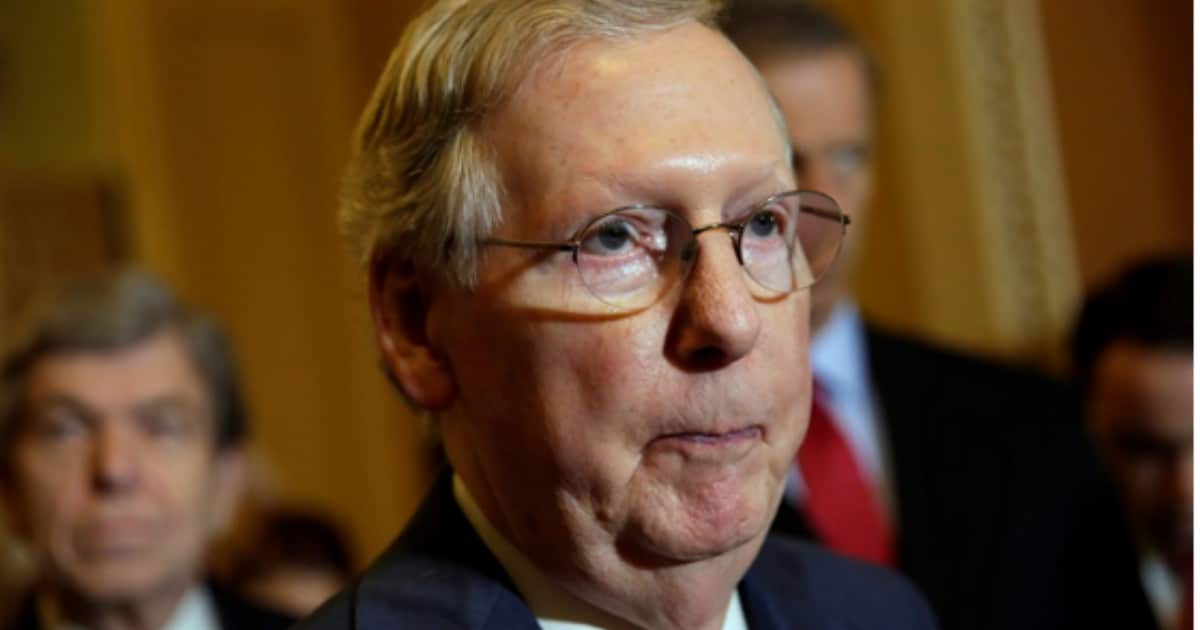 Mitch McConnell is like a broken clock: sure, he doesn’t work properly, but he’s still right twice a day.

The sad, underperforming Senate Majority Leader has finally weighed in on a much debated topic and it’s about time. Most of us have been wondering what McConnell would say next, ever since the President angrily tweeted his disappointment when Mitch couldn’t get a single thing done on healthcare.

This is, after all, the Majority Leader who couldn’t even repeal Obamacare. And with nearly seven years of practice runs, to boot. It’s no wonder Trump was pissed.

McConnell, though, didn’t speak about Trump. Which was a surprise, frankly, to most of us.

Instead, he spoke about racism, and neo-Nazis, and Charlottesville.

‘There are no good neo-Nazis.’ Well, of course, McConnell. Good to know you’re stating the obvious.

On Tuesday, white supremacists were planning a rally to protest the upcoming removal of Confederate statues from the former site of the Fayette County Courthouse.

The white supremacist, KKK, and neo-nazi groups who brought hatred and violence to Charlottesville are now planning a rally in Lexington. Their messages of hate and bigotry are not welcome in Kentucky and should not be welcome anywhere in America.

We can have no tolerance for an ideology of racial hatred. There are no good neo-nazis, and those who espouse their views are not supporters of American ideals and freedoms.

One the one hand, I’ll applaud McConnell for stating the blatantly, purely obvious.

On the other hand, given his performance in the Senate over healthcare, it’s hard for me to imagine this is anything but a quick attempt to fix his image.

Fact is, no matter where you stand on the KKK vs. Antifa, or Confederate Monuments vs. Tear Them Down, there’s one thing that’s characterized nearly everyone in this fight: a stark, bold willingness to use strength to solve a problem. Even if it’s bad strength.

And, let’s face it – brute strength is one of the things that we like so much about Trump. He simply does what needs to be done, and damn the consequences. It’s refreshing, if often terrifying.

So to hear McConnell issue a tepid statement of condemnation, after supremacists and Antifa are fighting it out in the street?

He still seems weak. And it’s probably why he couldn’t get anything done with healthcare.

Good luck, Mitch. You’ve been right once – you’ve got one more chance today. And after that, you’re still a broken clock.