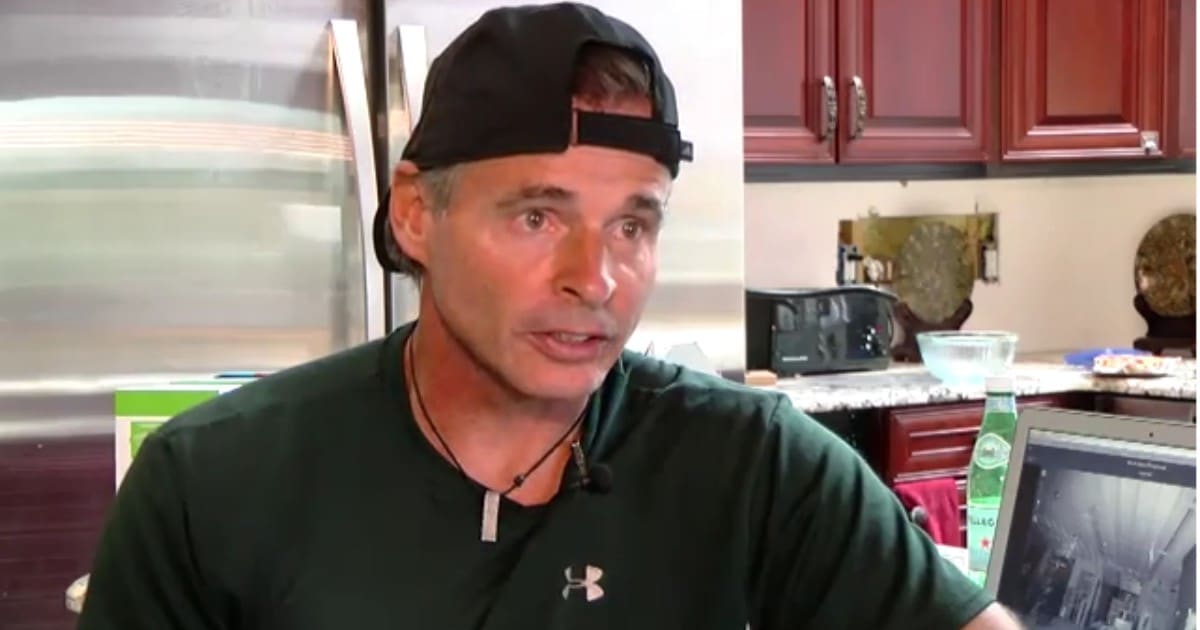 This is one of those exceptions…because if this burglar is shot, he probably won’t fall. Or back down. Honestly, you’ll probably just make him mad.

Colorado resident Chris O’Dubhraic found him in his kitchen a few weeks ago. And Chris did the right thing – backed off, called 911, and waited for the authorities.

Because it’s really unwise to try to kill a bear without the proper equipment.

Environmental engineer Chris O’Dubhraic was fast asleep in his home in Broadmoor Bluffs, Colorado, recovering from jet lag. He got up at 5:30 a.m. only to find his kitchen in a shambles.

O’Dubhraic called 911 immediately. But paw prints and scratches on his fridge and puddles of animal urine on the floor eventually made it clear what had happened there.

Security footage revealed that an intruder had arrived at 11 p.m. and stayed for about five hours, raiding his fridge and cabinets. The culprit was none other than a massive, hairy bear.

Home surveillance video captures a bear rummaging through a kitchen. Why @CPW_SE says this is the bears last straw. pic.twitter.com/2QmgTuy6mx

If you’ve never lived in bear country, this might not seem nearly as scary as it is. But any bear that’s bold enough to break into a home isn’t just curious – he’s likely very dangerous. Because it means that he’s gotten used to human beings, and isn’t scared anymore.

Which means that, when startled, he won’t run away – he’ll probably attack. And you just aren’t going to survive a fight with a 375-pound bear.

The funny thing was, it wasn’t the first time he broke into a kitchen to eat.

The 375-pound thief (about 75 pounds heavier than the average male bear), was infamous for his house break-ins and special talent for stealing human food. He had grown exceptionally heavy as a result of all his successful exploits.

Less than a month earlier, the same bear had been spotted munching on ice cream and M&Ms he had stolen from a home in the same area.

It’s unfortunate, but an animal this big and dangerous usually has to be shot. And so he was, when officers found him again in a neighbor’s yard.

But it doesn’t mean they were happy about it.

Keep the bears alive, and the people. Don’t feed them. 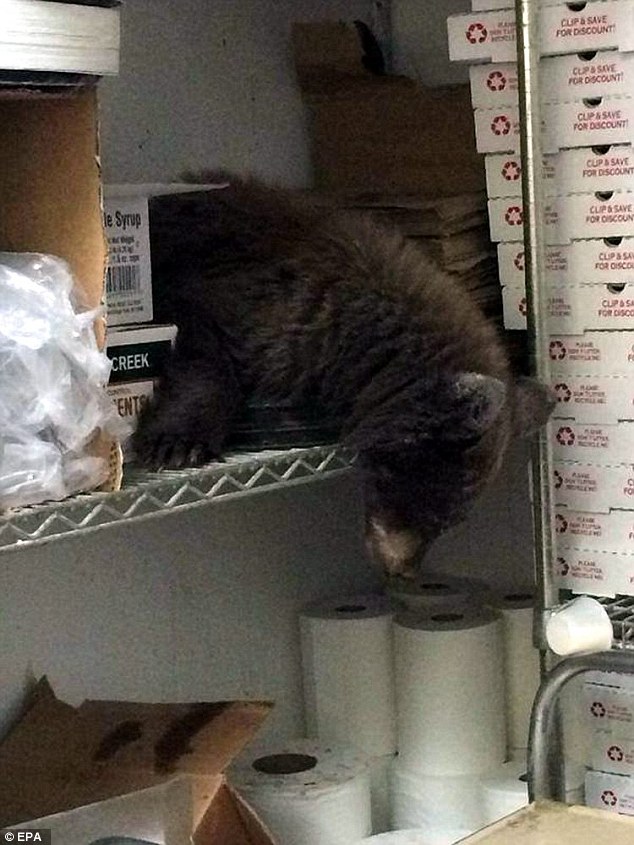 But don’t shoot them in your kitchen, either.