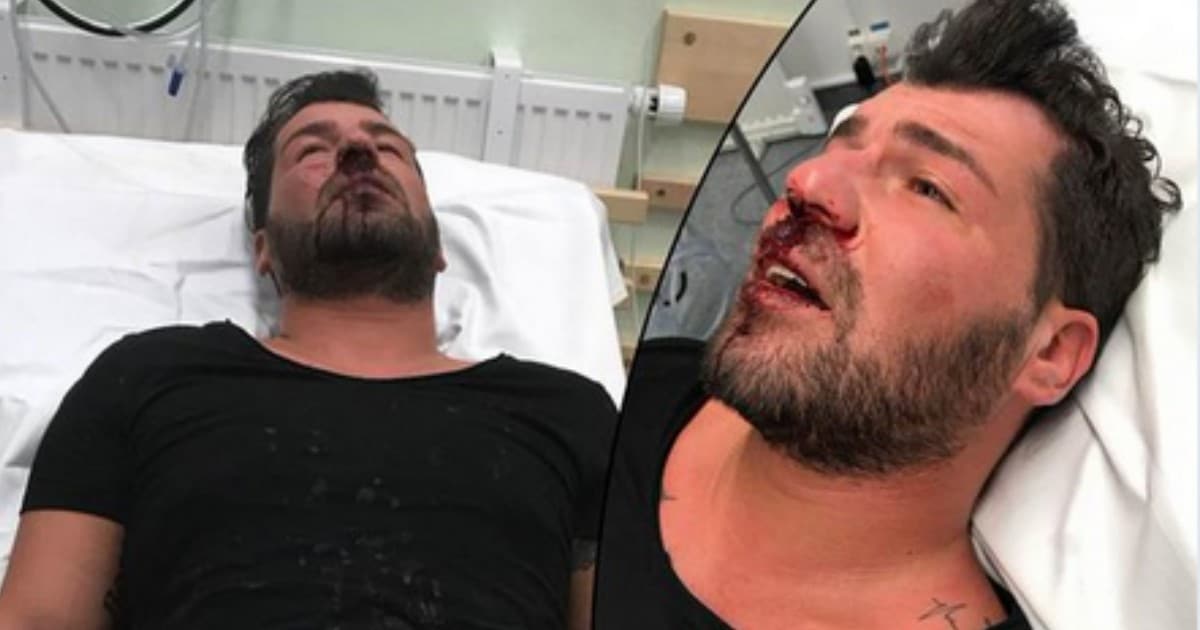 Around the world, people are facing brutal and relentless oppression.

It’s not from government regimes, but from Muslim migrants. These people have flooded Western countries—for government handouts—only to attack and persecute locals.

Shockingly, the governments do little to stop this. So it is in this recent case.

Syrian origin 31-year-old Gabriel Chabo claims that he was severely beaten by a group of Syrian migrants in the Swedish town of Södertälje after the men claimed that he was homosexual.

Mr Chabo was walking around the town on Friday afternoon with his brother when he was approached by several men he was unfamiliar with.

The men, who he claims were Syrian migrants, started getting aggressive with Chabo calling him homophobic insults and ultimately beating him with weapons and slamming his head repeatedly into a car door Expressen reports.

According to Chabo, when the men approached him they said, “if you are going to stay in Sodertalje, you pay money because you are gay.” Chabo said that he responded to them claiming that he was straight and telling the group to leave him alone…

As a Syrian origin man himself, Mr Chabo recognised the words spoken by the attackers in Arabic, Syriac and Swedish. Local police officer Peter Lindberg has said that there have been no suspects identified in the case so far.

This is nothing new for the nation of Sweden. They’ve allowed large numbers of Muslim refugees and migrants to enter their country. These people refuse to assimilate and embrace their new home. Instead, they demand everyone else bend to fit their narrow, hostile views.

Chabo himself is a Syrian, yet that did not spare him from the violent, ugly, and hateful treatment of these men.

So far, they have no suspects for this heinous crime. My guess is that the police will never find the men who did this. The political correctness of Sweden and Europe have made governments and law enforcement officers completely cowardly and ineffective.

So how many more innocent civilians need to be beaten, raped, or killed before Europe responds?

When are they going to send these migrants packing?