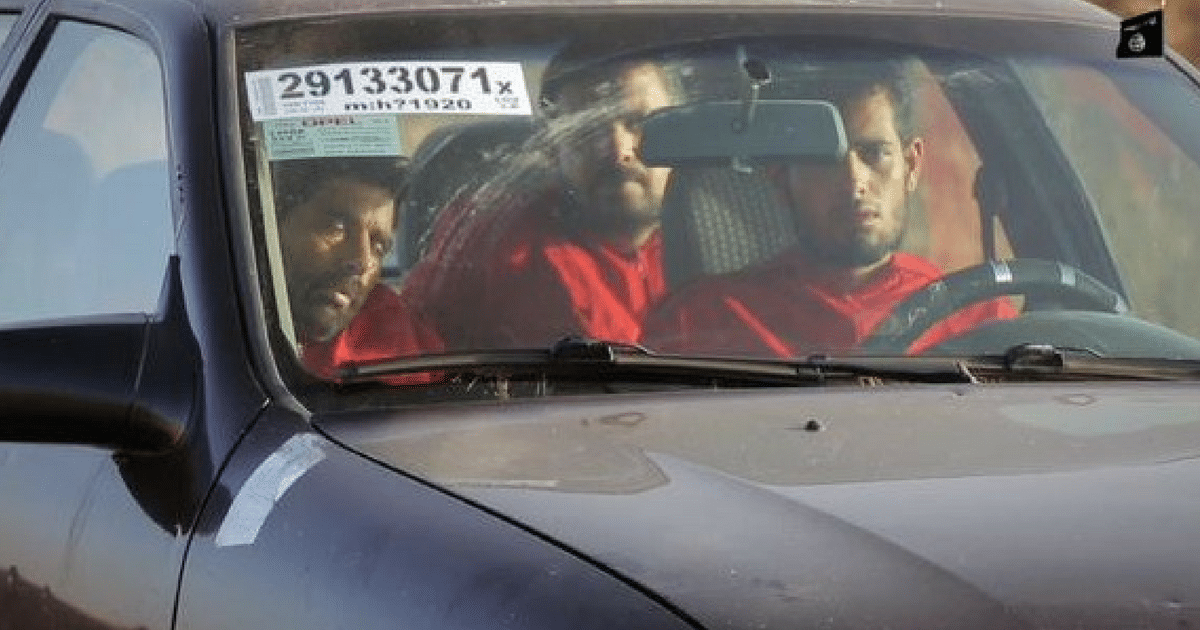 If there’s one thing we should be thankful for in the fight against terrorism, it’s the bravery and honor of US military and intelligence. These people keep us safe, and they deserve our honor and respect.

Because you’d think, after all, that the first lesson in any one of these classes would be this: ‘there are no re-takes. You have one opportunity, and that’s it.’

Luckily for some Iraqi soldiers, these particular terrorists skipped that particular class…and blew themselves up way, way too early.

The ISIS vehicle is trying to crash into one of the two Iraqi Humvees, hoping that it will explode and kill everyone in the process.

After trying to travel down the same rocky path as the Humvees, the explosives prematurely detonate after the truck hit a massive speed bump, killing the fighters before they even reach their target.

(The video, courtesy of Funker530, has had all sound removed, because it was filled with hateful pro-ISIS messages. Hats off to the Funker crew for that.)

There’s several things in this story that lead me to one hopeful conclusion: ISIS is running out of smart suicide bombers. Which, if true, would be fantastic.

So hear me out: this particular suicide bomber is trying to crash into two Iraqi Humvees.

Which, to be clear, is just stupid. You’re trying to hit a moving target. The target can move away from you.

And given that you’re probably already drugged up for this mission, because there’s a good chance you don’t want to do it anyway, you’re basically driving while intoxicated, trying to hit a moving target that is sober and way more motivated than you are to get away.

And that’s not even the stupidest thing.

Humvees are built to travel across rough terrain, which allowed the Iraqis to gain a big lead ahead of the Islamic State group fighters.

The Iraqis, mind you, have Humvees. But the terrorists did not. ISIS, in short, was trying to chase down a faster, better vehicle in a slower, bumpier vehicle. With bombs on board.

And unlike well-made bombs, these ones can detonate if they’re jostled. So what better place to drive them than down a bumpy path?

I can’t imagine this terrorist is the brightest crayon in the box.

Luckily, ISIS is running out of crayons.