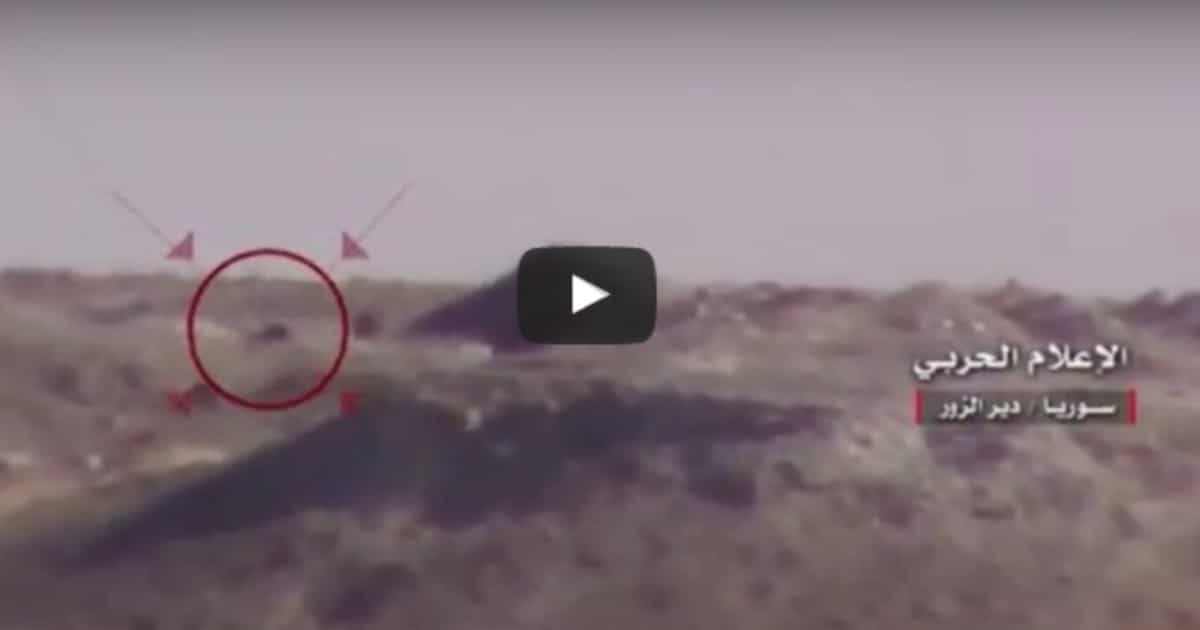 Perhaps one of the biggest failures of the Obama administration was his involvement in the creation of ISIS.

This vile terrorist network came to power after President Obama prematurely withdraw U.S. forces from Iraq. Without those troops a power vacuum was created, allowing the Islamic State to fill that hole.

This Islamic State gain footholds in Iraq and later spread to Syria. Now it has forces throughout Northern Africa, the Middle East, and Asia.


And of course, their agents have infiltrated Europe and even the United States, recruiting more to join in the bloodshed.

President Trump promised to wipe ISIS off the map. On his first day as Secretary of Defense, Mattis bombed the living daylights out of key ISIS bases, destroying much of their resources.

But the fight is far from over, as ISIS works to bring death and destruction to the West in the name of jihad.

The Western world is continuing efforts to root out ISIS, alongside forces in the Middle East.

We regularly learn about efforts to hurt these terrorists; even their captives have founds ways to kill ISIS agents and find freedom.

Recent footage has popped up that shows just how ineffective ISIS fighters can be, when faced with determined foes.

An incredible video of an ISIS fighter is going viral after it was posted to social media.

Although the Islamic State jihadist may have thought he was safe after seeking adequate cover, it seems that his enemy had a better idea – and that’s when things got good…

Thanks to the video footage, viewers across social media get to look on as another terrorist bites the dust after the soldiers who were hot on his trail set off a TOW (Tube-launched, Optically-tracked, Wire-guided or Wireless) missile in his direction.

In short, the missile is fired out of the system that gives the shooter the ability to not only track the rocket’s progress but change its course while it is in the air.

As seen in the clip, the ISIS fighter may have thought he was safe – but you can’t hide from this kind of weapon.

It’s startling footage. The fighter tries to find cover in the bare sand, only to be blasted away by numerous explosives.

While I would never relish in the death of anyone, this footage is encouraging. We are seeing forces for good stamp out a vile and ugly network that has brought death and pain to many around the world.

But of course, more must be done. One ISIS fight is down, but there are many seeking to take his place.

Countries like Iran are raising their children to hate America and the West, training them to be well-equipped terrorists in their own right.

We not only need to stamp out today’s threats, but ensure the future generations never have to fear from radical, Islamic terrorism ever again.