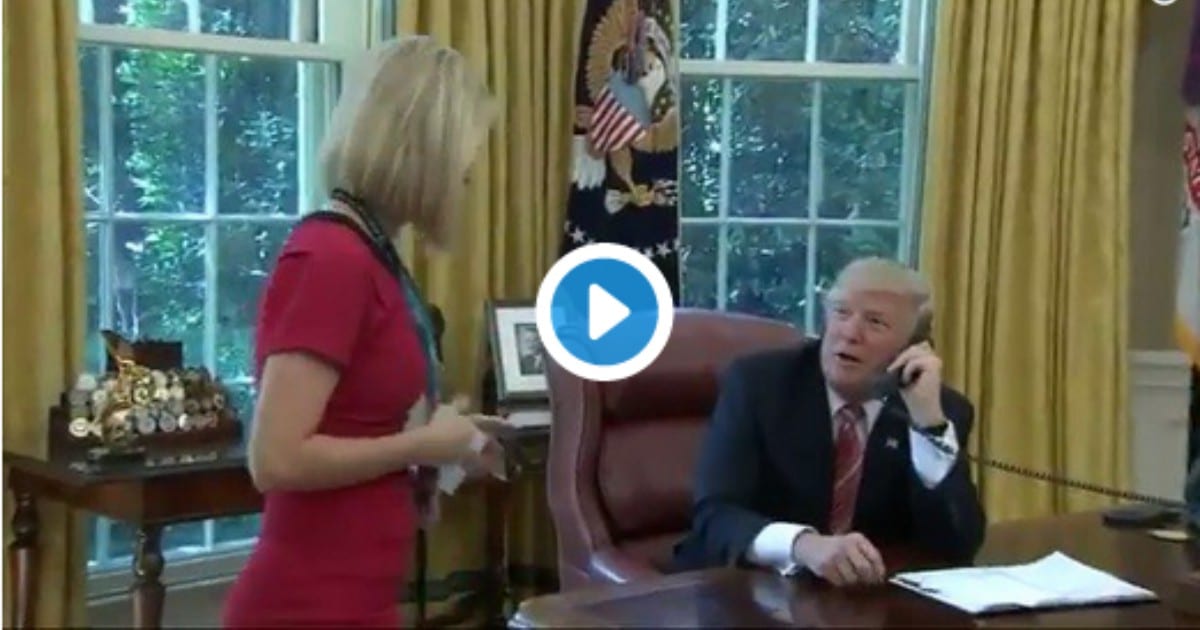 It goes without saying that Donald Trump has been given an unfair treatment in the press. And now he can’t even compliment someone without being criticized.

(How Trump manages to get anything done at all, with everyone constantly dragging at him, is beyond me. And yet he manages to do it.)

The mainstream press has constantly hammered at two lies: ‘Trump can’t handle foreign policy’ and ‘Trump doesn’t treat women well.’ These lines have been pushed, despite the piling evidence against them.

So it’s no wonder that liberals everywhere went ballistic when Trump said the worst of all possible things to an Irish reporter:

Call out the dogs – the president has obviously colluded with Russia to compliment a foreigner! 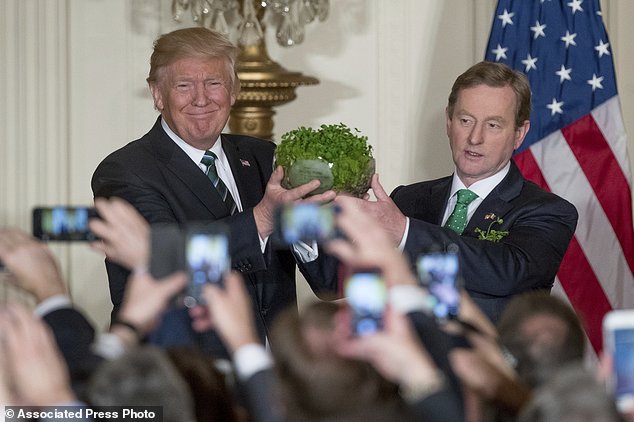 President Trump was at his desk in the Oval Office and on the phone with the new prime minister of Ireland on Tuesday when a journalist for an Irish news organization caught his eye.

“Well, we have a lot of your Irish press watching us,” Mr. Trump said to the prime minister, Leo Varadkar, as several reporters looked on.

Then, interrupting his conversation with Mr. Varadkar, Mr. Trump pointed at the journalist, Caitriona Perry, and gestured for her to come to him.

After she introduced herself, Mr. Trump told Mr. Varadkar, “She has a nice smile on her face so I bet she treats you well.”

Video of the bizarre moment when President @realDonaldTrump called me over during his call with Taoiseach @campaignforLeo Varadkar. @rtenews pic.twitter.com/TMl2SFQaji

You can probably guess what the reaction of the mainstream press was.

A video of the event made the rounds on Twitter. And Twitter, being the hotbed of liberal idiocy that it is, responded predictably.

Very demeaning to point and then wiggle the finger to get her to come over. Very rude to disrupt talk with another world leader.

Luckily, though, there are still enough conservatives in this country to come to Trump’s defense.

Sad world when you can't compliment someone.

Even MSN, as liberal as it is, remembered that Trump wasn’t the only president to give someone a compliment, and then have liberals screaming at him. And when the mainstream press has to admit that Obama is just as bad, you know they don’t have any real reason for criticism.

In 2013, President Obama apologized to Kamala Harris, who was then the attorney general of California and is now one of its senators, after telling a group of wealthy donors that she was “the best-looking attorney general in the country.”