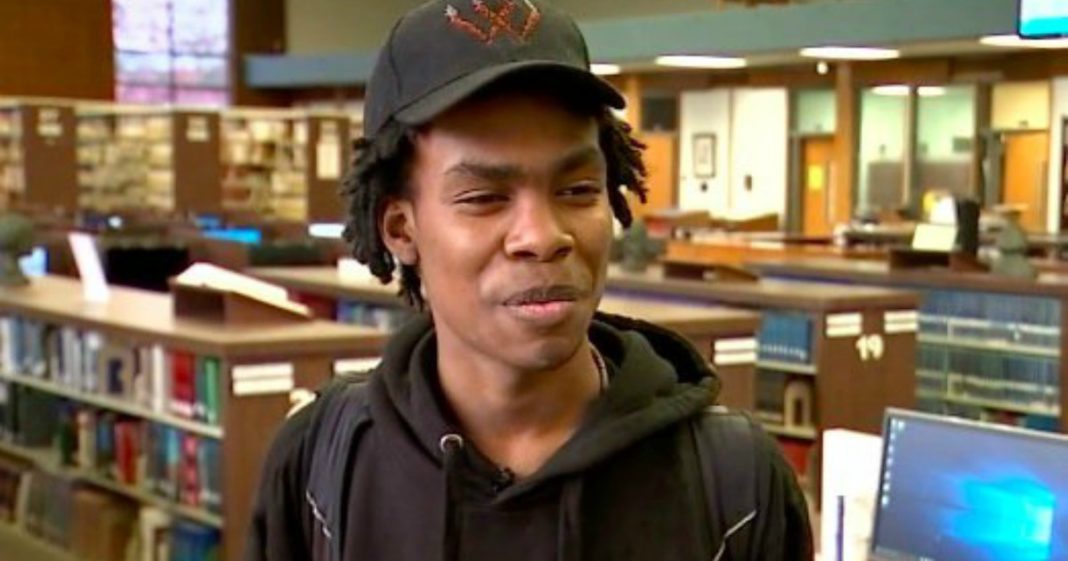 We are living in a time when sadly, the media and many people in our society paint police officers in a negative light.

While they are hard working men and women from all backgrounds who put their lives on the line to keep us safe, race baiters and the MSM want us to believe that they are all cruel white men who seek to oppress minorities, particularly black people.

There are always bad apples, but this description is far from the truth for the vast majority of officers in our country.

Recently a story has come to light that shows the kind of dedication many police exhibit in their daily work.

The mainstream media won’t cover it, but we will, so you can be encourage that there are some great people protecting America.

This was especially true for a young man by the name of Jourdan Duncan of Benicia, CA.

On a random evening this past September, the teen was walking home from work, where he’s employed as a packaging line worker.

The teen replied by telling the officer that he was on his daily commute home from work, which took him over two hours each way.

During their car ride, Keffer learned that Duncan was trying to save up for a car to get him back and forth, but said most of his money went to helping his family and saving up for college.

Over the next few weeks, officer Keffer would regularly see Duncan walking to and from work, and it was then that he went out and purchased the teen a mountain bike to shorten his commute.

But the story doesn’t stop there.

Office Keffer wanted to do a little bit more for the young man, so he started a GoFundMe page in the hopes of raising $5000 so Duncan could fix up one of his parent’s broken cars.

Instead donations came flooding in and after a few weeks, Duncan had over $42,000.

With that money, he was able to buy a car and put the rest to his college tuition. These kinds of stories happen more often than the media would like you to believe.

But they are often ignored or swept to the end of a broadcast, so they can focus on the negative, dreary side of our country.

But we need to remember we have good people in our society, both hard-working young people seeking a way to success and devoted cops that go the extra mile for the people in their cities.