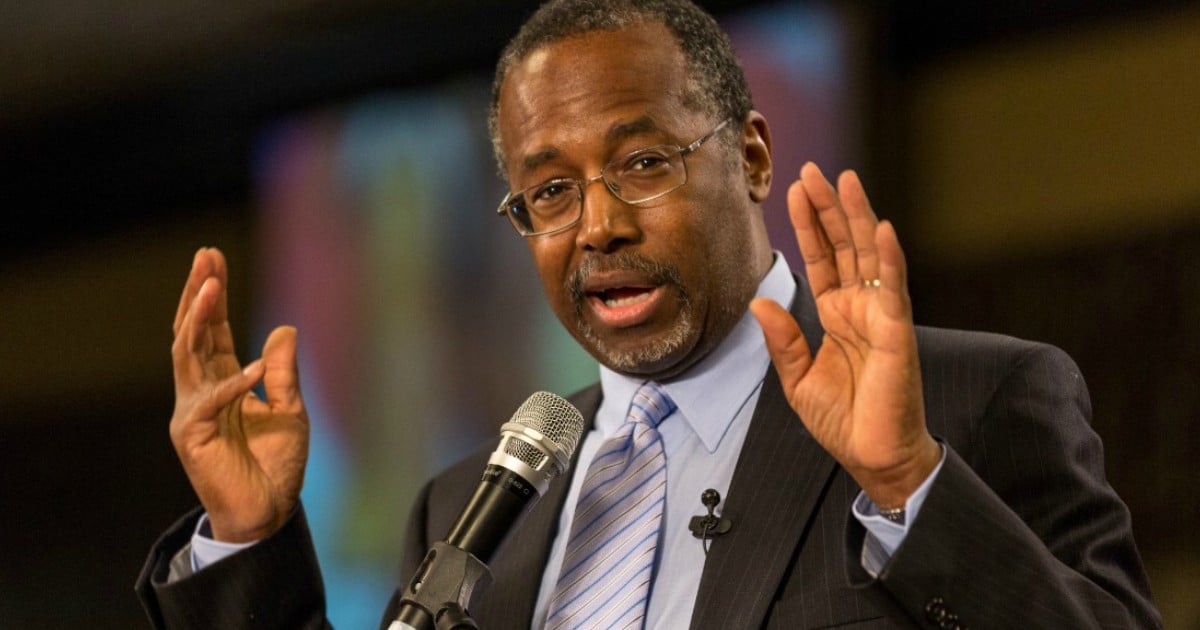 With Sanctuary Cities, leakers of national security, and obstructionist Democrats, it’s safe to say this: Donald Trump’s presidency is dealing with an unprecedented number of lawbreakers. But this might be the first time it’s one of his own running afoul of the law.

And Ben Carson? We’re talking about the world’s most brilliant brain surgeon. If anyone understands the law, or understands anything, it’s Ben Carson.

So why is Carson, of all people, running afoul of the law? Well, Carson endorsed Trump for president, again.

One might be forgiven for not noticing the violation. It happened quickly, and seems benign at first glance.

“The Secretary of the U.S. Department of Housing and Urban Development, Dr. Ben Carson,” an unseen announcer declared as Carson took the stage.

And with that terse, uninspired introduction, a federal law was probably broken.

The law violated is something called the Hatch Act. It’s old – all the way back to 1939 – and it exists for one simple reason: so that federal employees don’t undermine the president by campaigning for him, or for others.

In short, if you’re working for the government, you don’t have official opinions. You do your job, and follow orders. Simple, effective, and clean.

Obviously, though, no one really takes the spirit of that law seriously. Because politicians, federal employees, and even Secret Service members violate this all the time.

Carson, unfortunately, did just that.

Carson…appeared at a rally organized by Trump’s reelection committee as an emcee bellowed his official title to the crowd.

In addition to his introduction, Carson used the subject pronoun “we” and the object pronoun “us” at several junctures during his remarks, as though to explicitly identify himself with the Trump campaign.

Ben Carson says he did not violate Hatch Act at Trump's Phoenix rally b/c "he did not hear" announcer use his title. https://t.co/hqhzn9n5Ri

Mind you, Carson would have been in the clear if he appeared as ‘retired neurosurgeon Ben Carson.’ But because he appeared as HUD Secretary Carson, he’ll likely be in violation.

I wouldn’t worry, though. This happens all the time. Obama never even prosecuted his own guys’ violations.

It’s a good bet that Trump will just let this one slide.