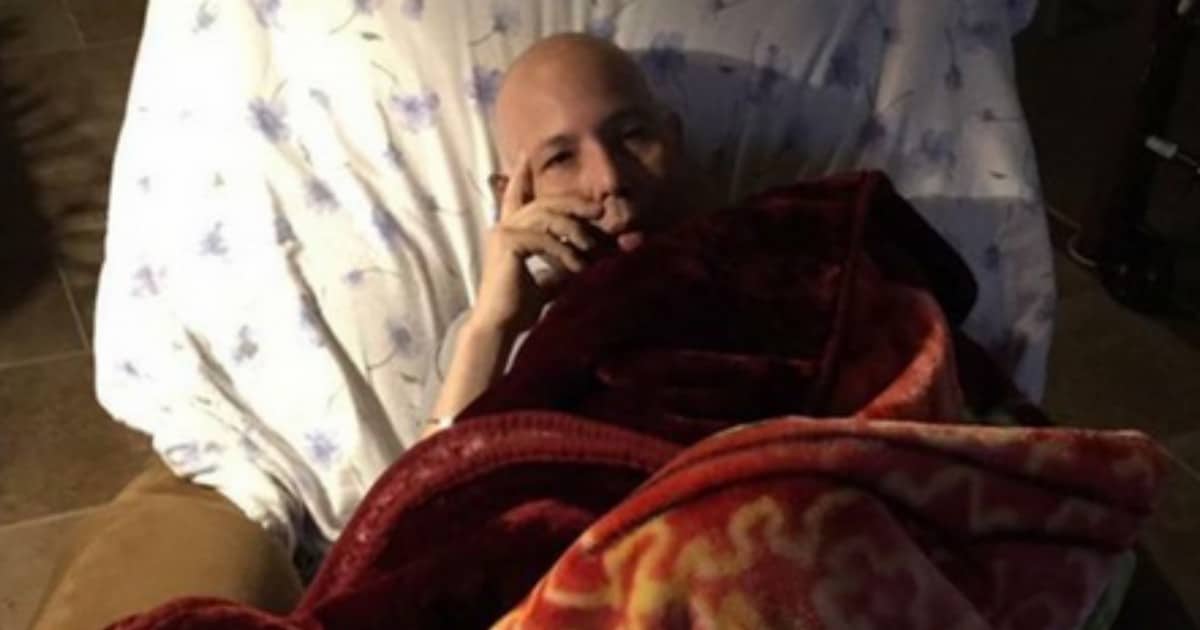 Veterans deserve our utmost respect and admiration. They put their lives on the line so we can be free.

That often means the best of them die untimely deaths. They suffer from terrible injuries, diseases, and even mental strain.

One hero is suffering, but his last wish is to hear from America.

🚨 🇺🇸️An Army veteran's dying wish is to hear from you.. the Arizona Veterans Forum posted his last wish on… https://t.co/E7amcS21Fc

Before Army veteran Lee Hernandez dies from an illness that his doctors have been unable to identify, he wants to talk to you — yes, you!…

Under hospice care at his home in Texas, the 47-year-old veteran’s body has deteriorated greatly over the past five years from continuous strokes have that have sapped his vision and cognitive abilities.

The illness has left his doctors flabbergasted, unable to do much for Hernandez but simply make his remaining days as comfortable as possible.

Included among those trying to brighten up his final days has been his wife, Ernestine Hernandez, who was heartbroken when, after being asked to hold Hernandez’s phone “in case someone calls,” she stood by for two hours as nobody reached out to him.

“I guess no one wants to talk to me,” the ill veteran then told his wife…

And so she decided to take action by reaching out to “Caregivers of Wounded Warriors,” which promptly shared Hernandez’s desire to talk with someone, anyone to the world…

What happened next is enough to make even the toughest, most battle-scared warrior shed a tear: The world answered Hernandez’s request in droves.

“(A) lot of people call to pray with him,” Ernestine Hernandez told the Republic. “It really uplifts him.”…

If you too would like to reach out to Hernandez, please call or text him at 210-632-6778 some time between 2 and 6 p.m., Arizona time (that’s Mountain Standard Time, because Arizona does not adhere to daylight saving time.)

That’s when Hernandez is reportedly alert, despite the heavy pain medication he happens to be on.

This man gave his life so that we can live in a free country. His time on this earth is short, but we all can help him feel just a little bit better.

Be sure to share this story with everyone you know. And if you want to reach out to him and his family, feel free to do so.