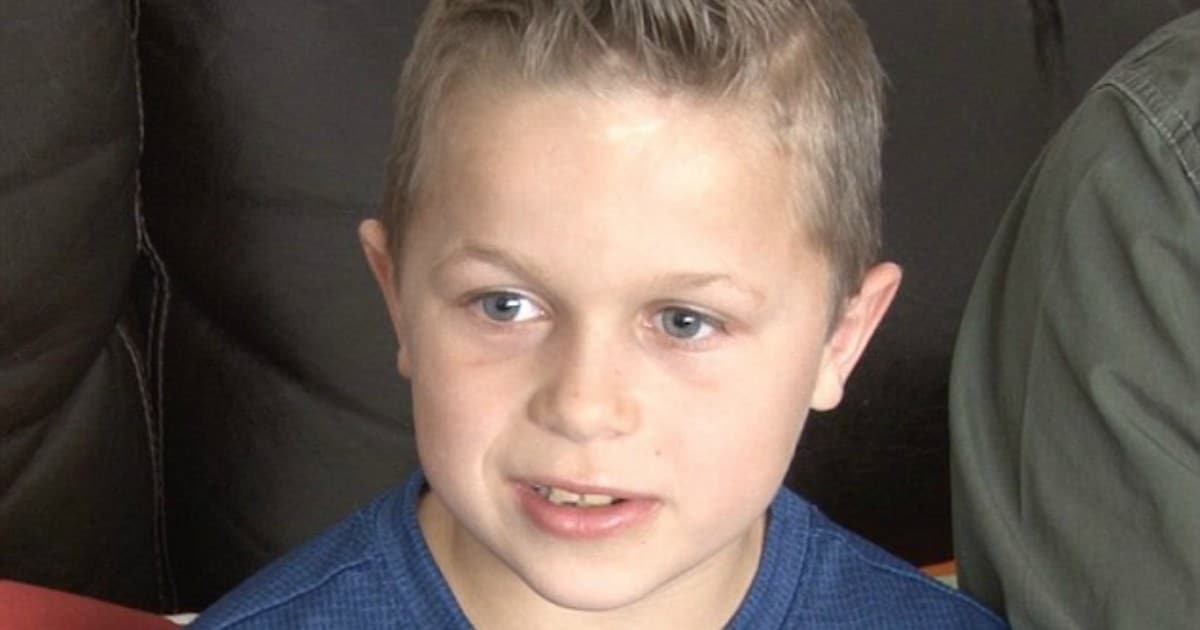 Given everything else that’s bad in the news recently, it’s nice to hear a heartwarming story once in a while.

Especially if that story involves an 8-year-old superkid.

Really. I mean, it’s not every day you hear about a child that saved his dad’s life.

Joe for America has a story on a child that, in one of those rare moments of adrenaline, saved a life by performing a feat that he simply, logically, and scientifically shouldn’t have been able to do.

I mean, I don’t know the exact math, but I’m pretty sure that, no matter which way you figure it, kids can’t lift cars. Not real ones, anyway. Yes, that’s right, an 8-year-old lifted a car!

Joe tells the story, from the moment the car, held up by a jack as father Stephen and sons Mason and J.T. worked on it, fell upon dad.

Now aware that something had gone horribly wrong, J.T. sprung into action. Although it had taken both his father and older brother to lift the car, J.T. began jumping up and down on the jack.

Despite weighing only 50 pounds at the time, he lifted the car in a matter of minutes. ‘It was scary, and I didn’t think that I could jack the car up, but I just kept on trying,’ he later said.

Miraculously, J.T.’s dad escaped with only broken ribs and no internal injuries.

Miraculously, indeed. If it took three people to jack the car up in the first place, it’s a safe bet that your standard human rib cage couldn’t hold up under that weight.

‘No internal injuries’ is indeed a miracle.

What defies scientific explanation even more, though, is how an 8-year-old, who likely weighs only around 50 pounds or so, somehow became heavy enough to jack up a car.

A car that was several thousand pounds heavier than he was.

In my experience, once the math fails, we call the final result a Miracle.

Given the Mainstream Media’s Fake News, ISIS, and the battle over Obamacare, it’s easy to get News Fatigue.

We should all remember that a lot of the things that happen daily aren’t terrible, hypocritical, horrible things.