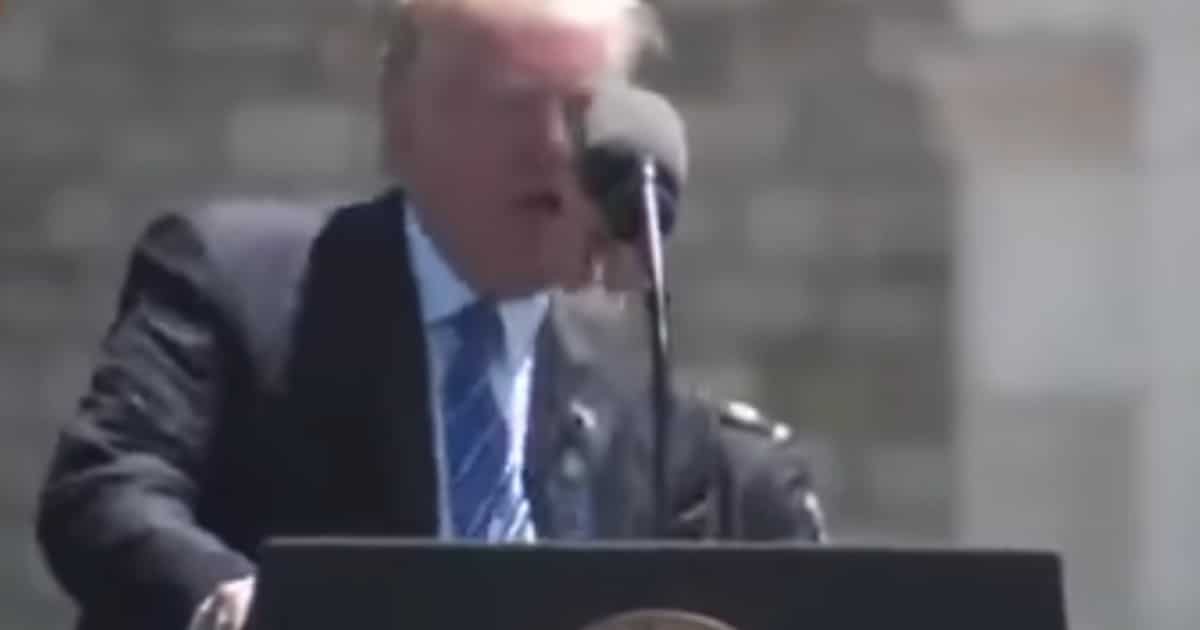 It is the duty of every American to respect and appreciate our men and women in uniform.

That is especially true of those who serve as law enforcement officers. Police around the country daily face dangers the rest of us can’t imagine. Each morning they put on their uniforms, knowing full well they might not come home at night.

But they do it gladly, in order to keep the rest of us safe. That is why it’s particularly damning for anyone — especially a racial activist group — to go after our cops. The men and women who lay down their lives for the rest of us deserve support, not to be hated by liberal groups looking for a fight.

In Donald Trump we have a president who supports and believes in our police officers. Unlike the radical left, he understands that our officers are that thin blue line that keeps chaos and destruction at bay.

Recently, the White House honored our men and women who serve in law enforcement. They held the 36th Annual National Peace Officers’ Memorial Service to thank those who serve and to remember those who paid the ultimate price.

During the event, the president made a small gesture that spoke volumes.

During his speech at the 36th Annual National Peace Officers’ Memorial Service outside the U.S. Capitol in Washington on Monday, President Donald Trump honored all of  America’s police officers who have fallen in the line of duty, as well as their families.

However, he took a little extra time out for the son of one of those officers, a 6-year-old boy named Micah.

In a video that’s quickly gone viral, the president reached under the podium and flipped his personal cap to the young boy who lost his police officer father in a gun battle in Phoenix, Arizona, last year…

“I said, when I got out of here, there’s no way I’m going to put on this hat. So we’ll leave off the hat. And this is for you, Micah. That’s for our beautiful Micah down there.”

It was a simple thing, to give the boy a hat. But it shows the personal care that Trump has for the American people.

The liberal media have tried to smear our president as an uncaring bully. Nothing could be further from the truth. Time and again he’s shown kindness and consideration to everyday citizens.

Whether it’s welcoming a man up on stage to give him a hug or to give the boy of a fallen officer a hat, Trump consistently shows that he puts people before his own prestige or importance.

Yet of course, the empty-headed liberals were quick to pollute this kind moment.

Trump just tossed a hat at 6 year old son of a fallen police officer at his Memorial Service. UNBELIEVABLE. pic.twitter.com/ko4qNrPd5I

Imagine being so hateful, so bitter at our president that you would complain about him giving a boy his hat. But this is the stupidity and evil of the left on full display. They no longer care about people, or helping Americans thrive. They only care about attacking our president.

The rest of us know better. We realize that President Trump is putting Americans first, even in the small ways.