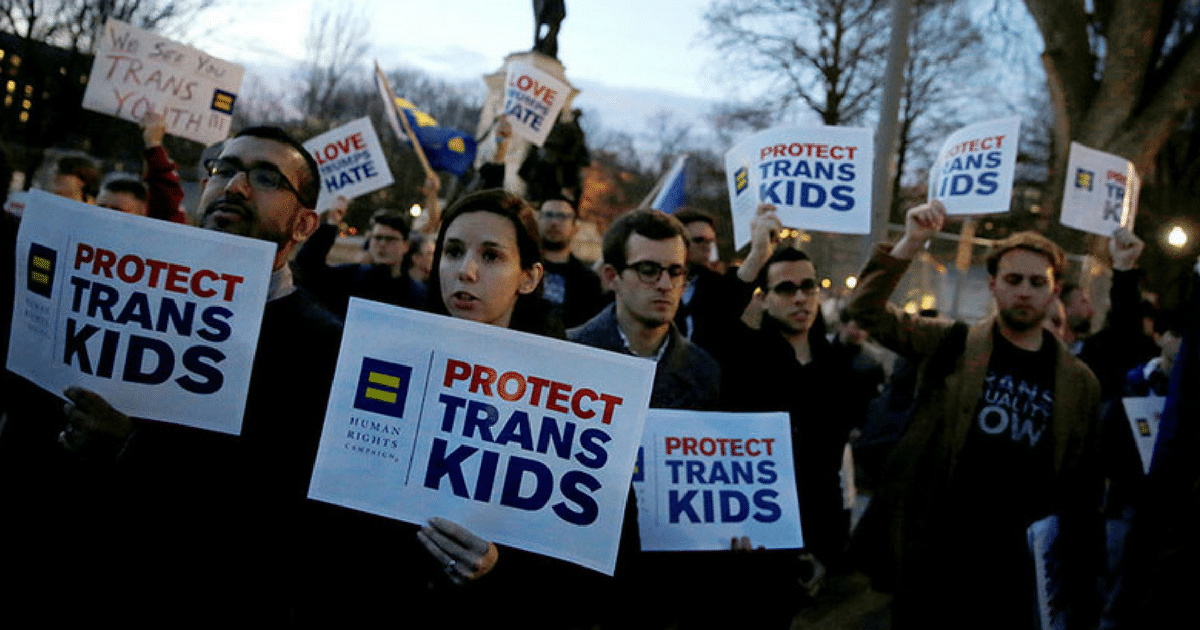 Our world is forever changing, and there’s not all that much any of us can do about it.

However, that doesn’t mean we can’t question the validity or necessity of some of the changes.

For example, there has been an inordinate rise in the diagnosis of gender dysphoria, which is noted as the distress that a person may feel as a result of the gender they were born with.

Naturally, that leads to some simple questions. For starters, why has there been such a startling rise in the number of cases?

Advocates will quickly point to more understanding of the issue on the part of medical professionals, but there seems to be a bit more at play here.

In it’s simplest form, gender dysphoria is a medical issue. Somewhere along the way, it has morphed into a political talking point. It fits in quite nicely with the identity politics that Democrats have chosen to focus on, and there has been a stark rise in awareness of the issue as a result.

That leads to another simple question: Is the increased awareness leading to this incredibly rare diagnosis to be applied haphazardly?

That question can lead you down a rather large rabbit hole, but it’s one that’s at least worth pondering. If nothing else, those that are actually considering making such a monumentally life-altering decision should be equipped with all of the information and dissenting opinions.

Who wouldn’t want that? While human instinct leads us to think that we’re in the right, there are times when we’re all quite wrong. Differing perspectives can help us see things differently.

Who knows, the decision we had our hearts set on may not seem so appealing once we’ve learned all there is to know.

When we’re talking about consenting adults of sound mind that are making the decision to change their gender, there’s simply no getting around it. Whether we understand it or not is irrelevant. It’s their choice, and we have to leave it at that.

However, it would be lovely to see a line in the sand drawn when it comes to children and teenagers that are incapable of fully grasping the consequences of their actions. Unfortunately, that’s not happening.

Unfathomably, some parents will give a green light for their children to change their gender without putting up much of a fuss. While it may play well in the liberal echo chamber, the fact of the matter is that it’s downright irresponsible.

Nonetheless, it continues. In fact, it’s being encouraged even more in some circles.

The Daily Caller shares the details on another startling development. Transgender teenagers as young as twelve years old have started freezing their eggs and sperm so that if they have sex reassignment surgery they will still be able to have kids that are biologically their own.

“Transgender people are not making a lifestyle choice. They are following their biological and psychological make-up about their identity,” said the head clinician for Britain’s National Health Service (NHS) for transgender youth Gary Butler, according to the Telegraph.

“If they want to become parents and raise a family, the science and medicine is there. It’s the right of the individual to be able to do that,” he added.

Transgenders shouldn’t be denied any of the familial opportunities that other people are afforded Butler said, noting the importance of the freezing eggs for those with gender dysphoria.

He and other doctors also agree that boys who feel they are biologically female should be allowed to freeze their sperm for future use, and have begun counseling young transgenders to do so.

Again, we’re talking about children. How do we know how these children are going to see things three or four years down the road when we can’t even say with certainty what will be piquing their interest next month?

Under the new NHS transgender youth program, transgenders who undergo psychological testing and receive a gender dysphoria diagnosis are referred to the Gender Identity Development clinic where doctors talk to them about freezing their sperm and eggs.

Not everyone is so keen on the idea that taxpayer dollars will now go to reproductive freezing services for transgenders however.

“The NHS is about treating people who are ill – that’s what we pay our taxes for.”

“It is not to aid people’s various wishes about what they want to do with their bodies or their futures,” said the former ethics committee chairman of the Human Fertilisation and Embryology Authority, Bishop Michael Nazir-Ali.

The United States is not shy about following the UK’s lead on things, so we can’t just dismiss this as a bizarre decision that doesn’t affect the rest of us.

It does. Even more importantly, children that don’t fully comprehend what they’re doing are being impacted.

Being a parent is not easy. There are times when it requires a stern stance. For example, an overwhelming majority of parents will draw a line in the sand on underage drinking.

As that belief goes, children will have to wait until they are adults to make responsible decisions about drinking.

Why shouldn’t it be the same when it comes to something that can’t be slept off?

Absent a glaring medical necessity, why would any parent allow their child to have an elective procedure that the child may see quite differently when they’re older and able to better process the reality of their decisions?

That’s some interesting food for thought, and you may want to pack a snack for the rabbit hole that it will lead you down.