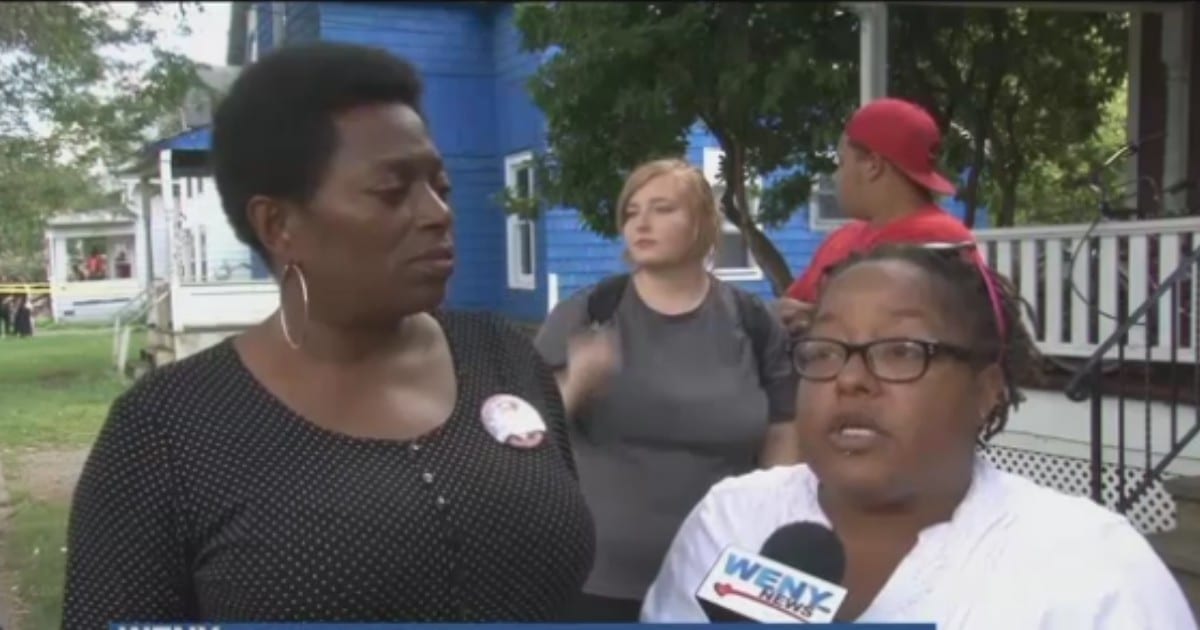 You never know what might be lurking in your own backyard. Most of us are decent, hard-working people. But sometimes we are confronted with the reality that some people are rotten to the core.

That’s just what two sisters from Elmira, New York discovered recently. While enjoying an afternoon, sitting on the porch of their home, they heard some strange noises by their neighbor’s house. Not willing to just ignore it, they decided to investigate.

One of the sisters climbed off the porch, brandishing a stick. She feared it might have been a dog, or perhaps a wild animal. She went around the side of the house, to the backyard of their neighbor’s, to discover the source of the noises.

What she discovered was beyond belief. It was not a dog, or any other wild, dangerous animal. Instead it was an infant. A young child with her head in a plastic bag. Although covered in rashes and evidently left for days, miraculously the child was alive.

After surviving for three days in a plastic bag, an eight-month-old baby girl was saved by two passersby on Tuesday afternoon. Sisters Kayla and Karen Seals found the infant in a white plastic bag near some bushes in the New York town of Elmira. They called 911 and reported that she was wearing a dirty diaper and had a rash covering her body.

After hearing noises, “my sister came out off the porch and went to the side to the backyard of my neighbor’s house with a stick, thinking it was a dog,” Karen Seals told Elmira television station WENY.

The baby, whose name has not been released, will soon be handed over to social services officials, according to the Associated Press. The sisters told police that they didn’t notice signs of abuse.

So what happened? How did this child end up in such a terrible situation? It wasn’t some accident or terrible twist of chance. But a deliberate act by her mother.

Police say 17-year-old Harriette Hoyt abandoned her baby Saturday afternoon. Apparently, she left her in a bag, hoping she’d die. Police are keeping her in jail, on charges of attempted murder. 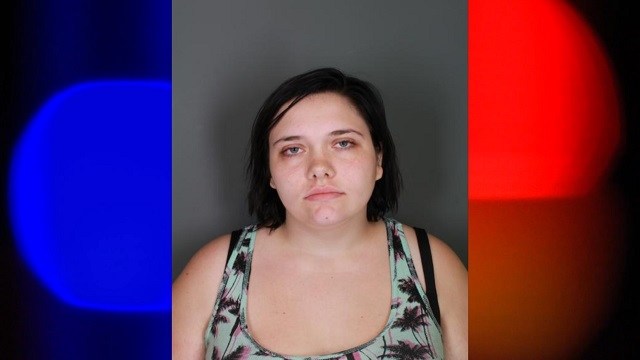 The child was taken to a local hospital then transferred to Strong Memorial Hospital for treatment. According to doctors, she’s in stable condition. The fate of the child is yet unknown; most likely she’ll be placed with social services.

The sisters who found the baby immediately went to work trying to help her. They took her inside and washed her up, calling 911. Because of their willingness to act and intervene, the child’s life was saved.

“They rendered as much first aid as possible until emergency responders could arrive on scene.”

Imagine being in this situation. You thought you heard the sounds of a dog or wounded animal. Instead it was a human being! What would you do? Would you know how to act? Thankfully these young ladies did the right thing, doing their best to aid the child and calling authorities.

What could be said about the mother? How could someone abandon a child—a baby no less—to die a horrible, cruel, painful death? How can a mother lack all the basic qualities of kindness, nurturing, and love—to do this to her baby?

Most parents instantly feel a connection to their children. The moment they lay eyes on that bundle of joy, they’re in love for life! A mother or father would bend over backwards for their kids. They’d cross the entire world just to see them smile.

To think that this woman—regardless of her age—could do that to her flesh and blood is sickening. Few of us can imagine what is wrong with her, that she would knowingly leave her baby to die.

Perhaps she is mentally ill. Perhaps she needed help, both medically and financially. Instead of reaching out to the many programs that could assist her, she felt this was her only way out.

Or perhaps she is an addict. Her dependence on drugs made it so she could not raise a child and lacked the ability to think clearly enough to know what she was doing was horrendous.

Or perhaps—worst of all—she simply is a depraved person. She lacks any moral compass. She is so selfish and corrupt that she could not think of looking after someone else.

Regardless of the reasons, this is a tragic story. At least the child survived and can look to a better future.