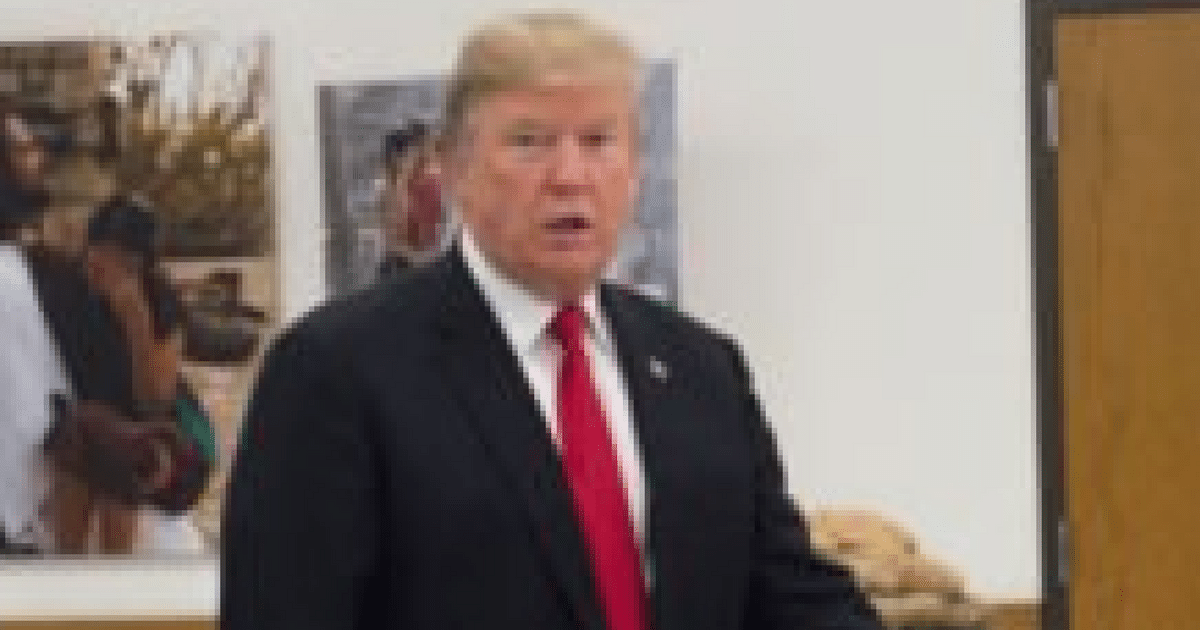 While the anti-Trump forces of the world continually attempt to portray the president as if he’s some kind of antichrist, reality tells us a very different story.

There has been plenty of evidence that President Donald Trump is simply a man that wants what’s best for the country as a whole, and he’s put a ton on the line to make it happen.

Think about it: why would a man that had already achieved such an extraordinary amount of success in the private sector subject himself to the amount of nonsense that he’s had to deal with?

The answer is pretty simple: because he cares.

That’s been evident in many different ways since he’s entered office, including his various interactions with our nation’s service members, or his personal response to various natural disasters.

Those are just two examples of the many that get lost in the prevailing narrative from the Left about Trump, but the fact that they disregard what’s right in front of their eyes doesn’t make their tall tales any more true.

Here’s another example of where Trump’s heart is really at. Good luck hearing even a whisper about it from those consumed with attempting to destroy him. 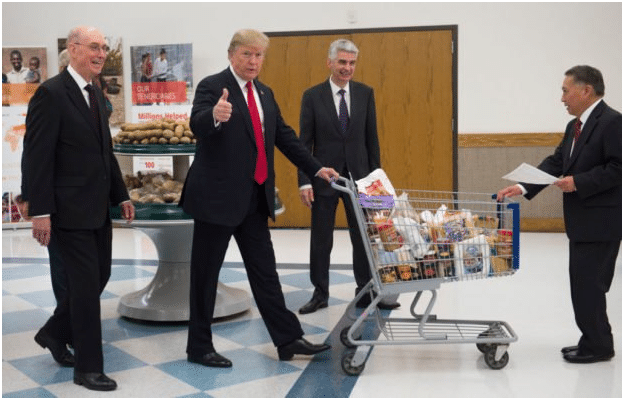 The Daily Caller shares the news.

President Trump visited Utah Monday to sign executive orders adjusting how the federal government will be controlling public land in the state.

The president strayed away from the major political news of the day. During his quick trip out west.  Trump instead opted for meetings with local officials and politicians from the state.

During one stop, Trump visited a food distribution center for the poor set up by the Church of Latter-Day Saints.

Trump’s executive orders were given plenty of attention by the press, and the usual spin was applied.

It was portrayed as if it was some kind of heartless and callous decision that was only being made for the most selfish of reasons.

What those reasons might be were lost in the reporting, so we can only assume that didn’t fit in with the jar of snake oil that mainstream outlets consistently peddle.

Also absent in the reporting was a little side trek that the president took. 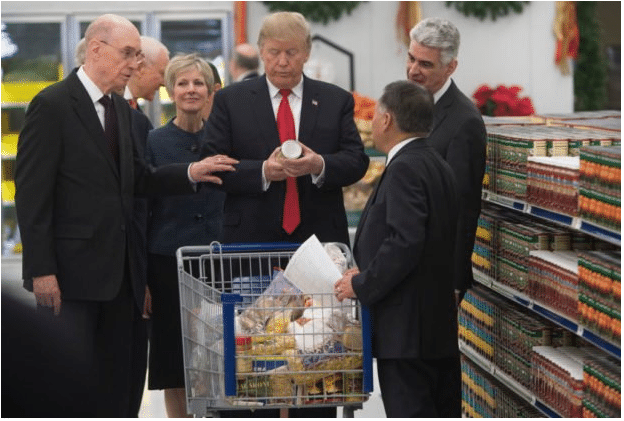 According to the official White House pool report, the president grabbed a shopping cart and started whipping around the grocery store:

POTUS was given a short tour of the facility where the LDS Church showed him their food services.

“Good stuff,” Trump said, grabbing a shopping cart and taking it for a spin.

It was quite a look to see such a powerful man wheeling around his own grocery cart and looking quite engaged all along the way.

There were even some rather memorable photographs snapped – including one that captured the president with a portrait of Jesus Christ looking over his shoulder while he stood surrounded by a aisle of peanut butter. 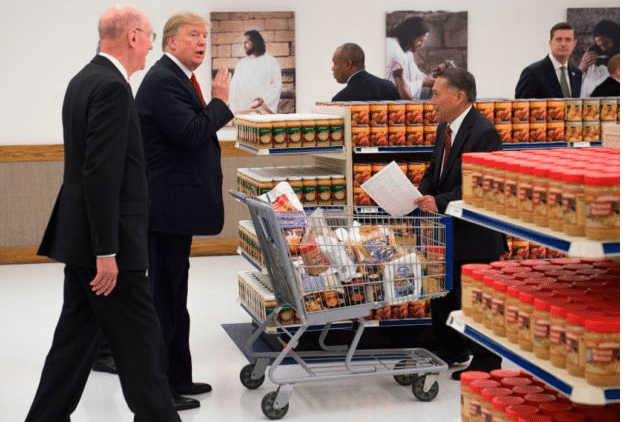 Because it’s Trump, most folks will never get to see things such as this during the course of the average news cycle.

Doom and gloom rules the day, but there’s a whole lot of positive to see if we all look hard enough.

Perhaps someday soon, we all won’t have to search so hard to find the truth.