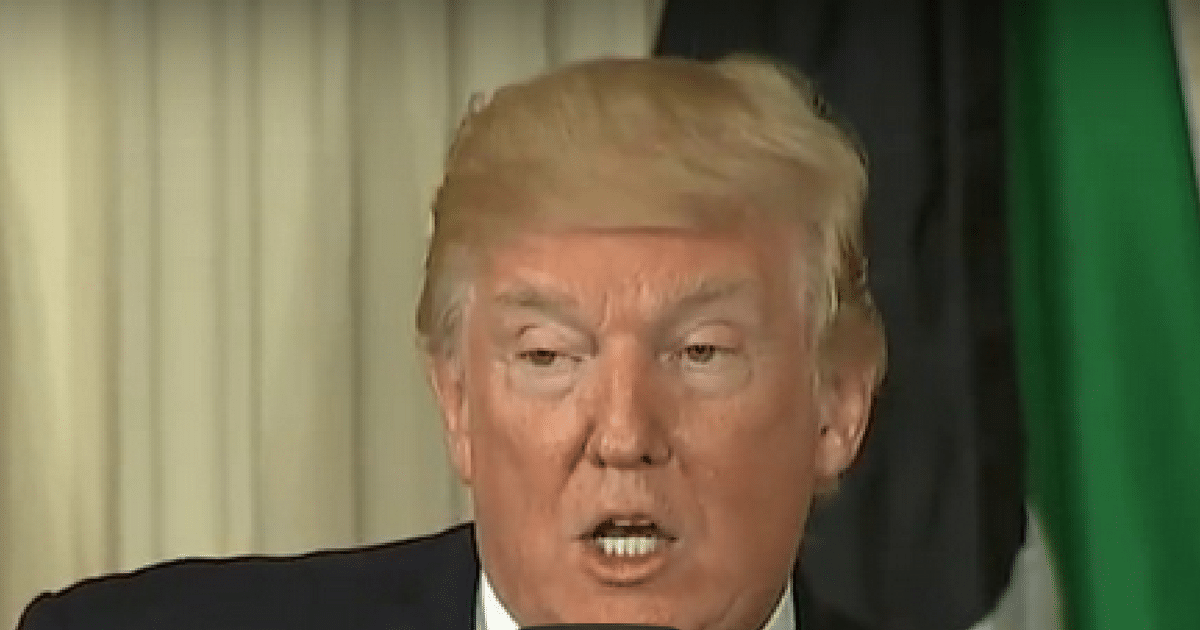 Donald Trump won the election with a number of promises, and refreshing tactics. But none was more impressive than his way of dealing with the press.

It’s not like the Mainstream Media didn’t have it coming. A stream of lies and half-truths had dogged politics for decades. Trump was just the first to forcefully point it out.

He still does. It’s why so many of us cheered when he put down a disobedient reporter, and spoke bluntly: “I am not negotiating with you.”

President Trump decided he had had enough and cut him off:

“We’re going to see what it is. No, I’m not negotiating with you. Maybe we’ll have a chance to negotiate with someone else.”

Trump then made it absolutely clear he was finished with the topic: “I don’t put my negotiations on the table, unlike past administrations. I don’t talk about it. But I can tell you, North Korea is behaving badly, and it’s got to stop.”

That’s the best part of the story. But you need to hear the beginning to appreciate it.

Reporters are always looking for times and places to trip up Trump. And some of the best times to do that are when he’s not expecting to talk about a certain topic.

In simple terms, it’s cheating – Trump is talking about Kuwait, and a brazen reporter asks a question about North Korea.

Oh, and if I forgot to mention it, Trump was talking about Kuwait, because he was at a joint press conference, with the Emir of Kuwait. Both Trump and Emir Sabah Al Ahmad Al Sabah gave individual remarks, wrapping up with the Emir wishing Florida well in the face of the imminent and massive Hurricane Irma.

President Trump opened up the floor for questions from the press — and CBS’s Major Garrett nearly derailed him with the first question:

“Mr. President, on the question of North Korea…”

You can imagine how the rest played out – Trump answers the question graciously. And the reporter doesn’t stop, until finally, Trump decides he’s had enough.

“I’m not negotiating with you.”

You know the rest, of course.

It’s not that the reporter’s questions weren’t valid. It’s that he wasn’t playing by the rules.

Well, look at that:

President Trump working with the Emir of Kuwait, a Muslim-majority country, to combat terrorism.#ThursdayThoughts pic.twitter.com/IP9ef5Qb2k

Like I said, Americans love this president because he’s the only one who was finally able to give the press their own crap right back to them. And we can’t get enough.