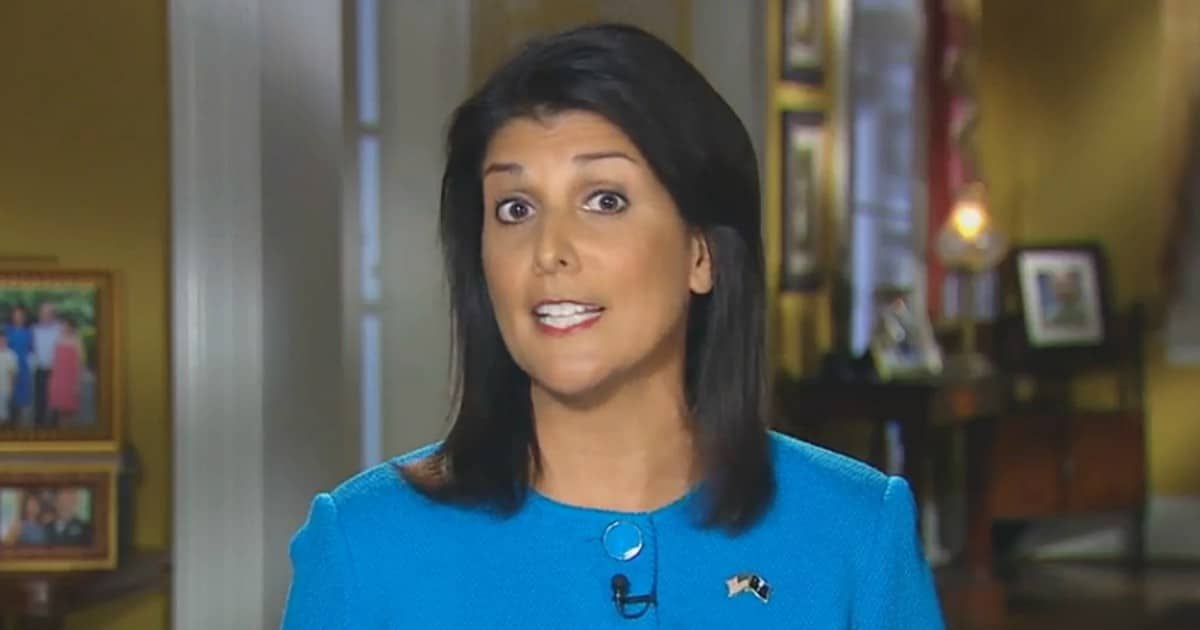 President Trump has known for years that the United States will probably be fighting China soon. He’s seen the signs in the financial world, he’s seen their business practices, and he’s dealt with them firsthand. So it shouldn’t be a surprise when new signs of conflict with China suddenly appear.

This one, though, surprised us all.

So the fact that China had to be strong-armed into voting for no-brainer sanctions? That is what we call ‘trouble brewing on the horizon.’

U.S. Ambassador to the U.N. Nikki Haley revealed Monday that the U.S. had to twist China and Russia’s arms to get them on board with the new sanctions on North Korea.

North Korea conducted two tests of an intercontinental ballistic missile in July, escalating the military threat. As North Korea is close to a viable nuclear deterrent, the U.S. pushed the U.N. Security Council to act, and that required convincing China and Russia.

Haley explained that the U.S. will need to stay after China to ensure that they fully implement sanctions against their nuclear neighbor. “China stepped up and said, ‘We will follow through on these sanctions.’ And now we have to just stay on them to make sure they do that.

Haley is being nice here. You have to read between the lines.

The fact that she mentioned them at all is a sure sign that there was a behind-the-scenes fight. And the public compliments? Standard diplomatic warning.

Analysis: Why the latest sanctions on North Korea may fail https://t.co/BWUdwjdfFT via @usatoday

It’s basically a way of saying, ‘you promised us one thing, and now I’m complimenting you in front of the entire international community, so they’ll all be watching you, and making sure you follow through.’ Diplomacy is as much about disguised threats as anything else.

And as much as North Korea, China, or Russia might threaten, there’s no one better at this than Nikki Haley. And my money’s on her.