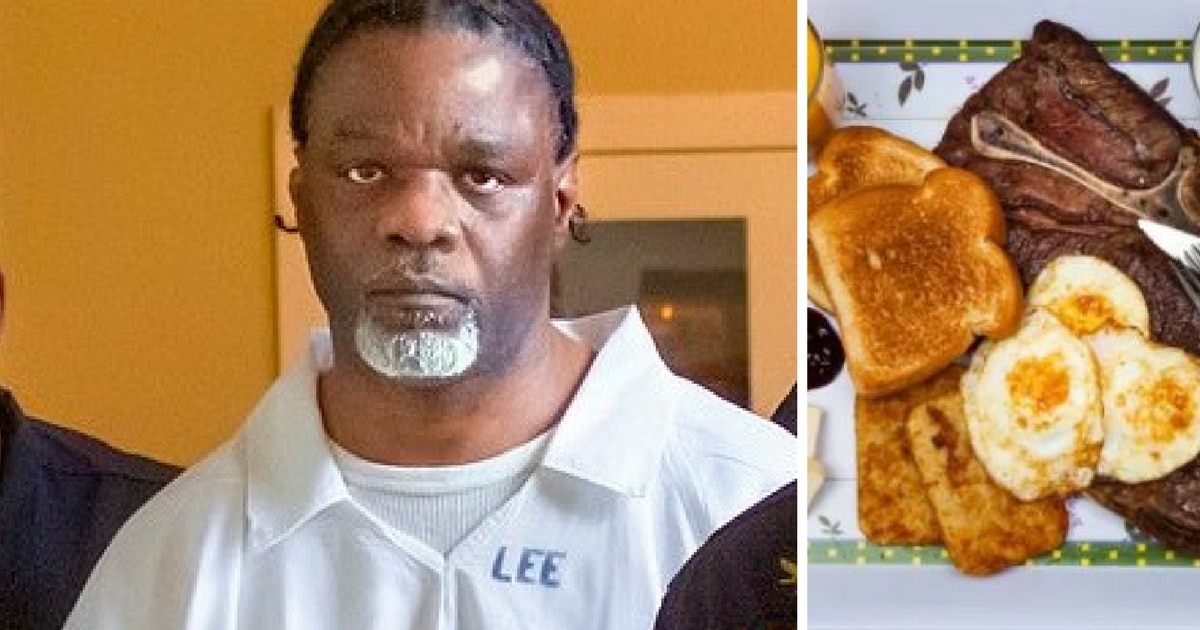 God is not dead, not even in prison.

An incident in an Arkansas prison on Thursday reinforced one important thing about Americans – even criminal Americans – that liberals still don’t get: we believe in God, and we don’t like those beliefs being mocked.

Ledell Lee is – well, was – a convicted murderer. He had killed his neighbor with a tire iron in 1993 and has been on death row ever since.

Lee, like all death row inmates, was given his choice of last meal. But he refused it, and asked for one other thing instead: Holy Communion, the body of Christ.

And while I condemn most of the choices Lee made during his life, this one deserves my applause.

Lee was executed for the 1993 death of his neighbor Debra Reese, who was struck 36 times with a tire tool her husband had given her for protection. A prison spokesman said Lee declined a last meal and opted instead to receive communion.

His case was thrust into the national spotlight for this reason, and for one other reason: his execution was ultimately decided by the Supreme Court.

(Gorsuch, if you were wondering, voted ‘yes.’)

His execution marks the first in Arkansas since 2005. The state had planned eight executions over an 11-day stretch in April, but the courts granted stays of execution in the first three cases.

Had the plan gone through, the eight executions would have been the largest number carried out by any state in such a brief span since the death penalty was reinstated in 1976. Arkansas has hurried its timetable because one of the drugs used in the lethal cocktail will expire at the end of the month.

…the U.S. Supreme Court had issued temporary stays of execution to consider emergency motions related to the suitability of the drugs.

The Supreme Court voted 5-4 to allow the execution, with newly-seated Justice Neil Gorsuch voting with the majority.

But while legal wrestling over expired drugs is mildly interesting, the real story here is Lee’s final choice, and what it means for all of us. After all, while we can’t escape the consequences of our actions, we can always make one more right choice.

Thank God for that.