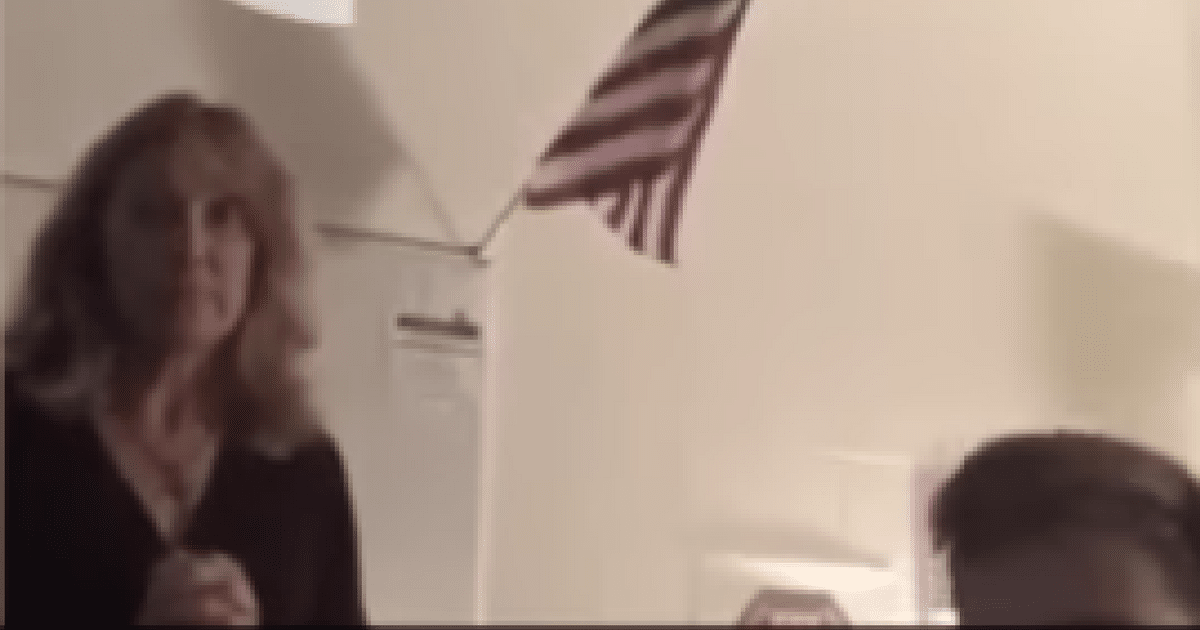 Libs were so angry at losing the election that they literally lost their grip on reality – and the rest of us normal Americans had to make up a term for their insanity.

It’s called ‘Trump Derangement Syndrome.’ And I’ve never seen it as bad as this.

Clinically speaking, Trump Derangement Syndrome refers to the vicious, angry, ‘frothing-at-the-mouth’ displays of idiocy that the Left has unleashed ever since the election.

It’s opposition to anything and everything Trump, no matter how ridiculous that opposition is. Or how reasonable Trump’s suggestions are.

Simply put, it’s the decision of nearly half the country to act like children, rather than come together to work together like adults. Because, in their eyes, conservatives have elected some sort of Hitler, rather than just an outsider.

And if you think ‘Hitler’ is exaggerating, just wait until you see this teacher compare MAGA hats to swastikas.

[A] high school math teacher who kicked students out of class for wearing “Make America Great Again” shirts has reportedly been fired.

Lyn Orletsky, [a] teacher at River Ridge High School in Georgia, was caught on video telling the students that wearing the MAGA gear was no different than wearing a “swastika.”

Mind you, Ms. Orletzky wasn’t subtle about that last point. She made it explicitly clear what her views were.

The video evidence, of course, is here:

I can’t help but remember a time when liberals were angry when a small fraction of conservative speakers compared Obama to Hitler.

And their response is fitting here: ‘look, you may not like him, but until the guy says he wants to kill 6 million people, maybe we should not call him Hitler?’

Well, fair point. So, libs…where are you all now? Anyone?

Because I really don’t hear any of you speaking up to condemn this woman.

While the liberal hypocrisy is blunt and glaring, as usual, the school board at least made a right decision…sort of.

[We are seeking an] “experienced educator to teach these classes for the rest of the school year.”

My guess, though, is that it’s harder than you might think to fire a teacher. After all, she’s probably union.

But at least the principal had the sense to get her away from young minds.