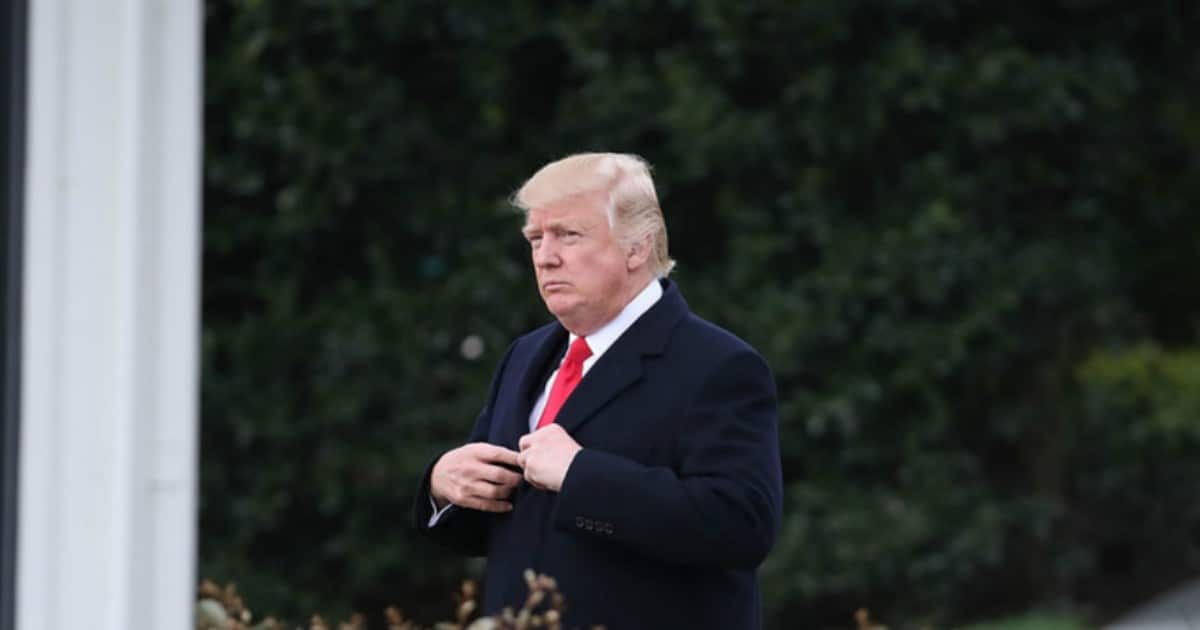 Everything we’ve been warning about is now coming true – and Trump’s reactions prove it.

It’s no secret that the biggest problem Trump was going to face in his presidency was North Korea. Everything else was manageable – troublesome Democrats?Troll them on Twitter; they deserve it. Troublesome Syria? Send them a missile, and talk to Russia. And it worked.

But North Korea? It’s run by a madman. And you can’t count on insane people to behave logically, especially when they have nuclear weapons.

And especially not when they’re testing missiles that can hit the US. And it’s that very thing that Trump is now holding secret meetings about.

The test of North Korea’s first intercontinental ballistic missile was apparently a sign to President Donald Trump that it was time to act.

The president called an emergency meeting on July 4 to deal with the fallout from the launch and worries that the newest missile, called the Hwasong-14, could reach Alaska.

The missile would “fundamentally put an end to the U.S. nuclear war threat and blackmail,” North Korea said after the launch.

It’s important, mind you, to remember what North Korea actually teaches its own citizens, and just how frightening this becomes after that.

Fact is, if you’re born in the North, you’re subjected to a daily onslaught of state-run propaganda, and it all claims one thing – the US has been trying to wipe North Korea off the map since the Korean War.

US soldiers are painted as mass murderers. We’ve been trying to slaughter their civilians. We’ve been blocking their progress. We are, basically, the Devil himself.

Every good North Korean believes these lies. It’s probably why they’ve cheered on the development of the North’s nukes, and missiles.

“Upon receiving the report on the successful test-fire of intercontinental ballistic rocket Hwasong-14 was televised by the Korean Central TV Broadcasting Service at 15:00 on Tuesday, all the army and people of the country are gripped by a great joy.”

That, of course, was the North’s propaganda. But don’t think for a second that the people there don’t believe it.

And that leaves the US with few options. Because these are not a people, nor a leader, that will listen to reason. Or even understand the real history of their country.

[Said Nikki Haley] that while diplomatic solutions were preferable, the United States was ready to use force.

“Their actions are quickly closing off the possibility of a diplomatic solution,” Haley said. Diplomacy would be nice. But this may be a situation that simply requires force. Stay tuned.