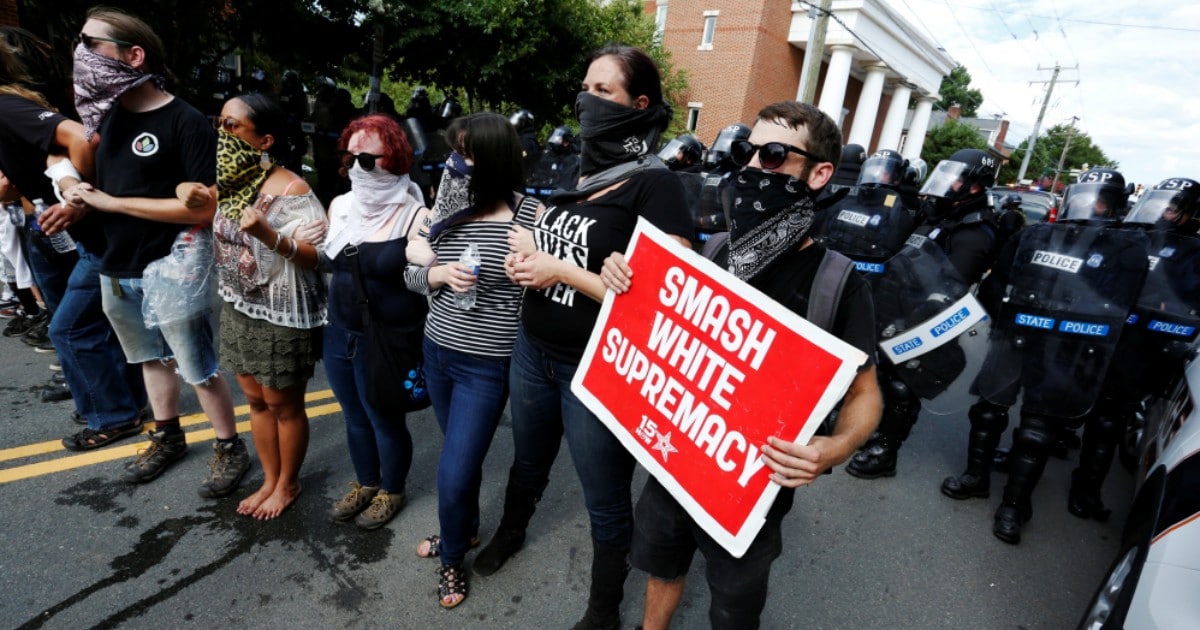 Over the last year, the radical hate group known as Antifa has been wreaking havoc.

Peaceful gatherings have erupted into violence. These dangerous and vile people have burned cities, beaten citizens, and destroyed property.

It’s obvious what Antifa really is. But will we soon have support from the White House?

The petition to the White House to formally classify Antifa as a terrorist organization has hit 100,000 signatures.

Created by an individual going by the initials “M.A.” on August 17, 2017, the petition calls on the U.S. government to formally recognize the leftist extremist movement, Antifa, as a terrorist organization.

The petition was created in response to last weekend’s bloody events in Charlottesville, and the rise of the “alt-left” on the national stage, as highlighted by President Trump.

“Terrorism is defined as ‘the use of violence and intimidation in pursuit of political aims’. This definition is the same definition used to declare ISIS and other groups, as terrorist organizations,” reads the petition…

According to the site, accepted petitions are reviewed by “appropriate policy experts,” allowing the administration to issue a response.

Even fake news outlets like CNN and New York Times are admitting that Antifa is violent and dangerous. They use violence to silence opinions they don’t agree with. That is the definition of fascism. Yet they are so arrogant as to claim they oppose fascism. In the form of Trump supporters.

Long before the ugly events at Charlottesville, Antifa has been attacking honest Americans. Not racists or Nazi’s, but conservatives who want to support their President and their freedoms granted by our country.

Antifa hates this. Much like radical, Islamic terror, they hate Americans celebrating their freedoms.

Antifa hates democracy. They hate free speech. They hate capitalism and it’s ability to make individuals rich. They want to turn the United States into a miserable socialist wasteland, where only violent monsters like themselves have their say.

It’s high time the United States called them for what they really are: terrorists.