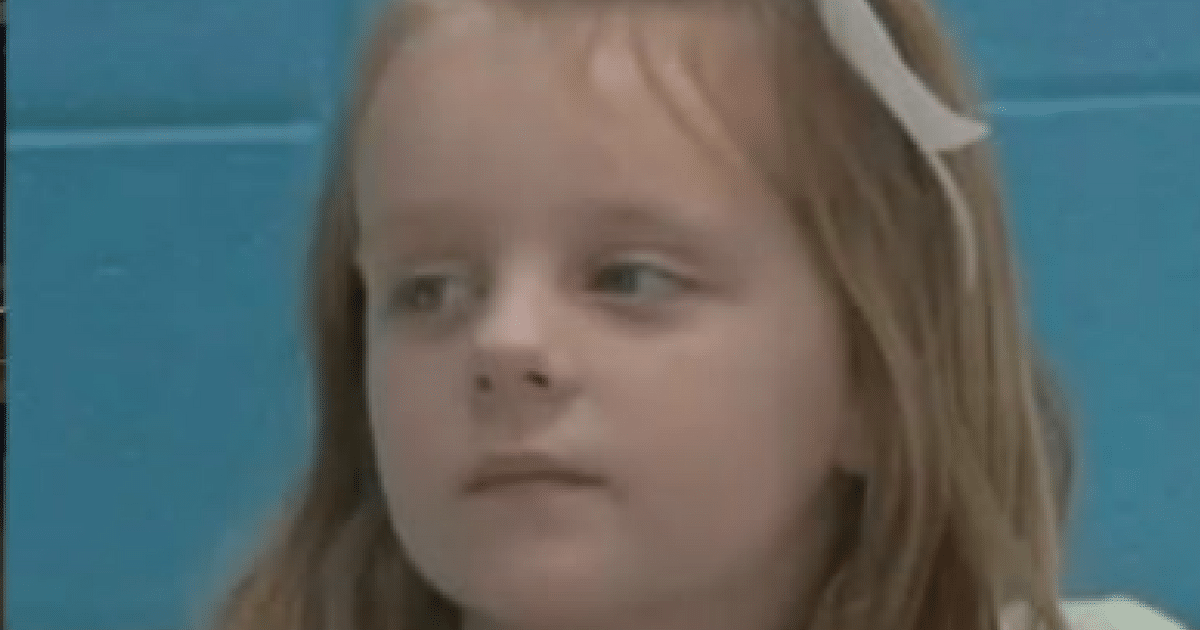 We live in a complex world that’s fraught with problems. While it doesn’t seem like there’s any getting around that, a closer examination of things tells us otherwise.

Many of the problems that continue to perplex us remain that way because we think them to death. Oftentimes, a simple approach would go a long way towards helping us solve the conundrum we’re facing.

For confirmation of that theory, we need to look no further than how things are perceived and processed through the eyes of a child.

Things are usually super simple for kids. When they know what they want, they follow a pretty simple formula to make it happen: show some respect, drop some kind words, and make the person they are asking an offer they can’t refuse.

The Independent Journal Review shares an example of how one seven-year-old girl successfully applied that tried and true formula.

Mackenzie Kroger and her family planned to visit the nation’s capital in April 2018, and on Aug. 9, she wrote a letter to President Donald Trump to see if she could pay him a visit. 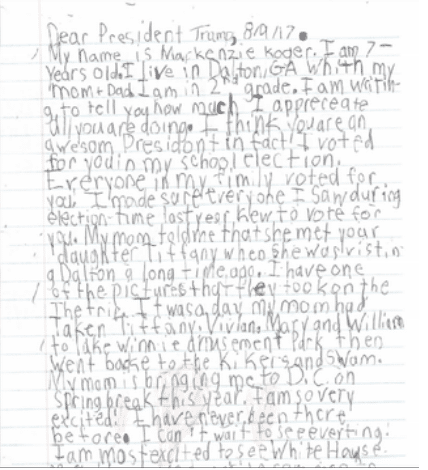 “I’ve never been there before,” she wrote, per Fox News 5. “I can’t wait to see everything. I’m most excited to see the White House.”

She acknowledged that as president, Trump is a “busy man,” but hoped that if she couldn’t meet him and shake his hand, she’d at least be able to see his office.

Her letter concluded the same way any good guest’s would — with an offer to bring something to eat because “food brings people together.”

Kroger hit all the right notes in her request, and it’s not too hard to see why it captured the attention of the White House.

We would imagine that she was pretty tickled by the personal response she received.

On Thursday, she received her answer when Press Secretary Sarah Huckabee Sanders invited her and her family to come to the White House on behalf of Trump.

Huckabee Sanders added that she would personally give the Krogers a tour, and if the president was in town, he’d love to meet with them also.

While she agreed with the 7-year-old about food’s effect on people, she explained there’s no need to bring snacks from their home state of Georgia because the family was invited to eat lunch in the Navy Mess in the West Wing.

This amazing little girl and her family are about to have a day they’ll never forget, and it can all be traced back to Mackenzie’s super simple approach to things.

There’s a huge lesson in there for all of us. Let’s keep it in mind the next time we’re racking our brains over something that seems unsolvable.

On a side note, perhaps our nation’s leaders can approach things with a similar mindset: simple is better, and it’s a lot easier to get what you want when you show some respect while asking for it.

You can check out the awesome story of Mackenzie’s letter in the video below. We wish her and her family an outstanding day when they visit the White House.