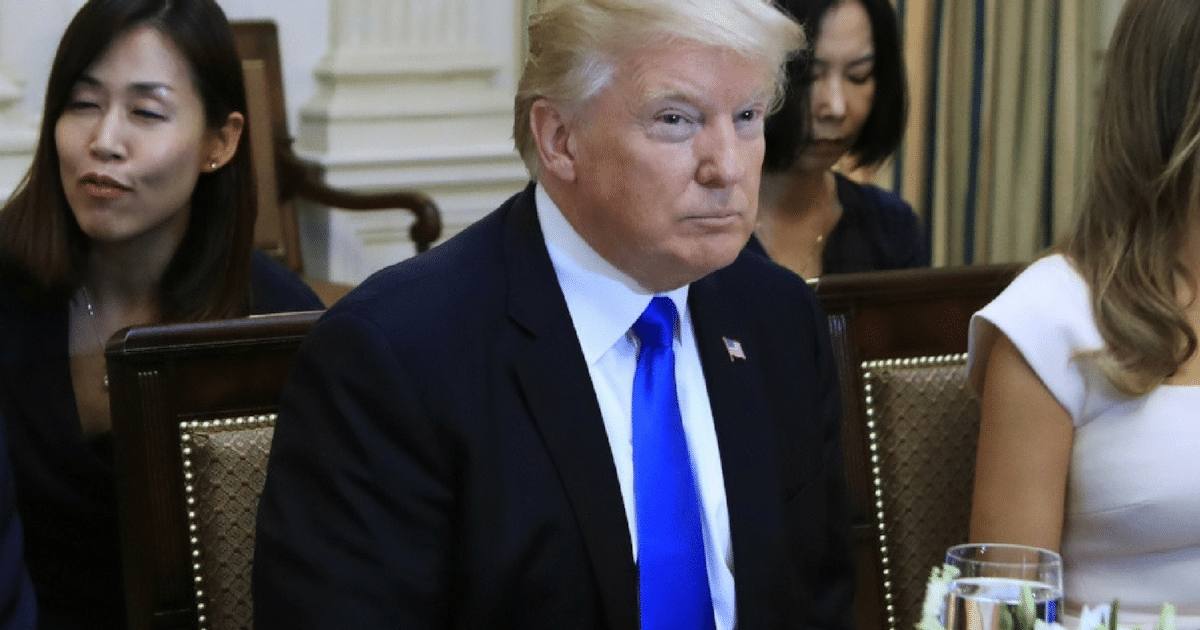 President Donald Trump is in the midst of his lengthy trip to the Pacific Rim.

As with other appearances by the commander-in-chief on the world stage, it’s gone quite well.

Trump has been incredibly well-received by foreign dignitaries, and his many remarks have resonated in fantastic fashion.

Compare and contrast that with the treatment that the President of the United States receives on our shores. To say that it’s night and day would be an understatement.

Despite the constant onslaught from the mainstream press, Trump has trucked along and done his thing since entering office.

He’s sticking to his promises, and he remains true to his core principles. That was on display once again during one of the stops on his tour.

President Donald Trump’s second stop in his Asia trip is in South Korea on Tuesday, where he spoke of America’s trade deficit and ate with soldiers.

“I had a choice of having a beautiful, very fancy lunch and I said no, I want to eat with the troops and we ate with the troops,” Trump said about his lunch at Camp Humphreys.

Trump visited the military base instead of the demilitarized zone (DMZ). “It’s becoming a little bit of a cliché, frankly. And that’s why he’s going to be down at Humphreys,” a senior administration official, speaking on the condition of anonymity, told reporters last week.

While this may seem like a small blip in the grand scheme of things, this is actually points out one of the vast differences between Trump and his predecessor.

When was the last time we saw our leader forego the pomp and circumstance that’s naturally attached to his appearance?

The short answer is that it’s been at least eight years.

Shortly after he landed in Japan Saturday, Trump delivered a speech that could only be interpreted as a warning to North Korea’s Kim Jong Un.

“No one, no dictator, no regime … should underestimate American resolve,” Trump said at Yokota Air Base. “Every once in awhile in the past they underestimated us. It was not pleasant for them.”

The North Korea situation is one of the many untenable ones that have been dumped into Trump’s lap.

He’s kept his cool and showed strength as necessary, but he’s made it crystal clear that our nation and its allies will be protected at all costs.

That’s another of the many things we haven’t seen in at least eight years.