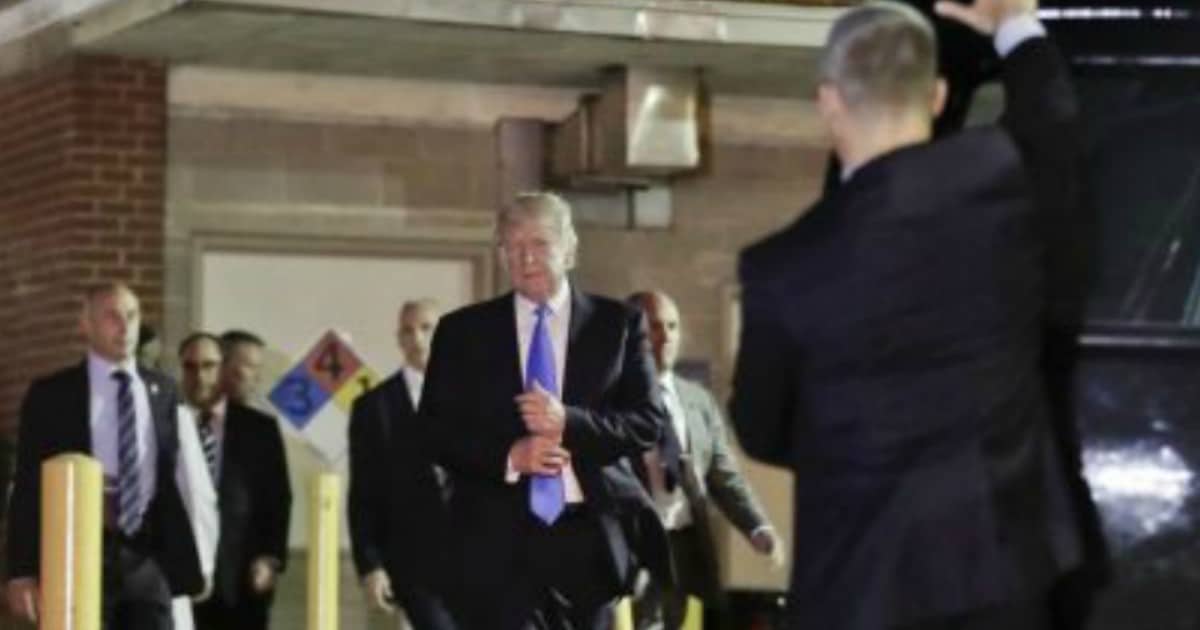 No matter what the hateful media might say, we know that our president is a good man.

Time and again he has shown consideration for others. Even though he is incredibly busy, he frequently sets aside time to look into the needs of the people around him.

There are many stories of how he’s taken time out of his day to connect with mothers, children, and veterans—anyone that he can show support and kindness to.

Which is why we are not surprised to learn that he canceled his birthday plans to do this one thing.

On Wednesday evening, President Trump refrained from his birthday plans so he could visit Congressman Steve Scalise at MedStar Washington Hospital Center.

Scalise, who remains in stable condition, was one of the five victims shot Wednesday morning during practice for the charity Congressional Baseball Game by shooter James Hodgkinson.

President Trump and the first lady brought two bouquets of white flowers to the congressman who had undergone an emergency operation earlier that day after suffering a gunshot wound to the hip.

CNN reports that while at the hospital the president spoke with Scalise’s family, along with doctors, inquiring into the health of the congressman who attempted to drag himself off the baseball field in Alexandria, Virginia, after he was shot…

According to reports from CNN, while Scalise and the other two victims are expected to make a full recovery, the journey ahead will not be easy.

So far, the Louisiana congressman has received multiple blood transfusions after suffering damage to his internal organs from the shot.

Throughout the campaign and the months following, we’ve heard about moments like this. Moments when Donald Trump took time out of his day to shake an officer’s hand, or to talk to a young child, or to express gratitude to a soldier or veteran.

Scalise is a servant of the American people. A conservative and supporter of the President. It is no surprise that Trump would look in on him at the hospital, to show his support. But to do so, at the expense of his own birthday celebration, shows the kind of consideration for others Trump possesses.

Don’t believe the media when they try to paint our president as a cruel or uncaring man. Long before Trump became POTUS, he’s had a reputation for caring for others, especially those in need.