There’s one more big piece of evidence that all of the rumors about Trump and Russia are false, and it’s this: Trump and Congress are having an ungodly amount of fun trolling Vladimir Putin.

Mind you, there’s some serious stuff that’s infuriated Putin, too. I’ve mentioned the Syrian bombing a few times before, and probably will again. It doesn’t help US-Russia relations when you bomb Russia’s best friend. I guess the liberals crying ‘conspiracy!’ didn’t think that part through. 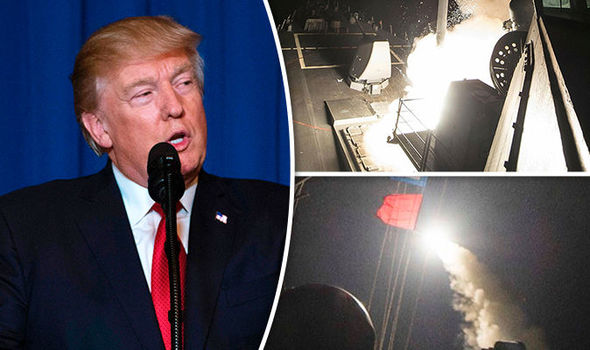 But Congress has also been trolling Putin in far more entertaining, and less warlike, ways. And the best one just passed the Senate yesterday – a bill to rename the street in front of the Russian Embassy.

After a murdered Russian dissident. One that Putin hates. Congress is moving forward with an effort to rename the Washington, D.C., street in front of the Russian embassy after an anti-regime dissident who was mysteriously murdered due to what many believe was his outspoken criticism of Russian President Vladimir Putin.

[The bill will] rename the street in front of the Russian Embassy after Boris Nemtsov, a prominent Russian physicist and democratic political reformer who publicly battled with Putin. Nemtsov was shot in the back multiple times in 2015 in what many believe to be a political assassination.

It’s hard to dismiss just how irritating this would be for Putin.

See, although Putin wouldn’t have to see the street sign every day, he would have to make sure that all official correspondence with the embassy has the embassy’s address on it. Which means he’d be seeing that name many times a day, all day long.

And given how much correspondence goes back and forth from the Russian embassy to Russia itself, that’s a lot of Boris Nemtsov spottings. It’s as if Congress magically changed the name of the Clinton’s estate to ‘Donald Trump Wins Plaza,’ and Hillary were forced to live in it.

(Honestly, not a bad idea.)

And trolling Putin? Surprisingly enough, it’s one of the few things that everyone in Congress agrees on.

“Boris Nemtsov was a friend of many members on both sides of the aisle. This is just one way to hold Putin’s feet to the fire.”

It’s beyond shameful that Congress can’t work together on anything else. Remember that. As well as Boris.