The Pentagon has just lost some two billion dollars of taxpayer money, in a way guaranteed to piss off two people – the average American taxpayer, and Donald Trump.

Let’s talk defense spending – it’s expensive, and it’s worth it. At least if it’s done properly. Billions of taxpayer dollars are fine to spend, if we’re saving American lives and protecting American values.

The problem is, when you’re working hard to keep your military the best in the world, you’re going to be impatient to build bigger and better weapons. Even if it means skipping essential steps in the building process. 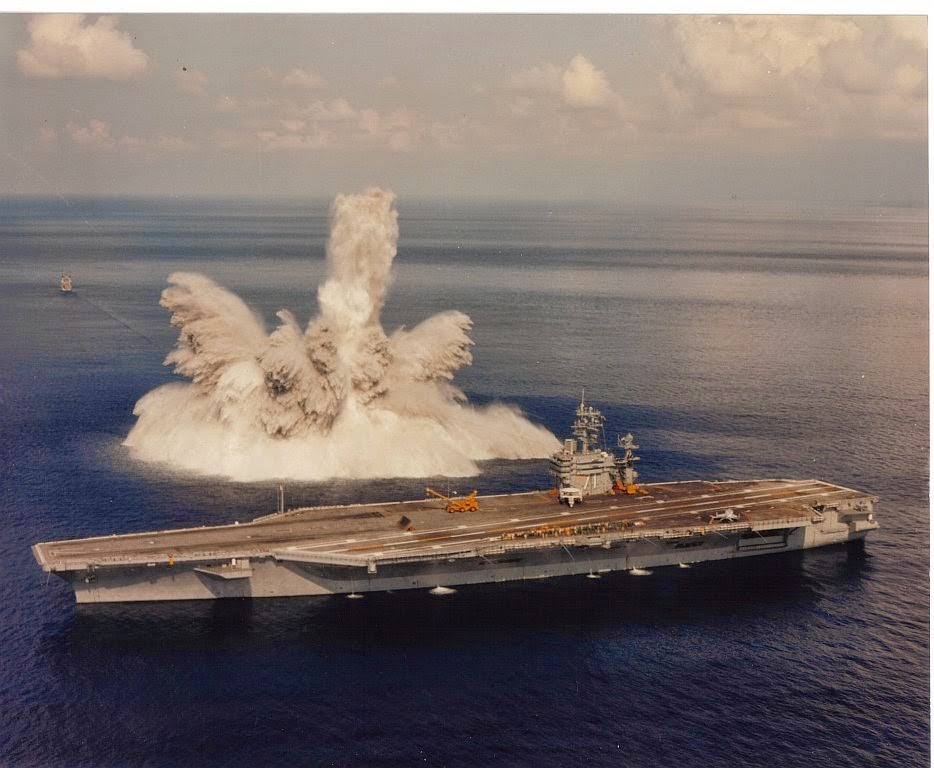 And safety testing? That’s a pretty essential step for building an aircraft carrier.

And skipping it can be very, very costly in the long run.

After the all-too-predictable delays and cost overruns, the $12.9 billion USS Gerald R. Ford will finally be commissioned on July 22. However, it still won’t be ready for action, and the Navy may speed up deployment by forgoing shock tests.

In “full-ship shock trials,” massive explosions are set off near a vessel to test its structural strength. By skipping shock trials, the Navy will be able to have the Ford operational and deployed by 2019 or 2020.

But short-cutting the development and testing process can lead to big bills for taxpayers when deficiencies have to be fixed further down the road.

Consider exactly what is happening here.

The USS Gerald R. Ford is one of the biggest ships every designed. It’s a small floating country. And lord knows that’s a handy thing to have during a war.

But anything that complicated can have a lot of things go wrong. And considering it’s going to hold American soldiers, skipping tests is the worst possible option for saving money. Our military is the greatest precisely because we take so much care to preserve American lives.

And from a financial standpoint, rushing through a complicated product without testing will always end up being more expensive. Every businessman knows this.

Fact is, rushing through something this expensive without safety testing runs against every good Trump money-saving principle we have.

And it’s putting American soldiers at risk. No ship is worth that.