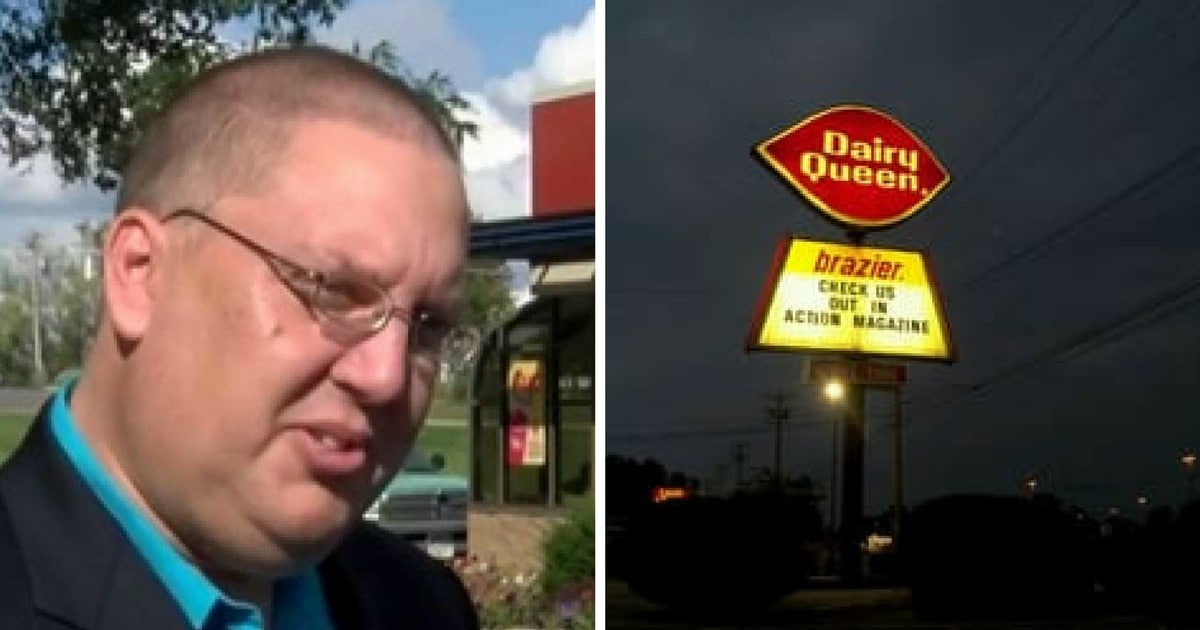 If liberals were never allowed to complain, they simply wouldn’t speak.

Fact is, most of the things liberals actually accomplish all start with complaining. And usually end in complaining. Most of the work being done, frankly, is being done by conservatives. The lib complaining just drives the engine forward.

So it’s nice to hear a story where liberal complaining literally does nothing at all – stops no one, starts no riots, and gets no good conservative politician fired.

After all, as one Dairy Queen store owner knows, anything that makes libs complain is good for business.

Wisconsin Dairy Queen owner Kevin Scheunemann generated a lot of buzz — and a lot of business — when a “politically incorrect” sign he posted on his store door offended an out-of-towner who took to social media to complain.

Now, to be fair, there’s a lot of things that I would find offensive on a front door. Maybe Scheunemann’s sign went too far? You’d think, though, that with the ‘snowflake safe space’ jab, liberals would have gotten the hint. Or at least not made themselves part of the joke.

“I find this extremely offensive,” whined an Oregon woman who goes by the name Ashley Coleman on Facebook. “Please speak with the franchise owner,” she added.

Dairy Queen Franchise Sign That Says 'In God We Trust" – Customer offended 👍 I will drive up there just for a cone. https://t.co/Lz1ILvWC3K

But owner Kevin Scheunemann doesn’t mind. He is, like most conservatives, a good businessman. And his business isn’t hurting one bit.

Quite the opposite, in fact.

“Business is good, thanks in part to a sign that’s hanging on the front door.”

And that was a CBS reporter’s quote. If the Mainstream Media can admit it, perhaps the rest of us can as well?

Business owners in the area also came to Scheunemann’s defense.

“He posted it on the door so you see it before you walk in,” said local store owner April Serwe. “You don’t have to walk in if you don’t agree with it.”

Some Kewaskum residents even said the sign is unnecessary, since most all of them “share the same values.”

It seems the town is right in step with Scheunemann.

Poor lib snowflakes – no safe space for them in Kewaskum.